It was all going so well .. so well. I came back from Amsterdam and with a bit of faffing about with shimming and extra packing, printed 11 of the large Tree woodcuts. 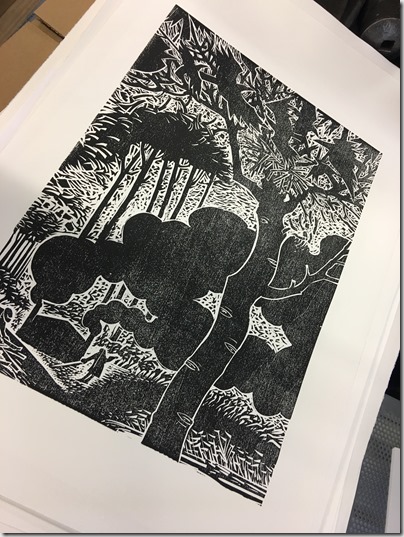 “Alder” one of my favuorites,  with the charcoal burners and rooks.

Then the last one just would not print. 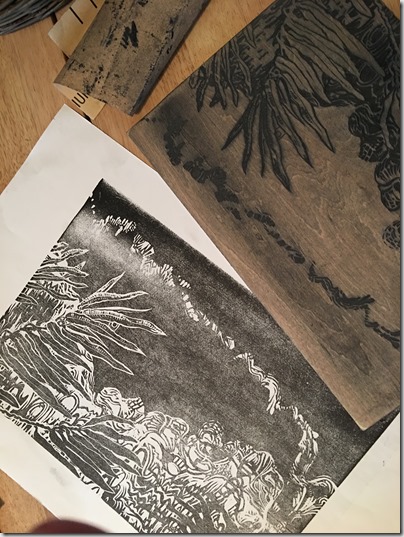 There is a low strip in the wood and sod’s law it is on a part of the block which really needs to print a nice even black.
All  day Friday and again on Monday I tried everything;  shims, extra strips on the back under the low spot, raising the grain with steam and sanding down the high spots but still it refuses to print.

By lunch time on Monday I knew this was doomed so the only remedy was to cut another block.  Resigned,  I came home and promptly feel ill with an awful cold and I thought I had come through the winter pretty well! Wednesday, still with my awful cold  but cheered by the arrival of frogs in the pond, I re-cut the block. What a pain. But as with all these setbacks there is something to learn.

The dip in the wood was impossible to discern in its raw state but in future before starting I will run a block and sandpaper over the surface of the wood to flag up any serious flaws. To be fair this is cheap plywood and its done pretty well so far. 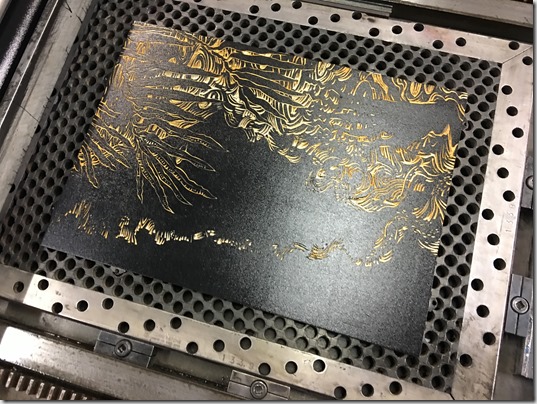 Eventually on Friday, still with the awful cold, I finally managed to print the last block. 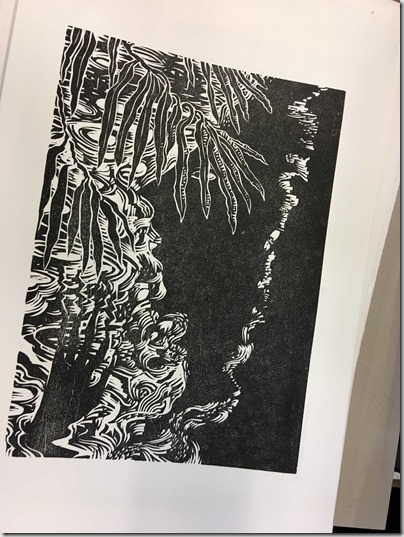 Printing these blocks on the Western Press has been interesting and quite a challenge. They are big plates so need lots of ink.  I have double inked most of them and re-inked the rollers after every 2 or 3 prints. The tricky thing has been keeping the printing more or less consistent over the series; not too dark and not too light. It’s a balance of inking and pressure.

Some blocks are slightly higher than others and need less packing, some need lots of packing and more re-inking. Each plate must be proofed individually. It’s a slow and painstaking business.

I decided early on that I would let the grain of the blocks show. It gives an added texture to the prints and of course, as they are about trees it is much more appropriate than slapping on a heavy black and obliterating all the fine grain texture.
I am hoping to make 20 books. 10 with these plates printed on the Western and 10 with images I print at home. I am hoping to add another colour to some. But the next step is the binding.