I spent quite a few hours out and about today, the weather has been glorious and Leu Gardens were setting up for their Plant Sale which will be taking place tomorrow and Sunday.

There has been little time for drawing and so I decided to look in the fridge and see what readily came to hand. I do like strawberries. We have eaten many, many, strawberries over the last few weeks and, despite the frosty cold snap about a month ago, there seems to be a never ending supply. 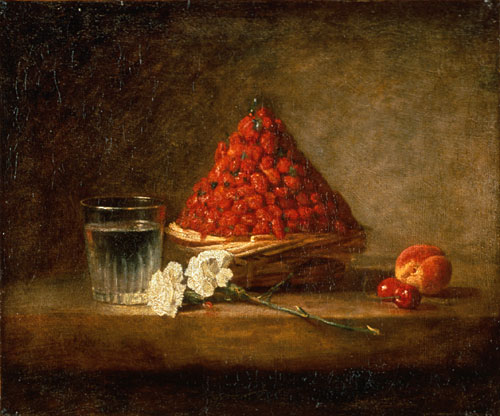 Chardin’s beautiful Basket of Strawberries at the Metropolitan Museum of Art .

The strawberries we have been enjoying come from the well named Plant City, known as the Winter Strawberry Capital of the World which, in early March, hosts a Strawberry Festival dating back to 1930. I was rather disappointed to see that the Festival Queen was not dressed as a giant strawberry, and also disappointed to find out that Plant City was not named after the many crops that are grown in the area but ” in commemoration of Henry B. Plant, and his railroad, which significantly boosted the commerce in this primarily agricultural community by incorporating it with the South Florida Railroad.”

I have 3 punnets of strawberries in the fridge from Wishnatzki Farms.

“Punnet” is a curious word, probably a diminutive of “pun”, a dialect word for “pound”. The use of the word for a container may have originated with an 18th century English farmer in Bromley who sent his strawberries to the London markets in “punnet” baskets. It is hard to find those nice little wooden containers now, which were woven from split willow or reeds. Strawberries used to be sold in “pottles” which were cone shaped woven baskets. Here, from the familiar “Cries of London” engravings, is the Strawberry Seller. 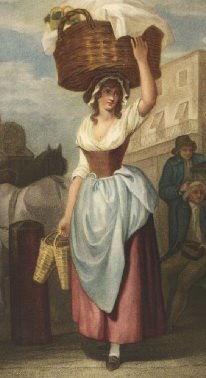 This was such a pressing need in America that in 1868 John Knox of Pittsburg offered a generous $100 prize for ” the best type of Gift box”. At the same time the “Burlington Free Fruit Box” was being developed “made of 2 pieces of wood veneer, put together without glue or nails, shipped in the flat, cost $10 per thousand quarts.”
Today we have the serviceable but very unlovely plastic containers

I am sure you are wondering exactly what a punnet should hold .. well that depends.
A pottle should hold about a pint and a half, and a punnet about an imperial pound, but different punnets were made specifically for different contents.

From The Book of the Garden, 1885 by Stevenson Whitcomb Fletcher:

Punnets: Round shallow baskets made of deal shavings. Of these there are four-namely;

My punnet of supermarket strawberries does not contain what I would call the “Rolls Royce” of strawberries, but what are these days? What I can’t understand is why, now, the little central cores don’t come away when you pull the green leafy bit off, officially called hulling. I remember when we picked them from the garden they hulled just perfectly, but that is some time ago. I presume they have bred them to be firmer for just those transport problems which gave the early growers such a headache. And, are they as sweet and delicious as they used to be? It seems not but that is probably just a fond childhood memory. 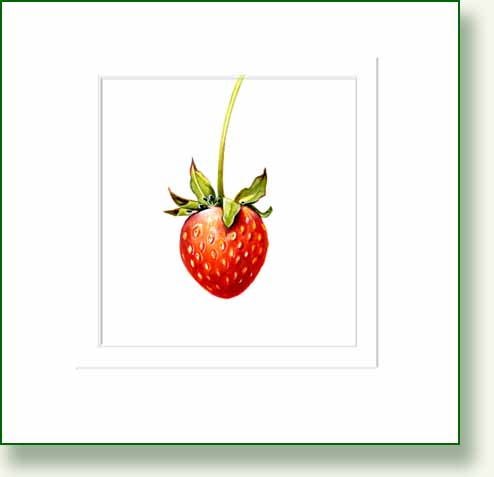