I was going to concentrate on some landscape sketches this week but then last week I found this gorgeous little seed pod and just had to draw it. Sadly, I had missed the flowers on this little, low growing Gardenia, Gardenia jasminoides.

Carl Linnaeus named the genus after the very interesting Dr. Alexander Garden (1730-1791), the Scottish-born American naturalist, who was a doctor in South Carolina. His greatest enthusiasm however was studying natural history, but finding no like minded neighbours; “there is not a living soul who knows the least iota of Natural History,” he parcelled up his findings of plant and animal species and sent them to John Ellis, a zoologist in London, and to Linnaeus in Sweden. For his general services to botany and medicine he was honoured by the naming of the gardenia.

Gardenia is native to the tropical and subtropical regions of Africa, southern Asia, Australasia and Oceania, and was originally known as the Cape Jasmine. John Ellis describes the shrub in a letter to Phillip Carteret in 1760.
“The Cape Jasmine is the most rare and beautiful shrub that has been introduced into the European gardens, as well for the refreshing smell of its double milk-white flowers as the perpetual verdure of its leaves, which are like those of the lemon tree. We are indebted to Capt. Hutchinson of the Godolphin Indiaman for this curious discovery, who about six years ago found it growing near the Cape of Good Hope” 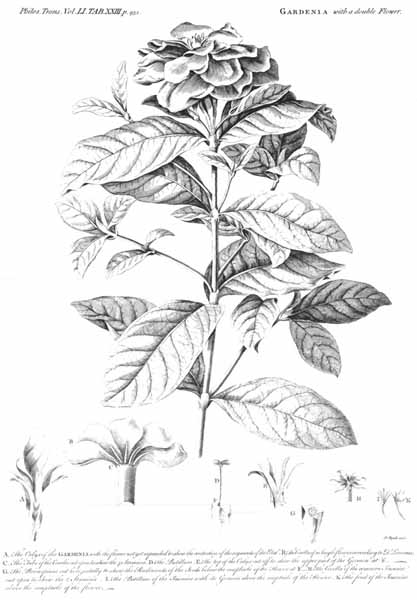 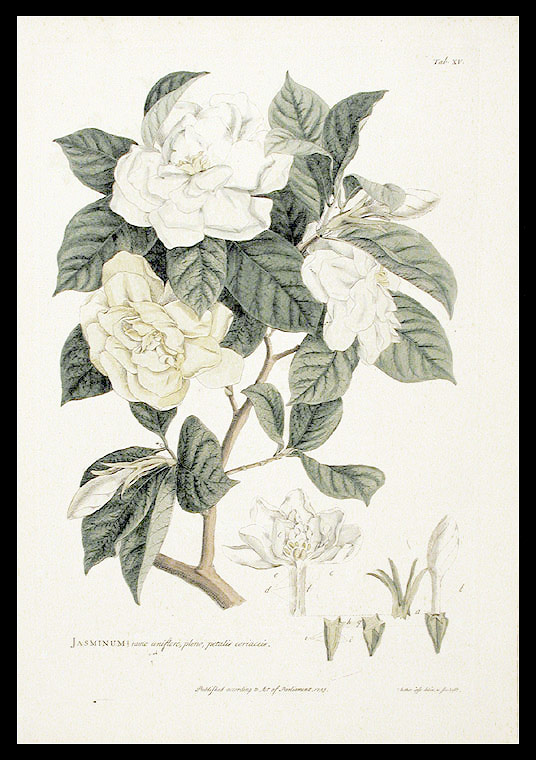 The beautiful Gardenia was already well known in Asia, where it was revered for over 2000 years for its heavy scent and medicinal properties. In Japan it is called kuchinashi where a reddish yellow dye was made from the chopped and boiled seeds which contain crocin, the same colouring that is derived from the saffron crocus. Boiled in water, the end product required no mordant, and textiles, when dyed with a combination of safflower and kuchinashi, became a beautiful deep yellow colour, the designated colour for the robes of a crown prince.
Although superseded now, it was also used as a printmaking colour and Roger Keyes writing about Japanese colourants notes that “ the dyeing of cloth was a fine art when the first prints were made and, hence, the colorants used in treating cloth were likely to have been employed initially in printmaking…” 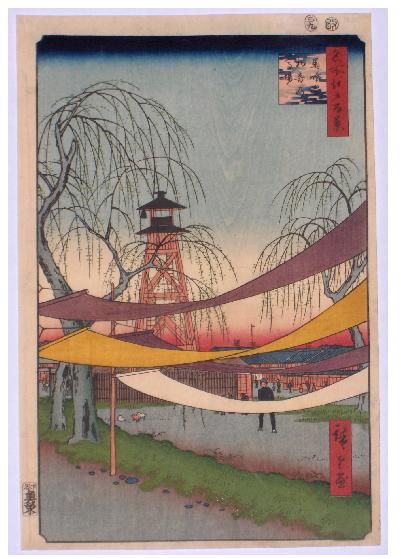 If you like the scent you can make your own Gardenia tea by adding a flower to a tin of loose tea leaves and sealing it for a few days, similarly with rice or oats to make flavoured desserts. Traditional Chinese medicine uses the gardenia to treat many aliments, including to “drain fire” and treat fevers. The kernel of the gardenia berry is used for herbal poultices to treat sprains, pulled muscles, or inflammation and there was some recent evidence that it may help in controlling diabetes.

I am sure the health food shop across the road will have many remedies containing gardenia in some form, but my fondest memory is of the “Gardenia” perfume which you could buy in small cheap bottles from the now defunct Woolworths. The contents I am sure never saw a gardenia in any way shape or form and but the sickly smelling perfume along with a bunch or two of flowers was of course enthusiastically and gracefully accepted by my mother on Mother’s day. Gardenia is now one of the Elizabeth Taylor perfumes, “Launched in 2003, it has fragrance notes of gardenia, jasmine, lily of the valley, orchid, rose, white peony, carnation, and musk “, and I am sure is far superior to the Woolies version.
__________________________________________________ 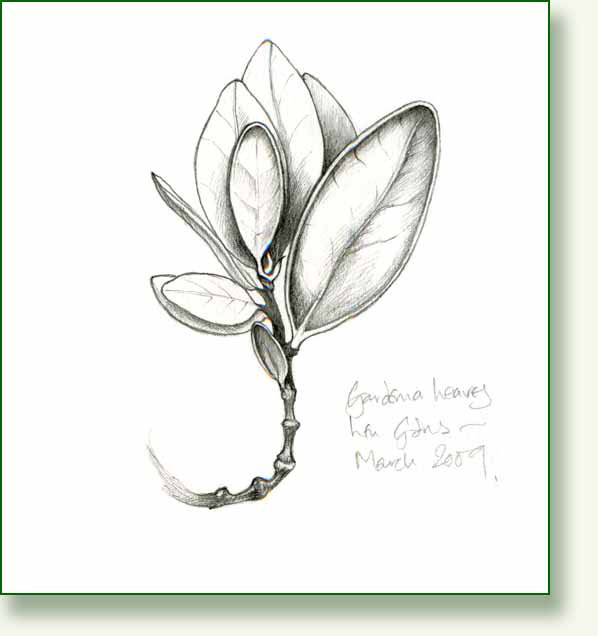 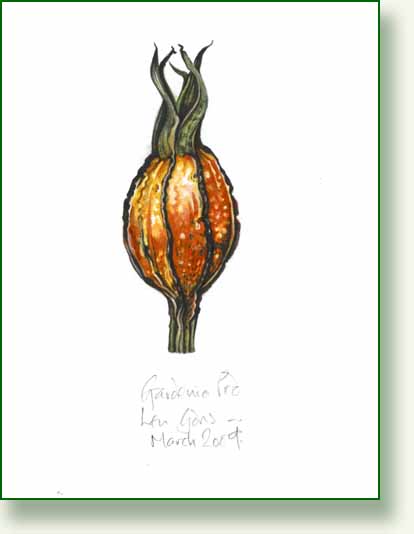