Sometimes something unexpected happens at the Gardens. Yesterday I walked through the double doors into the garden and saw a new and overnight mushrooming of mushrooms. My eyesight is not what it used to be, but it seemed perfectly possible to me, the newcomer , that this was a manifestation of some Floridian species I had not encountered before.

There on the lawn and, from a distance very convincing, were these great paper mushrooms. They are the work of Doug Rhodehamel who is an Orlando artist and has an ongoing project called “Spore.” 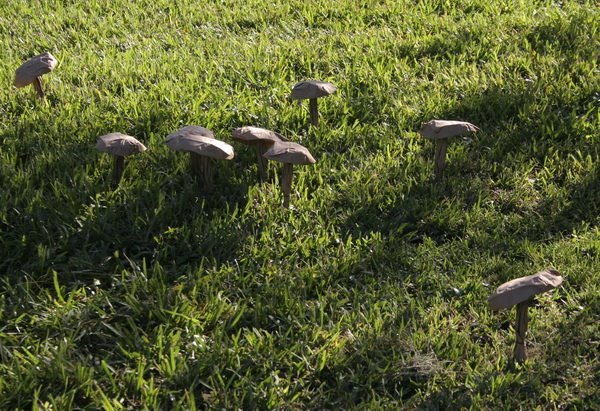 It is such a fun and unpretentious project and here from his website http://www.dougrhodehamel.com/spore_project.php he explains.

The idea behind the paper bag mushroom grew innocently out of lunch in high school. While sitting around waiting for the meal break to end, I squished my lunch bag into a mushroom and gave it to my friend. This became a daily routine. Years later I figured out a way to stick them in the ground. I then began placing them in my friends’ lawns while they were at work. It was meant as a joke, but other people loved them and asked me to cover their yards with mushrooms as well. I began making hundreds, then thousands. I did them for festivals, art shows, parties and just for fun. I began getting calls from teachers asking if I could come show their classrooms the art of making paper bag mushrooms. This is where the SPORE Project began. I developed the SPORE Project to build awareness, specifically to let people know the importance of art. Art is essential: It promotes intelligence and creativity, and it’s a great expressive outlet that inspires people toward new perspectives on life, which we all need and need frequently.

There are instructions on how to make them too. What fun. I love anything made from paper and am afflicted by sporadic paper crane making mania so I am making a mushroom today .. I just happen to have a paper bag to hand.. the washing can wait. There are so many other beautiful mushrooms about at the moment all doing really picture book type mushroom things. All you need is the caterpillar and hookah and a couple of pixies to complete the scene. Recently colonies of small brown ones have sprung up looking like little fairy citadels growing in tiers in the grass and on old trees. There are single beautiful specimens and the many fascinating bracket fungi. 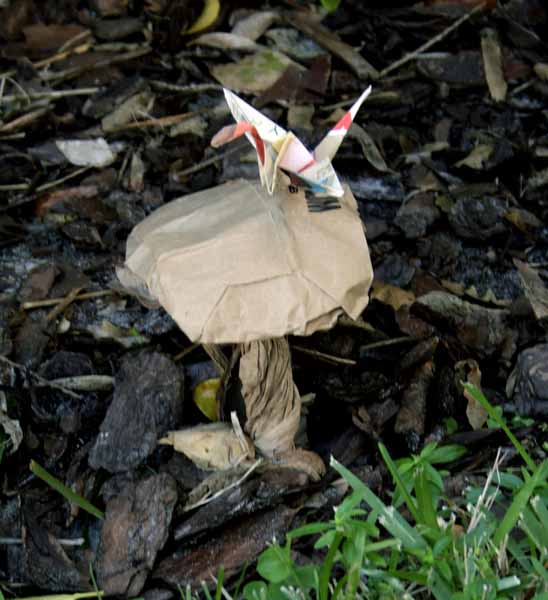 and some others I made earlier :)… 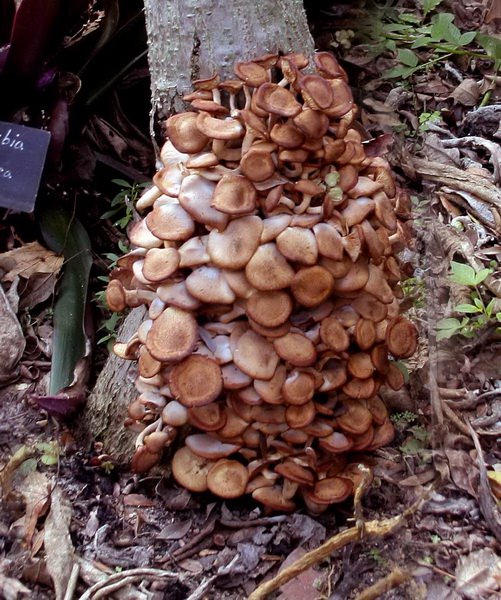 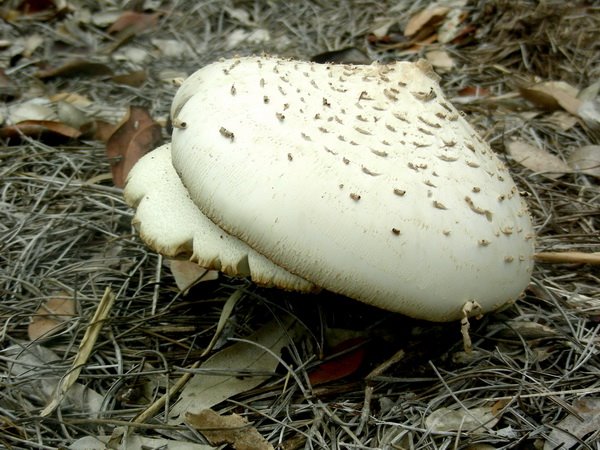 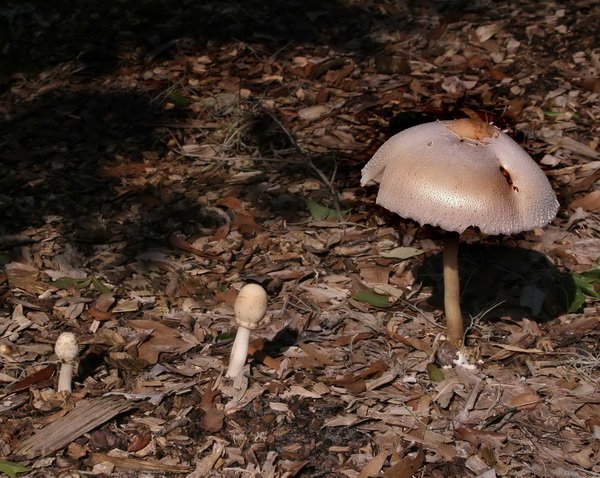 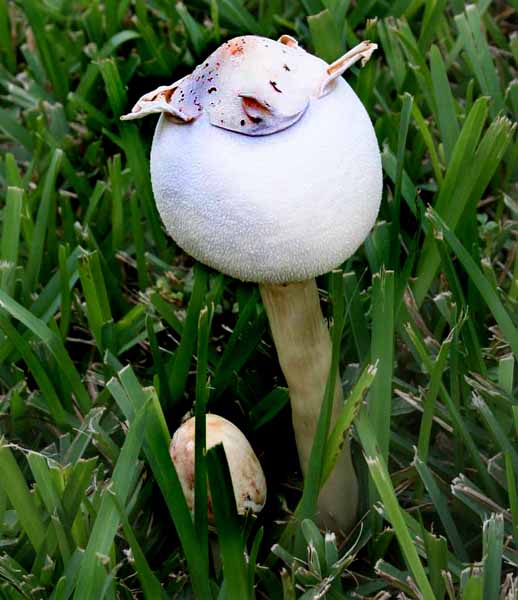 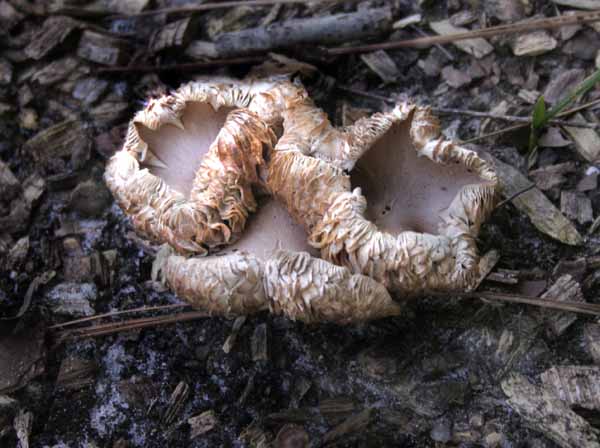 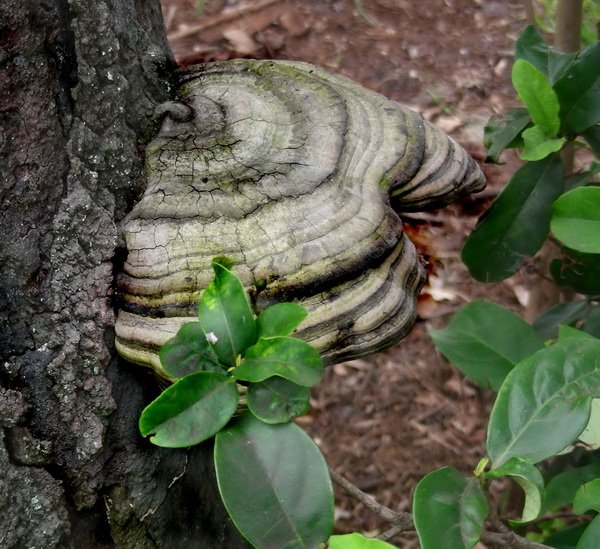 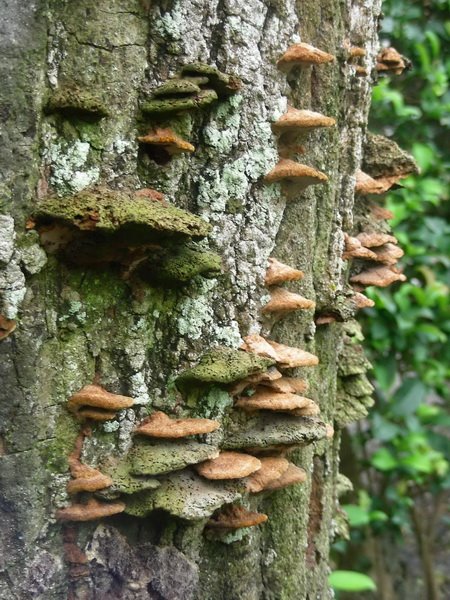 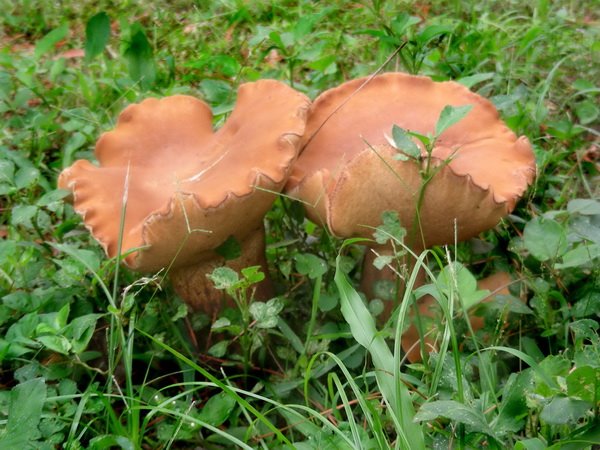 Mushrooms and fungi from Leu, I havn’t a clue what they all are….no drawing today, it’s Saturday.