Today was the first day I have been caught in the rain. The weather changes in the blink of an eye here, one minute there is sun, the next it’s as black at night. Usually it rains after three but today at midday I was cycling for the last ten minutes in torrential rain, thunder and lightening, and trying to remember the thunderstorm advice which they give on the weather channel. One is to stay away from trees, which is quite hard in Winter Park, but if you happen to be in a wood to shelter under a small tree and if out in the open you should make yourself into a very small target by crouching down. I am already a pretty small target so being short does have one or two advantages then!
Before coming to Florida I had experienced torrential Central American rain which was the tail end of hurricane Katrina and, relatively gentle, European thunderstorms but having had one incident here with horizontal rain and a whirling demonic wind which tore through the open windows in the apartment and flattened everything in its path I take good heed of all advice and forecasts.
There is the 30/30 rule, which is to count the seconds between hearing the thunder and seeing the lightning. If it is 30 seconds or less, the lightning is close enough to be a threat so seeking shelter is very important. Also one should wait 30 minutes after the last lightening flash before venturing out as apparently half the deaths from lightening take place when you think the storm is over, it can strike up to 10 mile away from its source!

If you were ever to scoff at the time and trouble they go to here to ensure we are all informed, to the minute, about approaching storms, you should read about the devastation of Hurricane Charley which swept through Orlando in 2004…even Mouseland had to close! 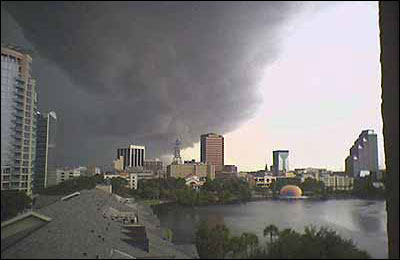 There will never be another Hurricane “Charley” or “Katrina” because severe hurricanes have their names “retired”, their sombre associations and destruction consigned to memory. Other names get recycled. The naming of hurricanes is interesting. Pre 1953, hurricanes in the West Indies were named after the particular saint’s day on which they occurred but from 1953 the United States Nation’s weather services began using female names for storms. ( “hell hath no fury” I suppose) Only 25 years later did they try to redress the balance by bringing in men’s names. I am not sure who is next.. and we are not even half way through the season.

But back to gingers..there are many, many more gingers than I thought there were. I am beginning to be able to spot them now and they are everywhere. Today I was going to try to understand the classification but having spent a couple of hours now trying to find the definitive guide with no luck at all I realise it won’t be easy. Here are the main types, most of which I have seen and photographed at Leu.

Alpinas– Called the “shell” gingers due to the seashell like flowers. This one is Alpina zerumbet 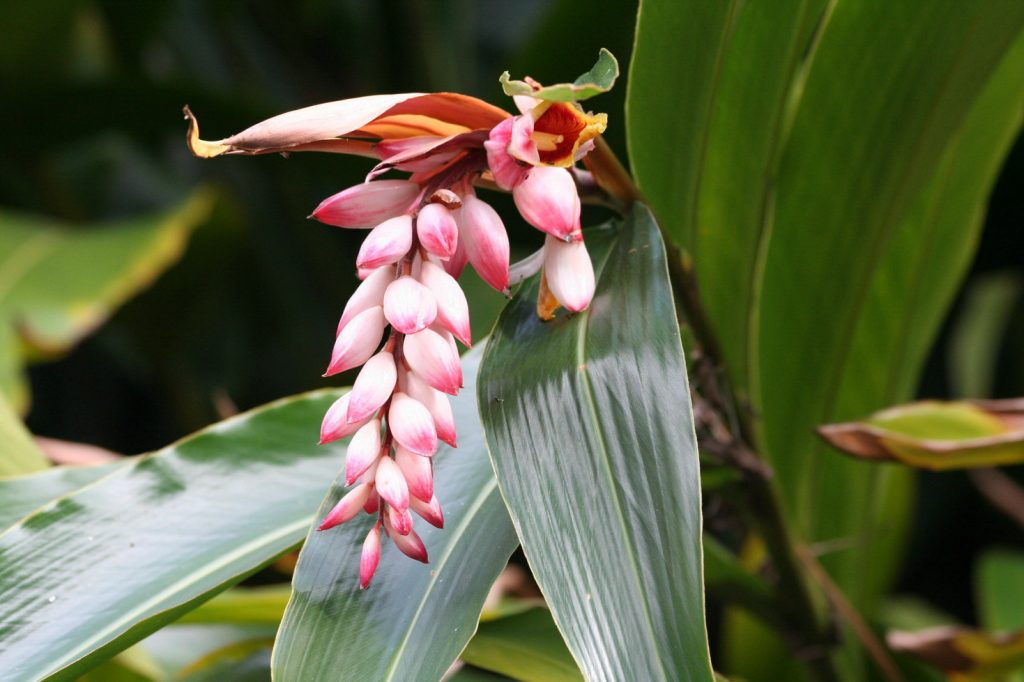 Curcumas — these are known “hidden” gingers, as the flowers are tucked away in the leaves. This pretty one is called candy cane Curcuma rhabdota 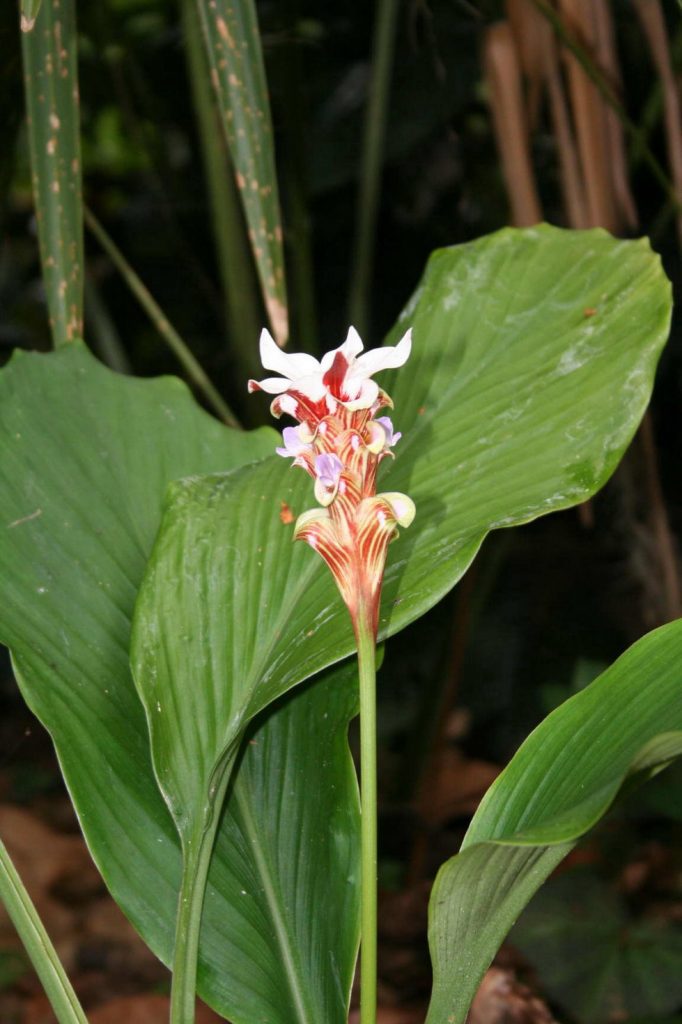 Dichorisanda Not a true ginger but very similar. This is a the “Blue ginger”, Dichorisnada thyrsiflora 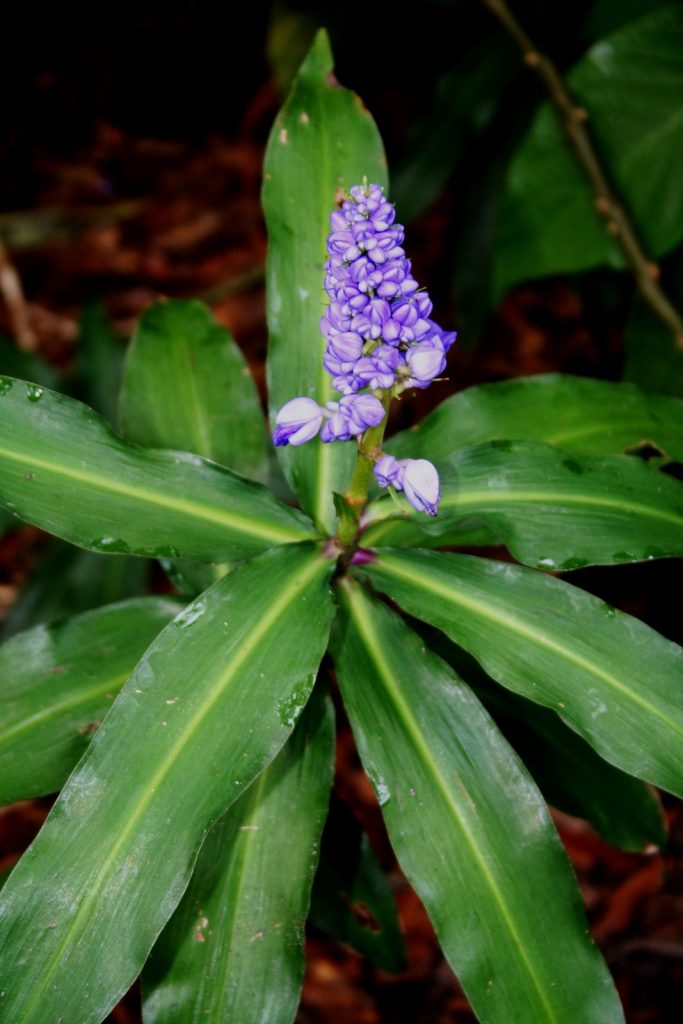 Elettarias — Known as Cardamon ginger. I have not seen one of these at the gardens yet. 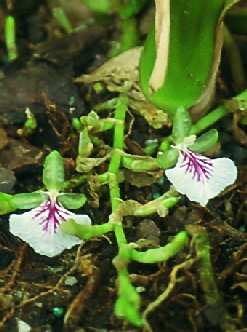 Globbas — The dancing ladies, as I drew yesterday. 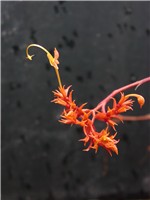 Hedychiums — Called “butterfly” gingers. This is the Luna moth ginger which I drew before and the orange pagoda shaped one is hedychium coccineum 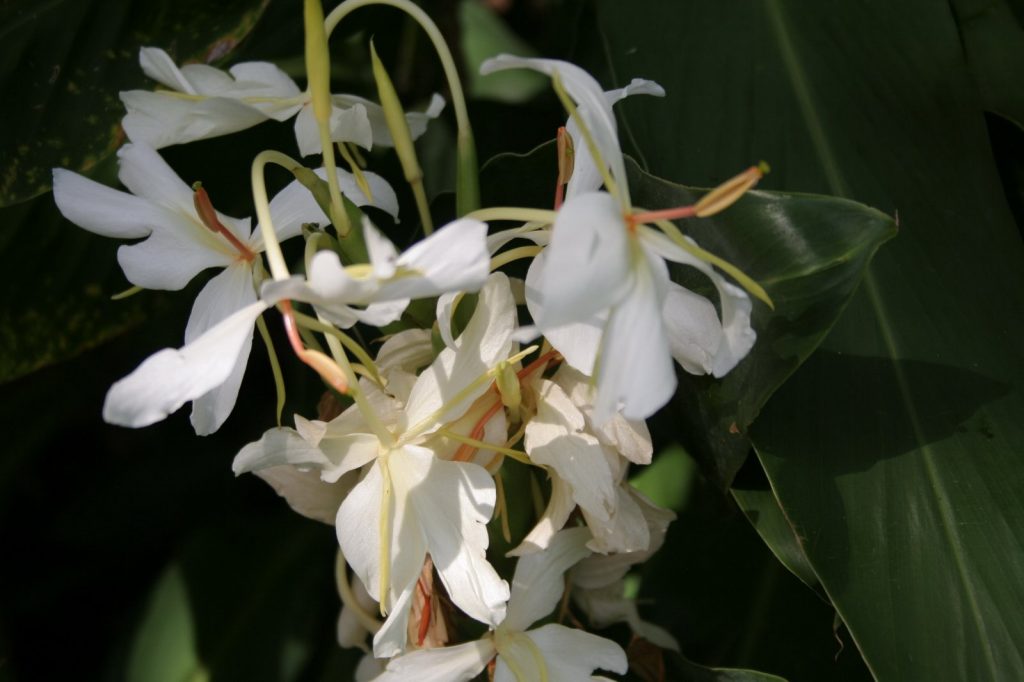 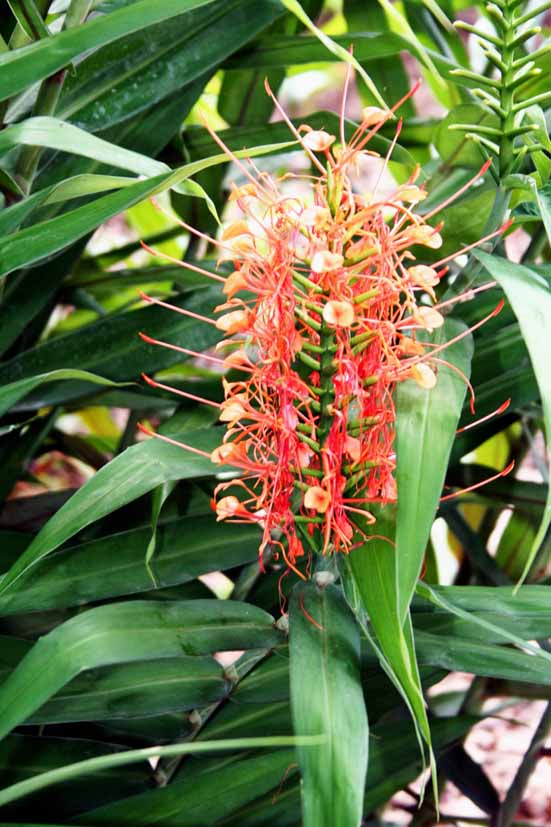 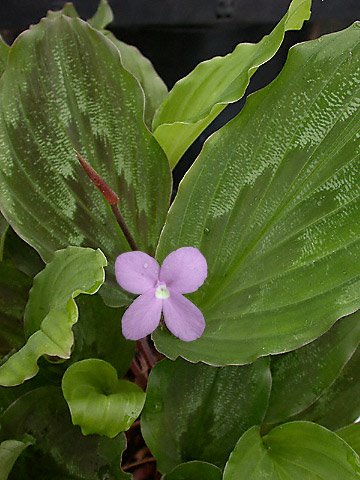 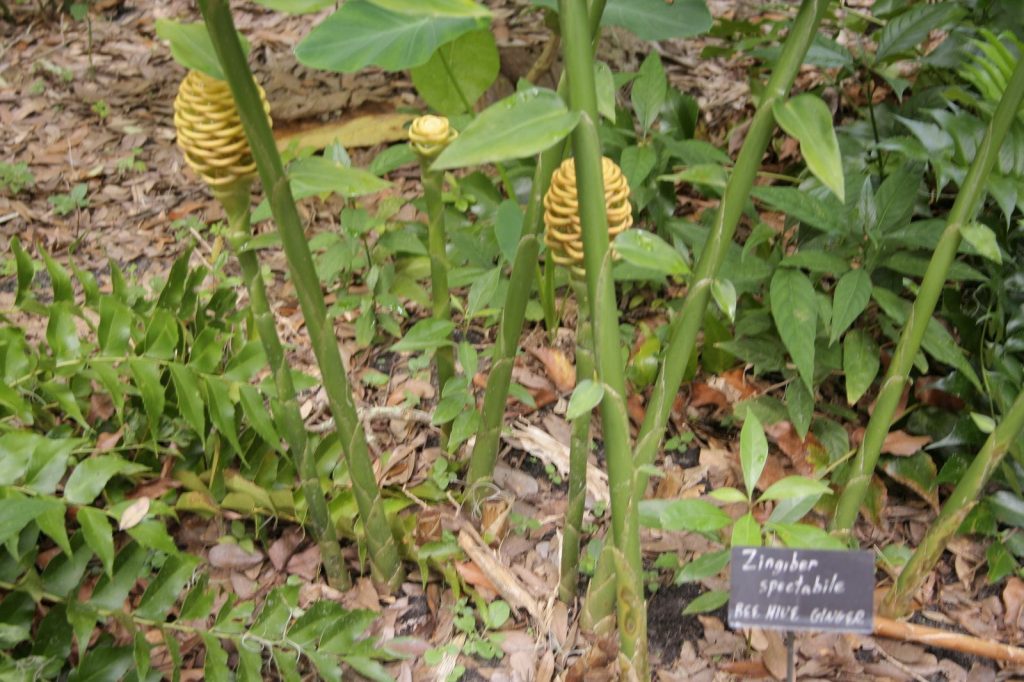 The edible ginger is a much more modest plant but completely wonderful. Tomorrow more about ginger and gingerbread. 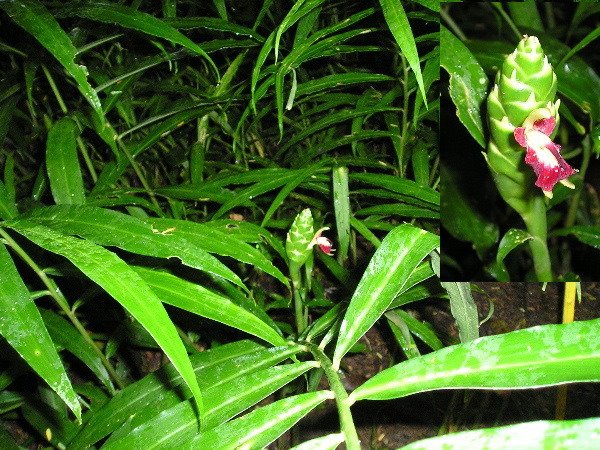 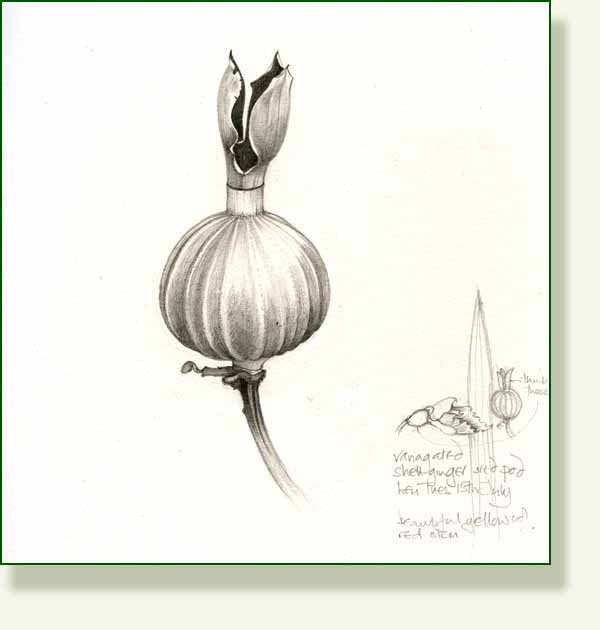