Leaf of the Day: Peruvian Cotton; Pieces of Cloud, Sun-Warmed Hummingbirds and a Bol

I have been to the gardens today and went very much “off path”. It has been a beautiful day and I have found many new things tucked away in corners and scrambling over chain link fences. There is quite a bit of clearing and cleaning up going on and this makes more plants accessible and visible. I found a huge magnificent fig tree of some kind, tucked away and out of general view, which must have been an old specimen tree as it is close to the old main house. Three climbers, new to me , the pretty Butterfly Vine the beautifully scented double Rangoon Creeper and the very garlicy Garlic vine. Three more edibles, the Muntingia Strawberry tree, the Mysore Raspberry and the bizarrely named Jaboticaba. I wonder if I will ever get round to drawing them all.

Meanwhile, the variety of cotton I am drawing which is growing at Leu is Pima cotton, Gossypium barbadense, also known as Extra Long Staple, South American Cotton, or Sea Island cotton, and is the same species as the luxury Egyptian cotton. These cottons have extra long silky fibres, the staple, which yield a thread that can be woven multiple times to create a dense, soft fabric. It originated in Peru and at Ancon, a site on the Peruvian coast, cotton bolls dating to 4200 BC have been found. In 1991, a 125 acre complex of huge stone structures at El Paraiso, on the central Peruvian coast, was excavated .The site had been occupied between 1800 B.C. and 1500 B.C, and discoveries of cotton artefacts and simple clothing indicated that the settlement was founded as a cotton-producing center.
Pima cotton is called ‘gamuza’ by the Peruvians, meaning suede in Spanish because of its silky soft feel and brilliant luster. Here is a detail of beautiful ancient Peruvian weaving from a funeral mantel. 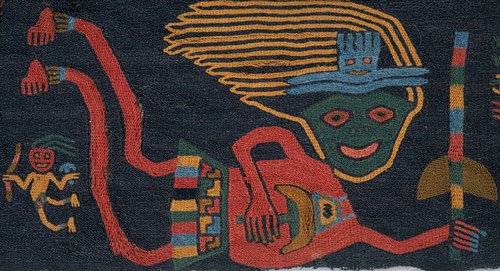 Among the most celebrated textiles from ancient Peru are the spectacular, large mantles that swathed the bodies upon burial of important individuals living on the south coast of Peru more than 2,000 years ago. The dry climate in the region preserves many of the textiles, whose complex structures, intricate designs, and range of brilliant colors attest to the inordinate talent of ancient Peruvian weavers and embroiderers.
Metropolitan Museum of Art here

The South American peoples developed high levels of technical and artistic ability using cotton. The Paraca, Moche, Nazca and later on, the Wari peoples, used cotton to produce knotted looped, woven and embroidered fabrics which were coloured by painting or dyeing and cotton was used not only for fabrics, but also for fishing lines and nets. I read that the ancient Peruvians believed that cotton was fragmented pieces of clouds fallen to earth as a gift from their gods to clothe the people.
I got completely and utterly sidetracked by Peruvian fabrics and way off the track of cotton .. but their work was so beautiful .. here is another, again from the Metropolitan Museum. 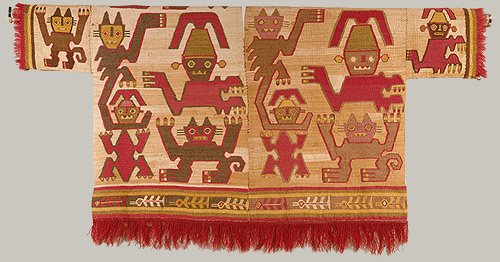 The production of cloth was highly developed in ancient Peru. Textile garments conveyed important social, political, and religious messages depending on the materials and the imagery elaborating them. Andean weavers were full-time specialists. They worked in a wide range of techniques, including twining, knotting, plaiting, and weaving. This shirt is woven in tapestry weave, a technique in which the wefts are so tightly packed that they completely cover the warps. Tapestry was considered a high-prestige cloth in ancient Peru as elsewhere in the world.

Below is a delightful detail from another mantle, from the University of Illinois collection here 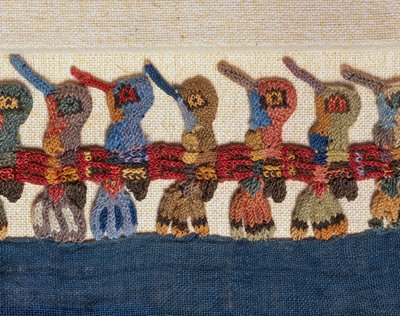 This exceptionally well preserved textile from Nasca (c. 100 B.C.) shows a monochrome cotton center. Around its borders have been positioned numerous needlework hummingbirds, most likely made of alpaca wool and created in a technique called needle-knitting, related to embroidery. The ancient Peruvians considered the hummingbird a symbol of regeneration, possibly suggested by the behavior of this tiny bird. In the Andean mountains–the habitat of some kinds of hummingbirds–the nights are very chilly. The hummingbird sleeps at night, and to revive its energy, the hummingbird needs to be warmed by the rays of the sun. The ancient Peruvians interpreted this peculiar behavior as a resurrection of the bird, a rebirth to a new life.

I admire these fabrics so much; the colours, the techniques, the imagery and most of all the “story”, the symbolism and narratives .. just fabulous. 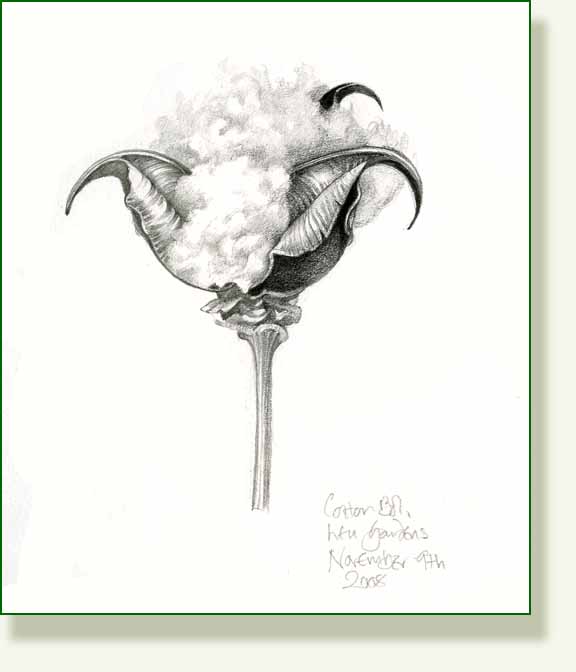