This pretty spotty leaf is a very small one from a much bigger plant, which I am sure is a diffenbachia, growing in a shady side road here.
The diffenbachia is a well known houseplant in the UK and another to be treated with some respect. It’s called the “dumb cane” with good reason as the plant contains tiny, needle sharp, calcium oxalate crystals. These puncture the cells and release a protein called asparagine, which causes severe inflammation of soft tissues. Chewing on the leaves makes the tongue swell and can restrict both speech and breathing. A guide I read here advises that you should “dissuade your rabbits, canaries, dogs and cats from snacking on the leaves.”

Its medical uses are, as you can imagine, interesting.
The German pharmacologist G Madeus in 1938 writing about some if its unusual applications had found that Amazon Indians used it, not only as an ingredient for poison arrows, but also to sterilize their enemies. In parts of the Caribbean it used to be thought that chewing a leaf was an effective temporary contraceptive. I can only assume that your lover would be struck dumb as well…. “whispering sweet nothings” would become more truth than romantic foreplay, some ladies possibly finding it an added attraction to be spared the verbal encouragement.

In light of this alarming information I think that, in addition to the treasured pets, you need to dissuade your man from snacking on this plant lest he be rendered both speechless and useless. (There must be a joke in there somewhere..) 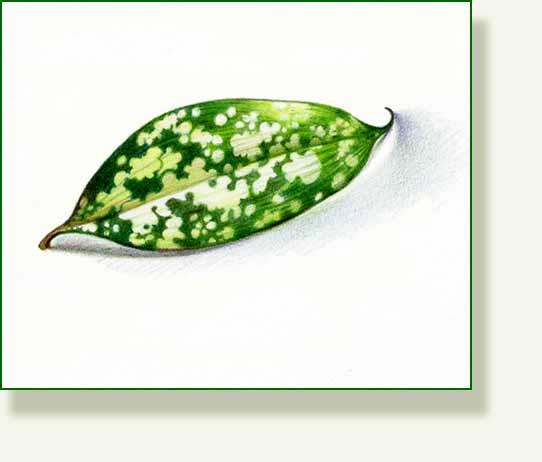