I have spent most of the day catching up and trying to identify a few bits of leaves that I brought back with me. I was so pleased to learn about some new plants especially the medicinal ones.
Today’s drawing is of the Greenbrier, part of the Smilax family. There are several species in the Cedar key area so I am not exactly sure which one this is. It forms a dense low growing twining scrambling prickly mass. The new shoot I have drawn has no thorns. The much older leaf has thorns on the edges of the leaf and along the underside of the central vein. Despite this, the tender young leaves are edible having a “nutty” flavour, and the tubers were a staple food for the native Americans in Florida.

“Smilax:
The young, tender roots were eaten after boiling or roasting. Starch was frequently extracted from older roots. They were chopped up, pounded, mixed with water and strained over a container. After a while the starch settled to the bottom. It was gathered by carefully pouring off the water and was then dried and ground into flour. Greenbrier starch is reddish in color. A small amount of it mixed with hot water produces a jelly to which honey can be added to improve taste. If more water is used, the mixture makes a pleasant drink. The starch can also be used a a soup thickener or mixed with cereal flour and made into cakes and breads.The roots themselves served to make the original root beer.
Greenbrier roots were called “contichatie” (red flour root) by Florida Indians, for whom it was an important food item. “

“The Encyclopedia of Edible Plants of North America: Nature’s Green Feast”
I have recently come across this useful book which, I will be taking with me everywhere.

A type of sarsaparilla,(root beer) that can be made from the tubers of some species was widely drank as a tonic and had a curious reputation, unfounded it seems, as being a good cure for syphillis, so was the favoured drink of the cowboys after a night on the town. But that has worried me now because I am sure that “Sugarfoot” (oh dear ..how old do you have to be to remember that on the TV!) always drank it, so my girlish illusions of that particular romantic young cowboy are now shattered. What do you think girls? 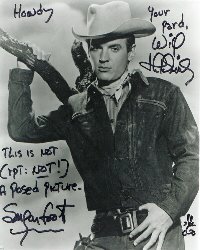 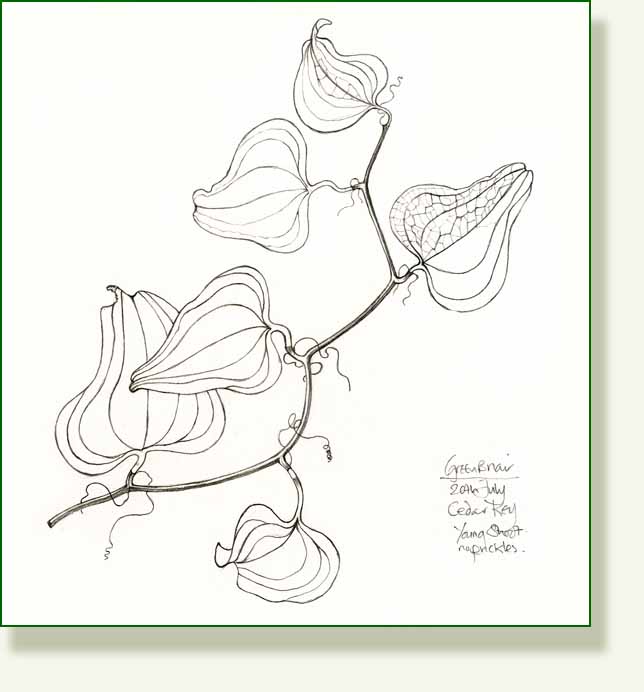 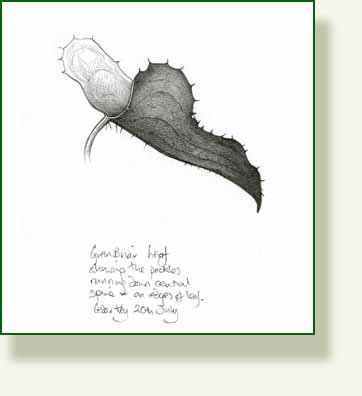