There are times, when looking at plants, that I am torn between recording a fascinating story or an interesting image. As in life, often the most unprepossessing looking things have the best stories and after yesterday and the dentist I could not help but write about the Toothache Tree, Zanthoxylum americanum the Prickly Ash, the Suterberry or Tickle Tongue and its close relative Zanthoxylum clava-herculis Hercules Club.

The tree at Leu has very few leaves at the moment, so the drawing is less than exciting and even when flowering it is a modest tree, but one which has more to shout about than most. This one at the Gardens is Zanthoxylum clava-herculis. The Hercules Club name refers to the possibility that a club with thorns in it was used by Hercules. 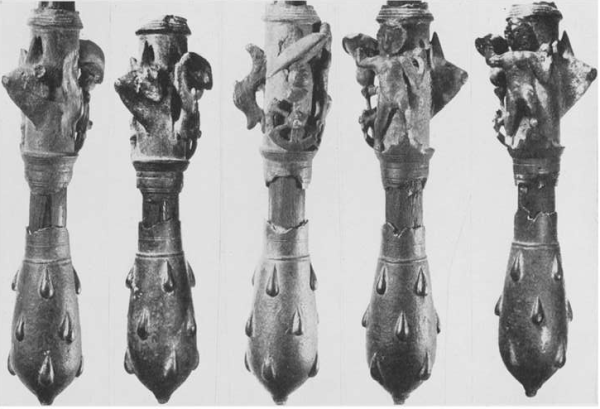 Bronze Mace from Willingham Fen, Cambridgeshire”, The Journal of Roman Studies (1949).
This looks as though it would have been far more useful for my toothache than chewing a leaf.

The tree trunk, as below in the photo I took back in July, will develop very sharp downward pointing spines which protrude from corky bumps on the trunk . The smooth trunk is of the smaller tree at Leu which has no spines yet but the same mottled and spotted bark. 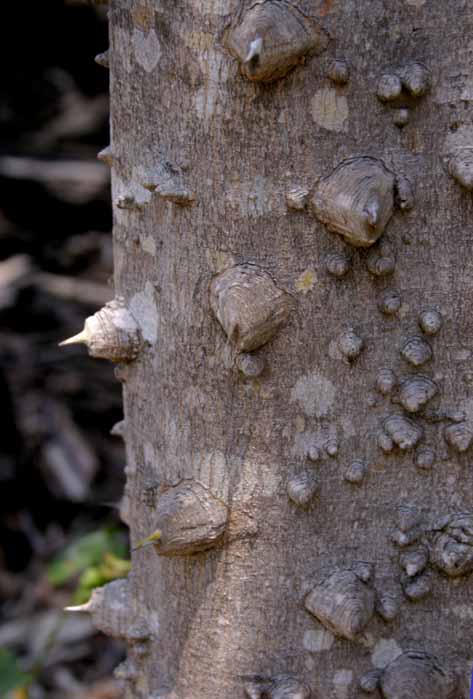 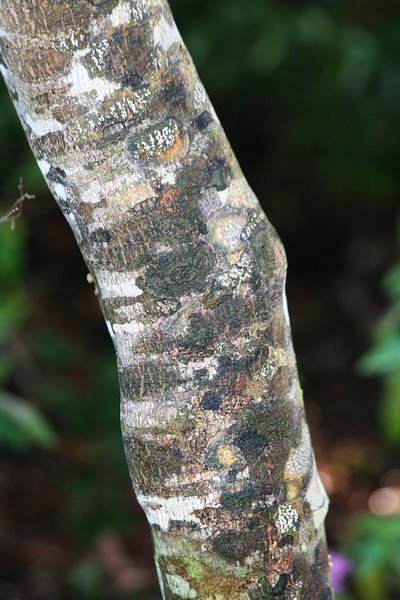 The compound leaves are covered with fine hair when they are young, becoming smooth as they mature and have spots containing aromatic oils on the outer edges and around the central vein. Even on this old fallen leaf I am holding you can see the clear white dots, which are full of oil. The smell is beautiful ..a little lemony. 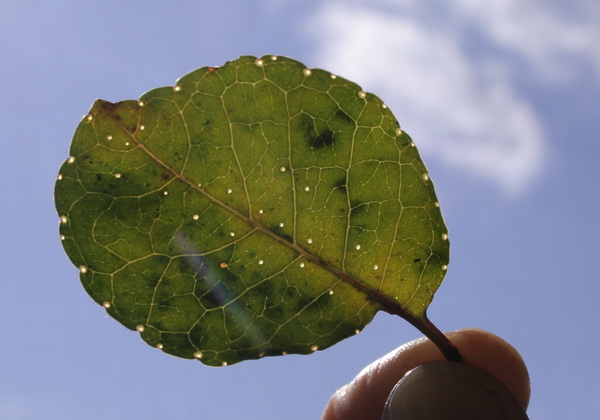 There will be strange looking green colored flowers on old wood prior to the leaves and then seed capsules and later shiny seeds which are “edible” (if numbing) and taste spicy. 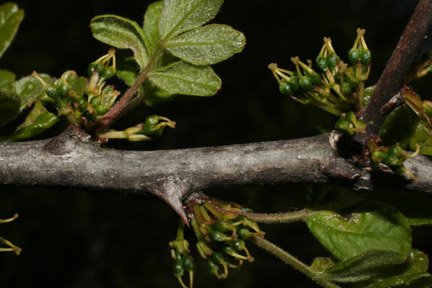 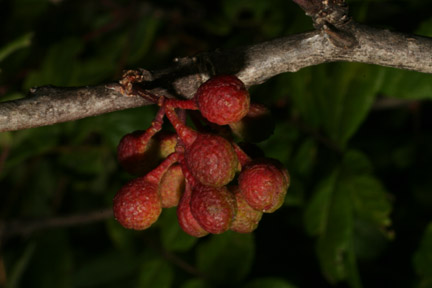 The native Americans and early settlers used this tree to relieve toothache by chewing the bark or crushing it to made a poultice for their gums. The active ingredient is an alkaloid which I can confirm produces a quite pleasant numbing effect. I just chewed a leaf.
It was also used by native Americans for almost every other ailment you can imagine. Poultices for external wounds and infusions for diseases as diverse as gonorrhea, sore throats, and stiff joints and muscles.They passed their knowledge on to the early settlers and between 1820 and 1926, prickly ash bark was listed in the Pharmacopoeia of the United States and regularly in use for digestive disorders, to reinforce the nervous system and as a cure for cholera. ‘The Great Events of Great Britain’ by Samuel Neil, 1866, carries this entry for 1736, ” The toothache tree brought from North Carolina” and there are records that the bark was imported from New York into England in the 1800s and sold in Covent Garden as a cure for rheumatism. It is still used by herbalists for circulatory, arthritic and rheumatic problems and because it improves blood flow as a treatment for varicose veins. 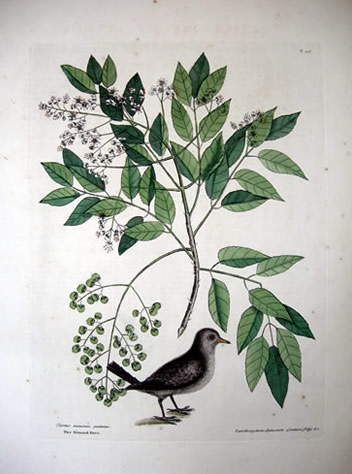 Mark Catesby who painted this delightful Ground Dove in 1731 with an accompanying Hercules Club recorded that the birds liked to eat the berries and that their flesh, when cooked, was aromatically flavoured.
This seems to be an all round good tree. I look forward to making some drawings when there is something more to draw.

However I did see another new plant nearby today which has really pretty leaves and is an unusual plant in this exotic form although Christias have been known since the 18th century. 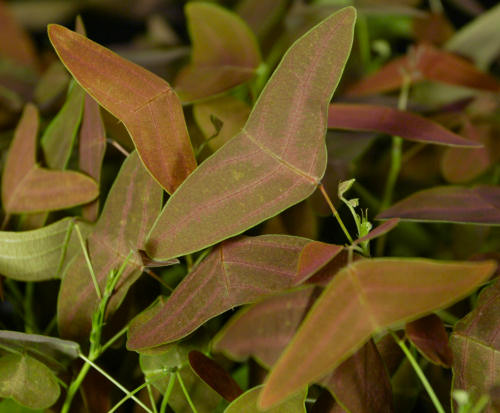 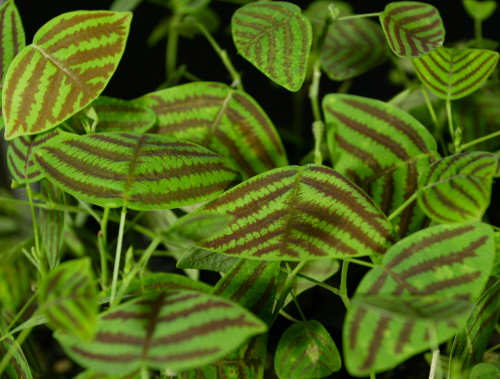 photos from Tropiflora.com in Sarasota here..who say they are good for terrariums..

The Swallowtail plant Christia obcordata has just been planted appropriately in the Butterfly Garden near to the Hercules Club. Originating in SE Asia it has very pretty leaves which are triangular and come in a variety of colours and they do look like little butterflies. It’s undoubtably pretty but there is not much more to say about it… I am tempted to make a comment about society here..? I ran out of time to finish them.. 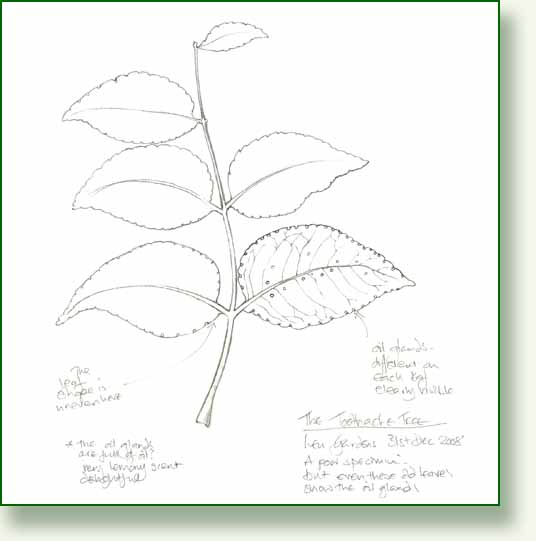 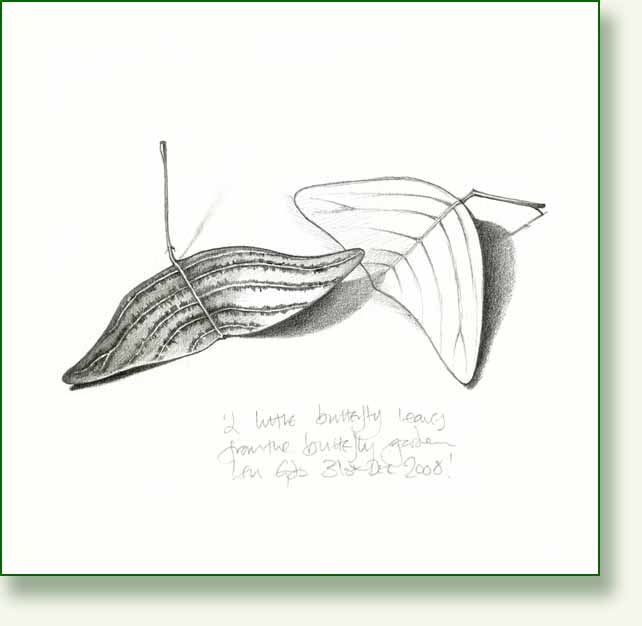