The leaves of the curiously named “gumbo limbo” tree have evaded my grasp so far as it is high tree, holding its leaves far above my reach, but of course, Fay has done me another favour by depositing a small branch on the ground. The small and pretty leaflets are not particularly special but do have a interesting lopsided profile.
The gumbo limbo Bursera simaruba has many names, its common name in Florida, is derived from the Spanish “goma-elemi” meaning “gum resin.” I must admit I was hoping for something more exotic possibly a traditional dance or something of the kind. However its pet name in all its tropical homes is the “tourist tree”. When you see the red flaking shiny bark you know why, a week of scorching southern sun on northern skin, lightly greased with Ambre Solaire.. 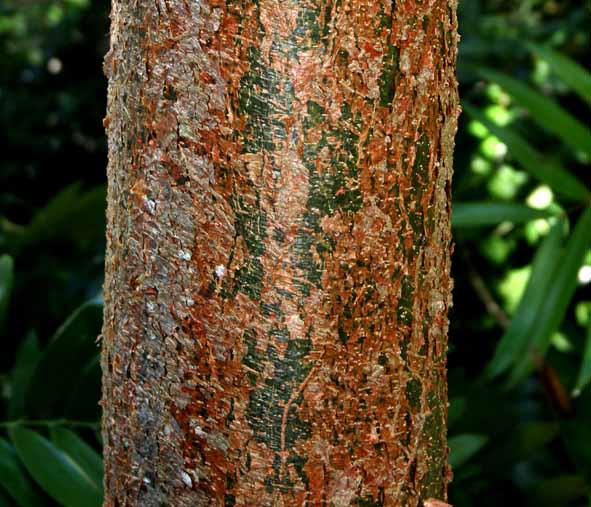 It’s a really nice and useful tree tree and will have red fruits in the autumn and winter, which are an important and very nutritious food for migrating and local birds ( Well, they will be somewhere up there in the heavens way above my head, so I will probably never see them)
It is also known as the turpentine tree as it produces a turpentine like resin used in the West Indies to make glue, varnish, insect repellent and a kind of incense. The aromatic sap is used as a treatment for gout, while the leaves are brewed into a medicinal tea as relief for back pain.
The Tainos people of the Eastern Caribbean would burn the fragrant turpentine both as insect repellent and possibly for ceremonial purposes and they used the resin to varnish the exteriors of their large dugout canoes, to protects against marine boring molluscs.
The gumbo limbo was also discovered to make extremely practical, and attractive, living fences which I had seen in central America. It is a very useful attribute of quite a few trees to be able to regenerate quickly from a cut branch. In regions where otherwise there would be problems with rotting or termite eaten fenceposts, you can, quite literally, stick a branch in the ground and watch it grow. At first it seemsquite odd to see leaves and branches sprouting out of wooden fence posts, but what a great way to fence your ranch, nice for the birds as well.
I didn’t take a photo in Costa Rica where we saw them up near the volcano at La Fortuna but here is the gumbo limbo as fence, in Costa Rica from Ecolibrary here . 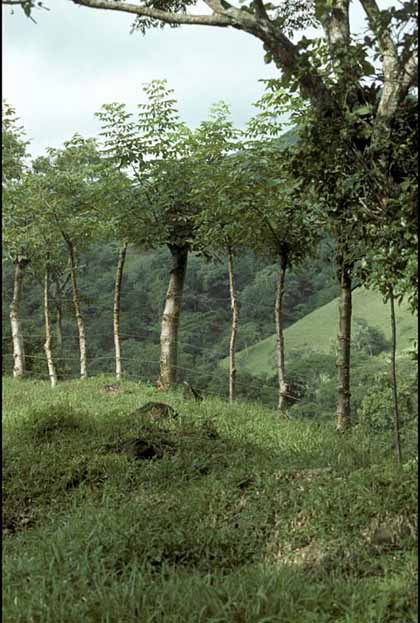 I read somewhere that, however hot the weather gets, the trunk of the tree is always cool. I haven’t tried hugging this one yet but I will.

It is one of the Old World ‘Torchwood’ trees from the family Burseraceae so called because of the inflammable nature of their wood, which are rich in resins. Interestingly, included in this group are the exotic and evocative frankincense, Boswellia sacra and myrrh, Commiphora myrrha which was once worth its weight in gold. They are still valuable, and frankincense trees are becoming endangered due to overtapping.(We don’t learn do we?) 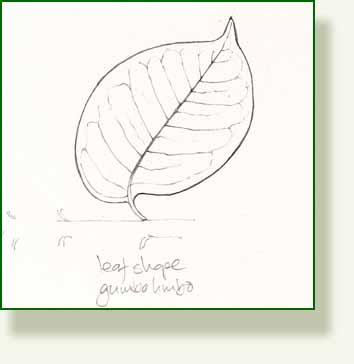 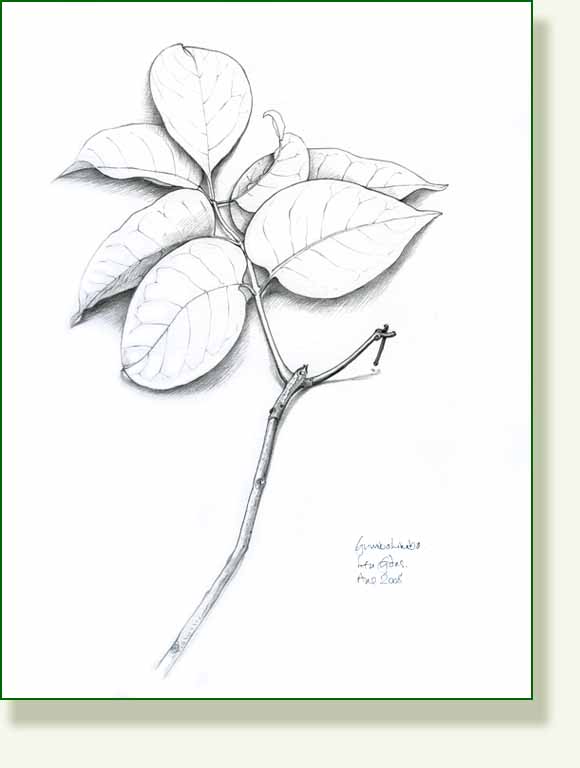