I found this pod in Sarasota’s harbour-front car park while attending the course there. We had had some heavy rain and strong winds the previous day and a few of these strange pods were scattered around under the trees. I had never seen these before and was completely fascinated by their structure. Most were split open with their winged seeds spilling out onto the ground but I located a couple which were fairly intact and took them back to the hotel.
Overnight they began to dry out and open up so I dampened them down a bit, wrapped them up tightly and hoped they would survive until I got back to Orlando the following week. One of the hazards of picking things up from the ground is that they may have the odd unwanted passenger and sure enough a little earwig shot out and disappeared under the couch in the room. I really didn’t fancy spending the night with a earwig so found it fairly quickly, thankfully without having to dismantle the whole room, and popped it out of the window. I will have to remember to shake things in future!

The pods did survive but as I was making this quite detailed drawing, a week later, this particular pod began to open up alarmingly quickly and by the end of the day, was quite different, one section having fallen away completely and the seeds beginning to come away.
The mechanism of the pod is amazing. It opens up from the stem end and splits into three, then a sort of inner lining begins to buckle and pushes the outer casings farther and farther out. As this happens the winged papery seeds, which have been beautifully and compactly arranged around a central core (itself attached to the stem), begin to open out too and fall away. Quite beautiful.
The leaves are pretty too..pinnate with pairs of delicate sickle shaped leaflets. At the end of the leaf there seems to be no terminal leaflet which must be quite unusual, unless I have an odd sample. The correct term is “paripinnately compound”
I include today some sketches of the pod in its closed and open stages which I made as it opened up. 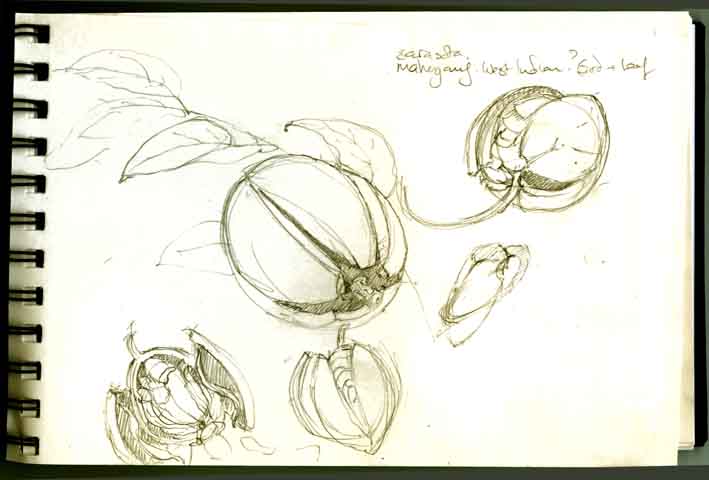 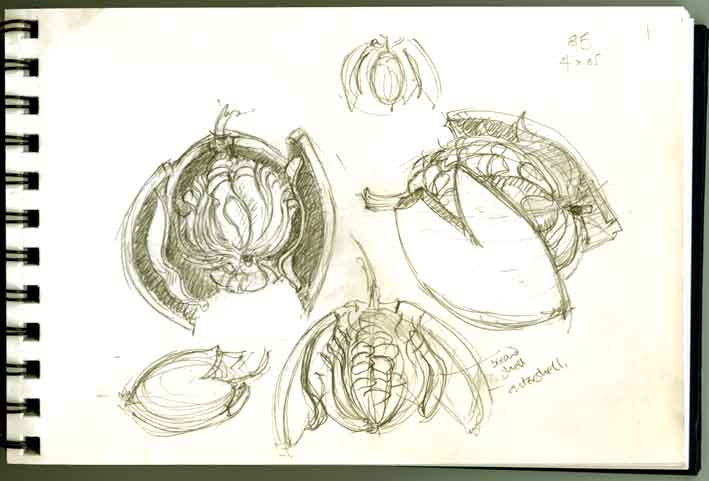 This is the mahogany tree, swietenia mahogani which was used by Chippendale and Hepplewhite in the mid-1700’s and was the original mahogany shipped back to Europe at the beginning of the 16th century. Today mahogany used for furniture is from a bigger tree, the Honduras mahogany swietenia macrophylla. 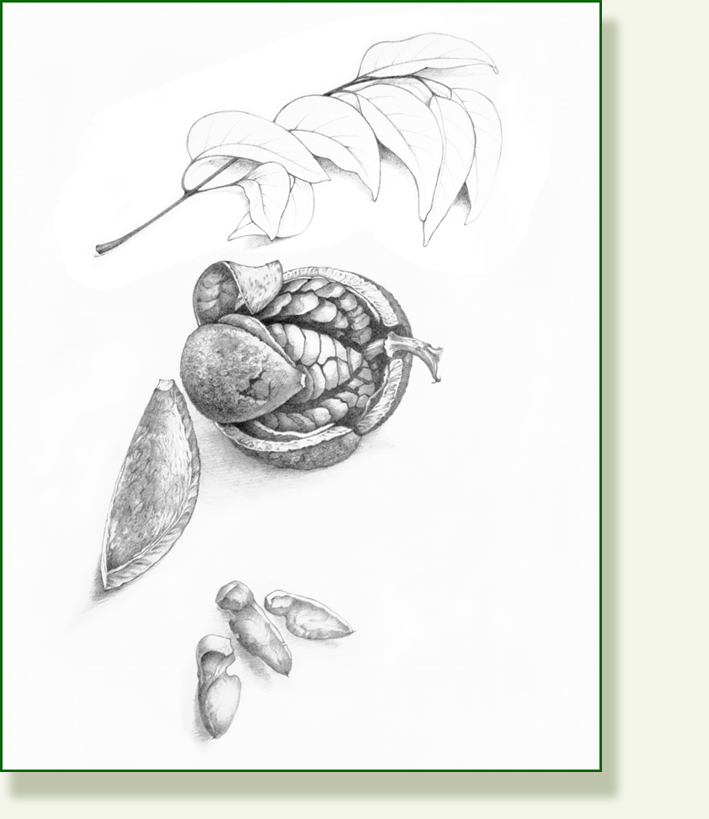