Last week apart from one day the weather was pretty bad.. 2 whole days of continuous rain put paid to my sketching plans at Leu.

The best I could do was to sit and watch the squirrels through the sliding glass door, eating the peanuts we put out for them on the balcony. 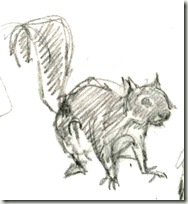 Yes, here in the land of a trillion oak trees we feed the squirrels. In the hard frosts and driving rain that has been this Florida winter we have taken pity on them and now they are as bold as brass and will come into the apartment if we leave the door open.

It is a fair trade off. We get hours of entertainment watching them and they get delicious roasted peanuts. I read that raw peanuts are not good for them, apparently they get addicted to them in the same way we become alcoholics, but plain roasted ones are OK. 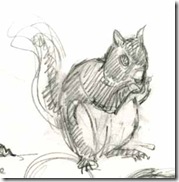 They certainly love them. If there are no peanuts they will come to the glass door and peer in holding their paws up anxiously. 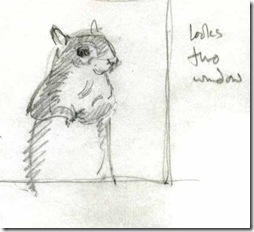 Instead of scampering over the roof our fat squirrels are now thundering overhead and the sound of the door opening in the morning has all the nearby bushes twitching with anticipation.
As a bonus, the beautiful red cardinals come too. I sat on the sofa with a sketchbook looking out through the window and tried to capture something squirrely about them. 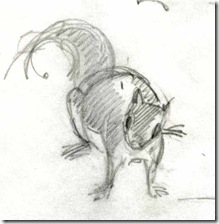 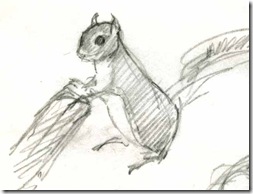 They are delightful and always make me smile.This week I am back to the bees.. 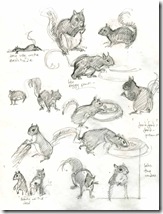 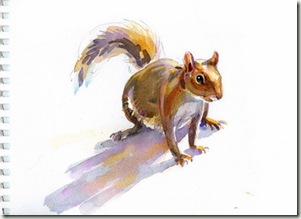 Here the relentlessness of growth never stops. When one thing is dormant another is bursting into life. Not to have those regular quiet, dormant times of northern regions sometimes seems exhausting. So, despite it being early in the year and to both my delight and frustration, there are lots of seed pods around. I can’t possibly keep up with them all. In a confusion of life cycles there are trees with flowers but no leaves, trees with new leaves but without flowers and then trees with flowers, leaves and fruit all at the same time.

The golden trumpet tree Handroanthus chrysotricha whose beautiful flowers were with us for only a few days, is one which gets to shows off its flowers before the distraction of leaves. The overwhelming yellow of this tree set against a clear blue Florida sky is breathtaking. 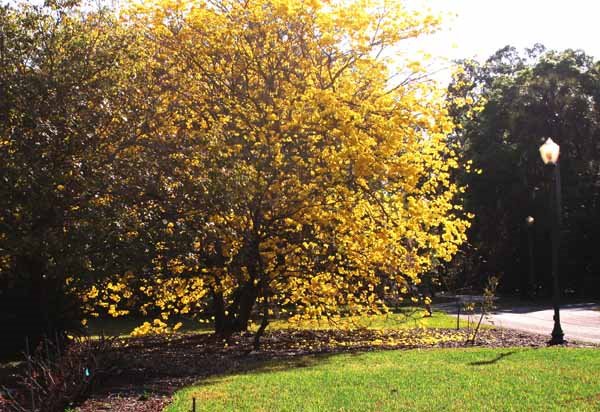 The flowers are gone now but just over a week ago when I went to the Gardens I stood under one of the many “Tabebuia’s” as they are known here, admiring these very nice furry pods which seem to have appeared from nowhere, instantaneously and in profusion.. amazing. 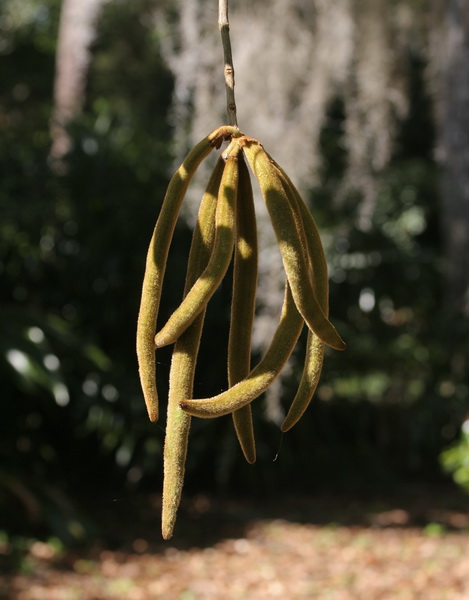 However I also realised I was being was showered with seeds and bits of debris because above my head 3 squirrels were busy methodically stripping the tree of its fruit. I watched as they grabbed the pods and then daintily nibbled all the flesh from the pod leaving ribbons of the outer skin and discarding the seeds. They were voracious and determined. Yesterday I went back and only ribbons of the stripped pods remain but the ground is carpeted with the silvery seeds. 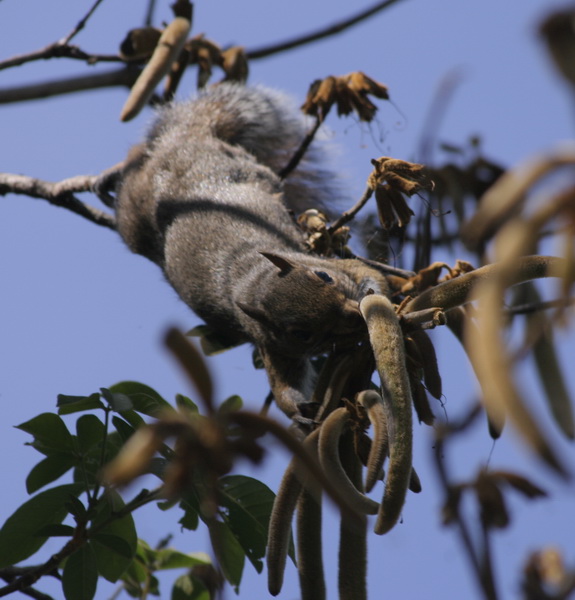 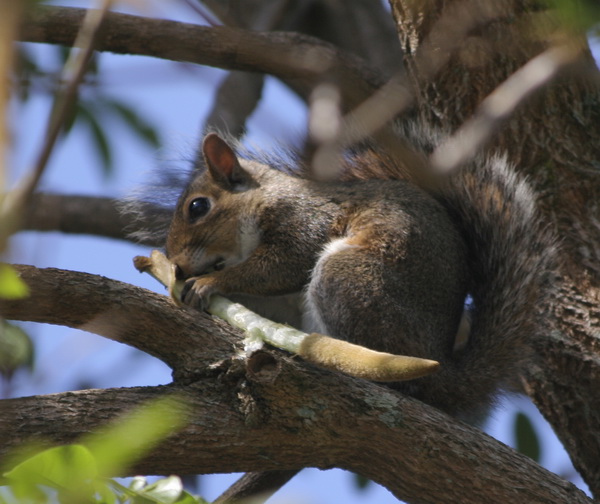 I did save one pod because the little, flat, winged seeds are so attractive, but today I only have time for a quick pod sketch and a study of 3 seeds which are looking a bit like strange owls.
For the next submission we are required to make a proper botanical study and I am supposed to be using a magnifying glass for a bit of dissection and being more methodical about recording accurately what size things are drawn. The seeds are drawn at 3 x their original size so are a massive 2.75″ long, but I neglected to write that on the drawing..Hmm well it has been a long week.
______________________________________________________ 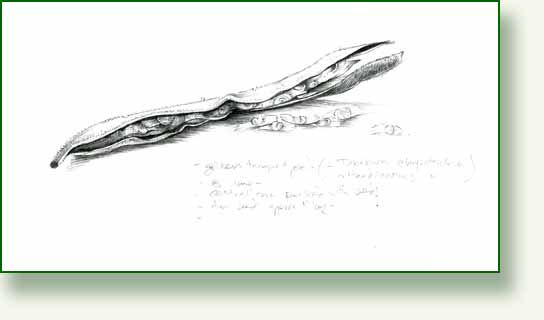 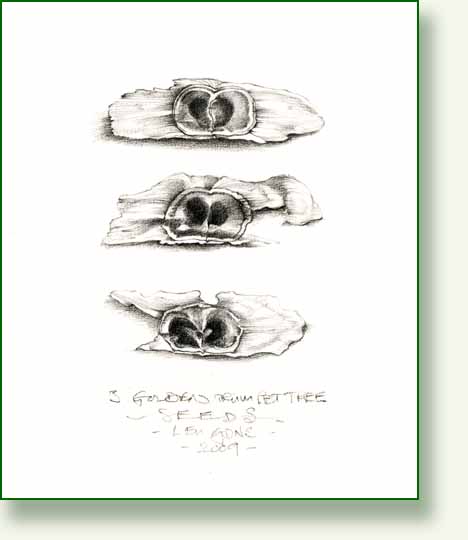 “You have to love a nation that celebrates its independence every July 4, not with a parade of guns, tanks, and soldiers who file by the White House in a show of strength and muscle, but with family picnics where kids throw Frisbees, the potato salad gets iffy, and the flies die from happiness. You may think you have overeaten, but it is patriotism.” Erma Bombeck

A day of huge celebration here, lots of f words …fireworks, food and flags and fun. We will be out and about, seeing friends, having a few drinks and generally having some of that fun… and no doubt a bit of “footling” too. I wont be doing much drawing today if any.

Yesterday I had noticed there seemed to be even more squirrel antics than usual. No doubt, like the flies they are excited by the prospect of rich picnic pickings over the weekend. A whole gang of them were chasing each other through the branches of the big oaks and performing those impossibly daring high wire dashes along the power cables that criss cross the main roads. I know they are a pest in some respects, they do eat your attic timbers and perhaps if we had known about the rampaging Winter Park “attack squirrel” of a couple of years ago we might not have been so keen to move here.
A couple of months ago there was alarm and consternation in the Uk where of the glossy black squirrel is threatening to stage something of a take over. It is big, handsome, aggressive and super sexy with some DNA missing and apparently a very bad attitude to dogs. (alleged report of a gang of black squirrels attacking a dog in Russia)
Dr Alison Thomas, a professor of life sciences, from Anglia Ruskin University, Cambridge has been studying them and found that since early sightings in the south of the UK “they have migrated northwards, penetrating Cambridge city boundaries in the 1990s. Now they make up 50 per cent of the squirrel population in the villages around Cambridge and they are spilling into Bedfordshire and Huntingdonshire.”

There is only one solution, to combat these…… 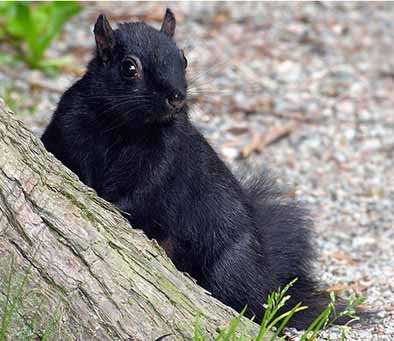 ….we must make haste to recruit one of these …. 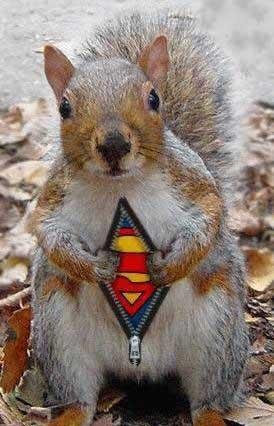 However for now, here in leafy Winter Park the grey squirrel reigns supreme and, occasional jogger attacks apart, they are fun. They are probably at their most winsome when they suddenly stop in mid bound to watch you or peer at you from the branches, showering you with the bits of the nuts or shouting squirrel obscenities at you from the trees. Today as I was cycling through Shady Park one stopped in its tracks on a big grassy bank by the pond. It stood frozen, as if transfixed by some alien ray from space, gazing upwards. I saw nothing, no threat, no lazy circling buzzard, osprey or vulture. Who knows what it might have been thinking, the depths of the squirrel mind are undoubtedly labyrinthine and complex. Then just as suddenly it was off again.
I tried to capture this moment in a quick sketch when I get home and many years ago I painted this illustration for a children’s poetry book.
My tribute to squirrely frolics on this celebration day. 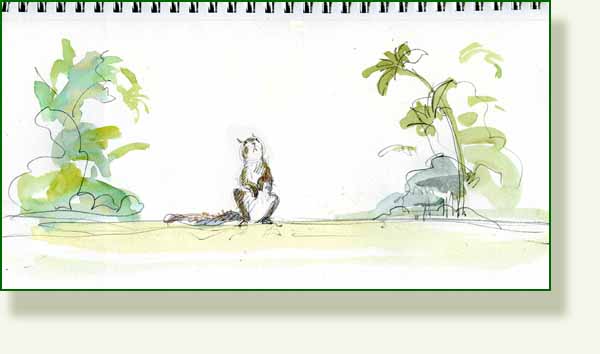 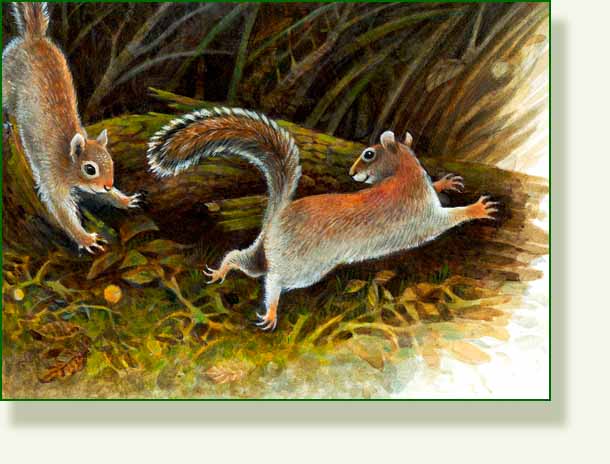