Many of the most interesting things (and people) in life have an unremarkable outward appearance. You have to take a closer look and get to know them before they reveal their unique stories. Such it is with this unassuming little tree. It is nothing very special to look at, but where would we be without the delicious flavours and scents of the delightful spice trees, the pimentas. This one is Pimenta dioica, the allspice tree sometimes known as Jamaica pepper, part of the Myrtaceae, myrtle, family. At Leu, so far, I have found 3 pimenta trees. This one, the lemon bay rum, Pimenta racemosa v. citrifolia and the bay rum, Pimenta racemosa. 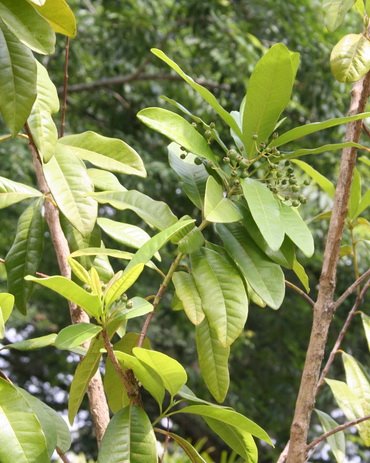 Allspice is not, as I used to think, just a mix of different spices but the ground unripe fruit of the pimenta tree. The leaves are leathery, glossy and smell delicious if you crush them between your fingers. Allspice is described as a mixture of cloves, black pepper, nutmeg and cinnamon. As this leaf has dried out there is a strong clove hint…lovely.

It is a tree native to Central America, the West Indies and Mexico, and when the Spanish explorers found it in the 16th century they mistook it for the then extremely valuable black pepper, which grows on a very different plant, the vine Piper nigrum.
The spice had a long history of use in Central America. The Mayans used it for embalming, as a medicine and for flavoring and the Aztecs added it to their hot chocolate. Spiced chocolate is something I have to try.
The warm flavour of Allspice is such that it can be added to both sweet and savoury things. Add a pinch of the power to almost anything cakes, barbeque and apple sauces, biscuits etc. Use the whole cracked spices in pickling preparations, marinades, stews or soups, or, of course, rum. Hmmmm..Spiced rum…the fabulous taste of the West Indies. The liqueurs, Benedictine and Chartreuse, also contain allspice flavouring and the oil pressed from the fruits is used in perfumes and cosmetics. It is an essential ingredient in Worcetershire Sauce! 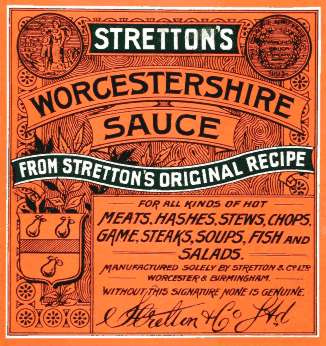 The leaves can be used like bay leaves, they are also known as West Indian bayleaves, in stews etc. Apparently they need to be used fresh as their flavour deteriorates when dried. I have to admit that after drawing it I spent quite a while chewing it. It was very delicious.
The main commercial production these days is in Jamaica where it is an important food ingredient. You can make a simple homemade Jamaican Dram to add to cocktails. This recipe is from Chuck Taggart’s Gumbo Pages here .
It’s a great site all about New Orleans, food, drinks and music..

Jamaican Pimento Dram (Allspice Liqueur) No. 3
2-1/4 cups 151 proof Demerara rum.
1/2 cup whole dried allspice berries, crushed.
3 cups water.
1-1/2 pounds brown sugar.
Crush the allspice berries in a mortar and place in a 1-liter jar with a rubber seal. Cover with the rum and allow to steep for at least 10 days, agitating the maceration daily.
Pour through a fine strainer, pressing on the solids to extract as much liquor as you can, then pour the strained liquor maceration through another strainer lined with a coffee filter (this’ll take a while).
Make a simple syrup with the water and brown sugar; heat until dissolved, then allow to cool. When cool, combine with the rum maceration and allow to age for at least one month. Decant and enjoy.

Funnily enough I was talking to Susan yesterday about what to do with the kumquats. Her suggestion..pickle them in rum….spiced rum would be even better because citrus, spice and rum is a match made in heaven.

Allspice owes its medicinal actions to eugenol, a chemical constituent of its oil which is the same chemical found in Cloves. Eugenol is used as an effective pain reliever and anesthetic. Remember chewing a clove when you had toothache? It also aids good digestion by enhancing the activity of the enzyme trypsin.

What a marvelous little tree. They are slow growing so will do well in a container and I am wondering if we can squeeze one on the top of the steps next to the carambola. This is definitely an addition to my “Eat-your-way-round-the-garden-list. 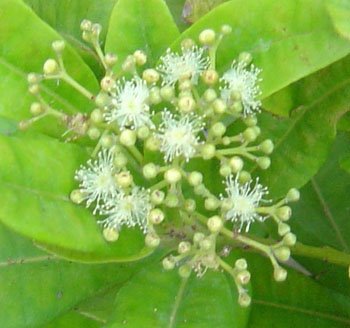 I missed the flowers but they are pretty too. The berry is correctly called a drupe which is a fruit with a fleshy outer part encasing a stone or pit the endocarp, which in turn contains the seed. Other examples of drupes would be coffee, olives, most palms, cherries, peaches and plums. The whole idea is to make something so delicious that it will be eaten and distributed by animals, birds or of course us. 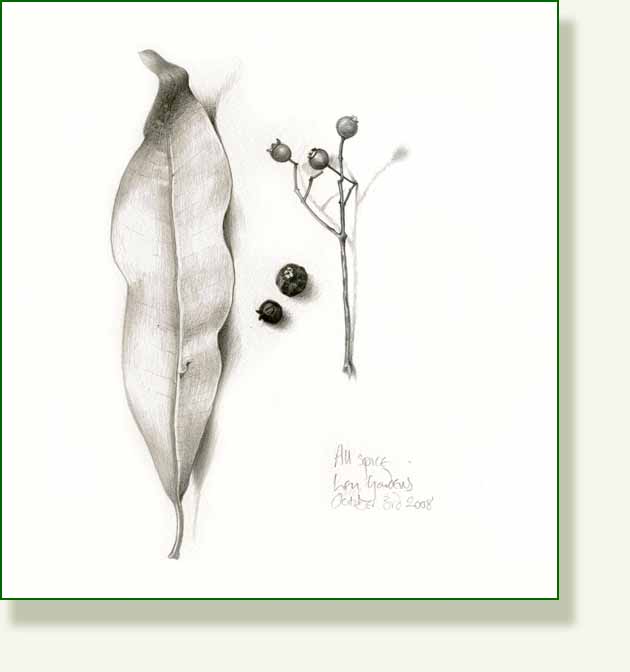