When I was writing about the Contorted Orange the other day (here) I felt sure that Leu would have a Pummelo. They would just have to have a specimen of this very early citrus, and sure enough there it was, with many other varieties in the citrus garden and another “windfall” for me yesterday as one large fruit had fallen on the ground. It is huge. I have a picture of the fruit on the tree but also this one on a plate with a regular sized lemon and a pencil so you can see how absoutely enormous it is. 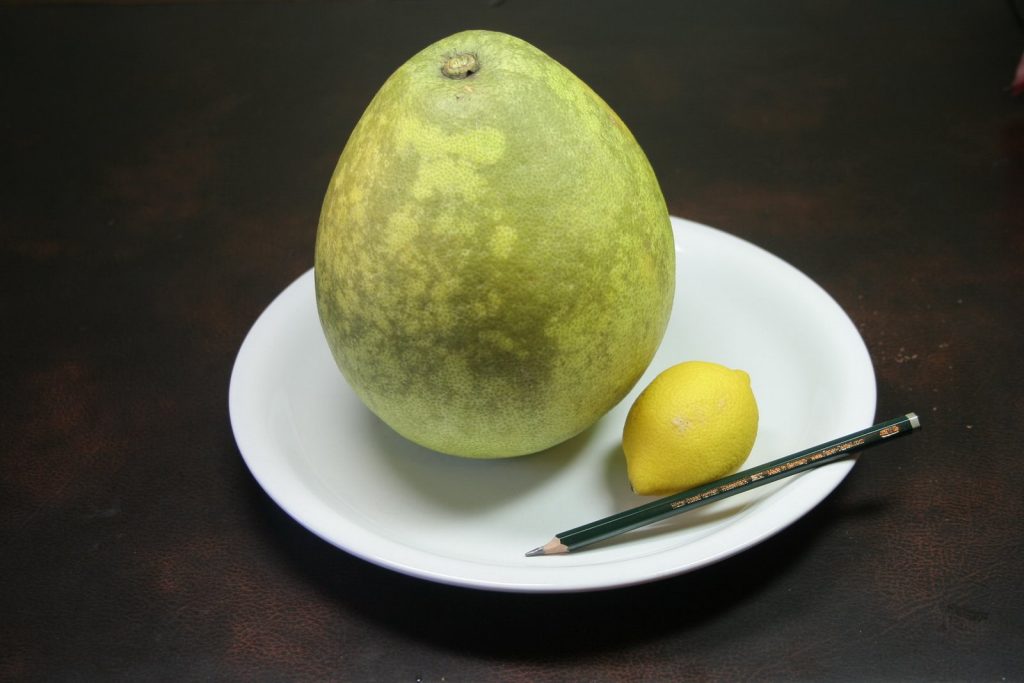 This one is the well named Goliath Pummelo, Citrus maxima, and to recap a little, it is one of the first 4 citrus fruits from which the modern varieties are descended. It is thought that the basic orange we all know and love, is a cross between this monster and a mandarin. Little and large makes medium I guess. It was considered more a curiosity than a good eating fruit and something of a talking point for tropical fruit displays. A tricky addition to Carmen Miranda’s topknots though!

Additionally, Wiki tells me that “The pomelo is also known as a shaddock, after an English sea captain, Captain Shaddock, who introduced the seed to the West Indies in the 17th century from the Malay Archipelago.”
I will, annoyingly, now remember this little bit of trivia, as I can’t get Tintin’s Captain Haddock out of my head. 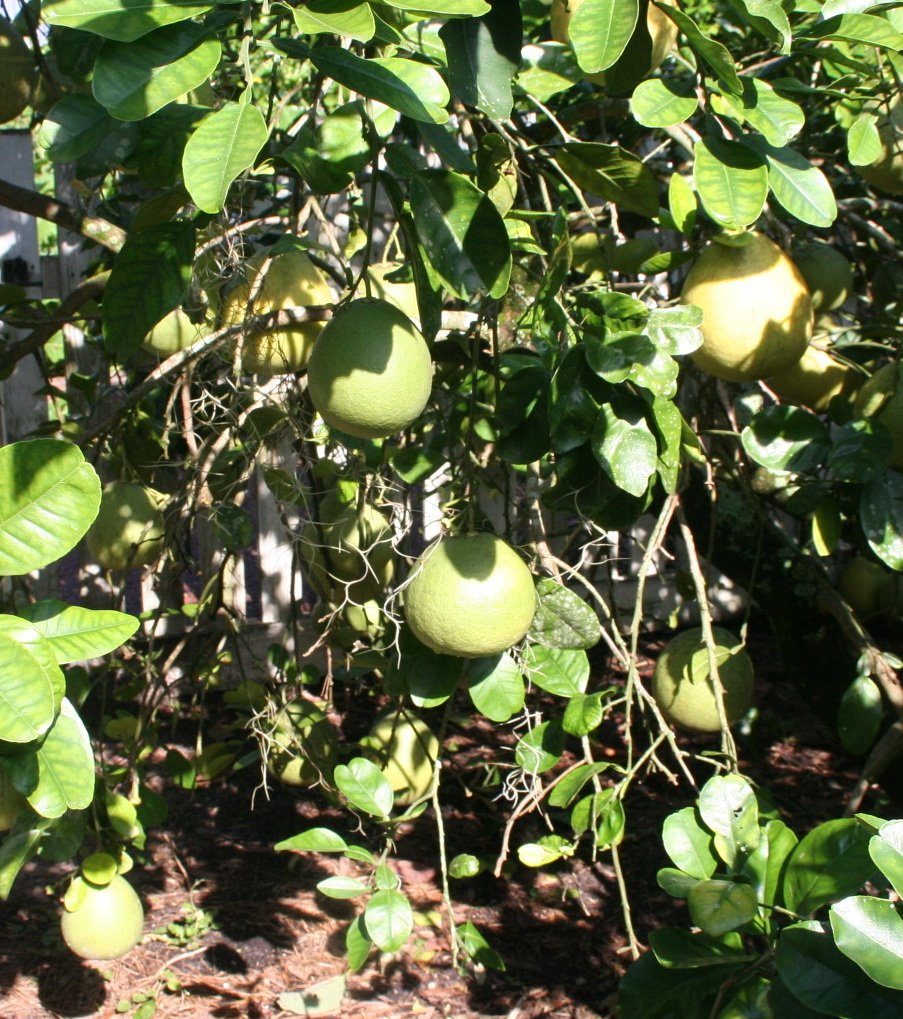 But the leaves, the leaves are a nice surprise, not quite as simple as a normal citrus these have a winged part to the lower, a winged petiole to be exact.
A very worthy leaf of the day.

I had also forgotten that there was a pummelo in the “Amazing Rare Things” exhibition (see my other posts here), how could I ! Also a Buddha’s hand citrus which I wrote about before here.

Both are attributed to Vincenzo Leonardi 1621-c.1646 who was producing drawings for the collection of Cassiano dal Pozzo and provided illustrations for Giovanni Battist Ferrari’s “Hesperides” of 1646, a treatise on citrus cultivation. It is fascinating and the digitised version of the book is online here 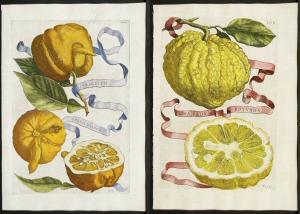 You can see the slightly winged shape at the base of the leaf here but it is much more pronounced in my leaf from Leu. 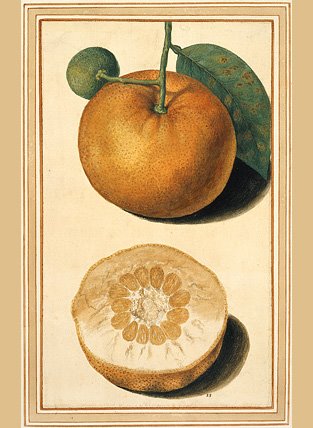 And Vincenzo’s drawing of the Buddhas Hand citron, known here as the “digitated lemon”. 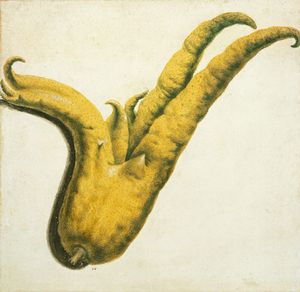 There is something about these wonderful old images which some modern works lack..I feel we sometimes go for perfection rather than character, something I will try to keep in mind. 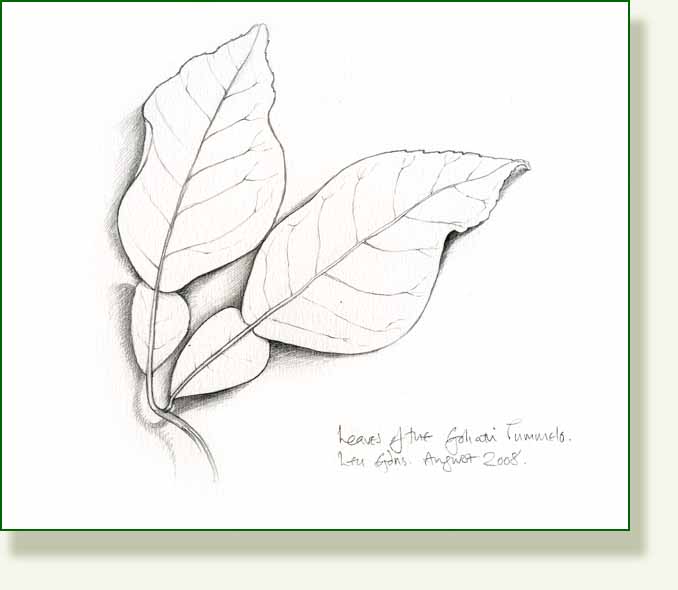