The pattipan squash, or patty pan, or flying saucer, or scallop squash, Curcubito pepo, whatever you want to call it, is a pretty and versatile thing, eat it, use it as a decoration or as a fancy container for serving other food. Here it is starring alongside Joan Taylor in the classic 1949 Harryhausen movie. 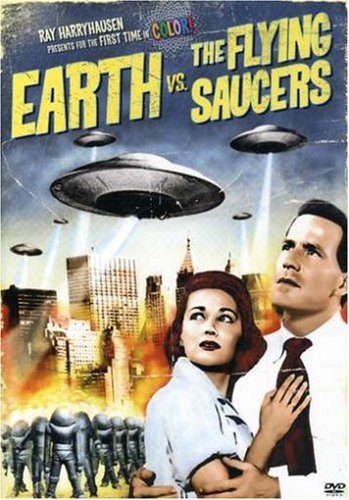 The curcubita family is extensive.. very, over 300 varieties of creeping, twining, scrambling, fruit bearing, plants. This is a squash, is edible and is a member of the gourd family but not all gourds are edible. I remember a few gourds in the UK from years ago, little stripy knobbly ornamental things but here in the USA, both the gourds themselves and gourd art are big. Gourd art ranges from the absolutely 100% dreadful and kitch to the exquisite. I am longing to have a go! The shapes alone are a designers delight…. just a little taster of joys to come. These fantastic charts come from Ozark Country Creations here. 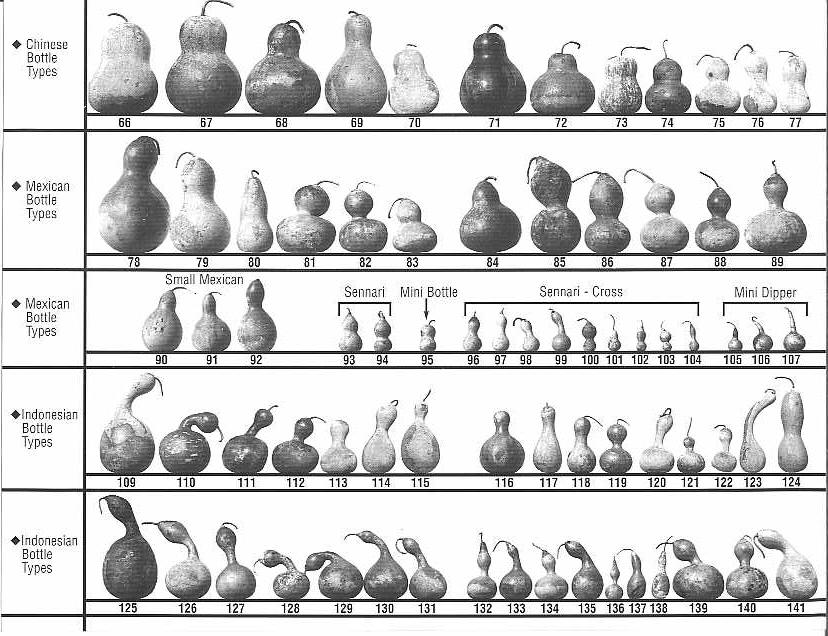 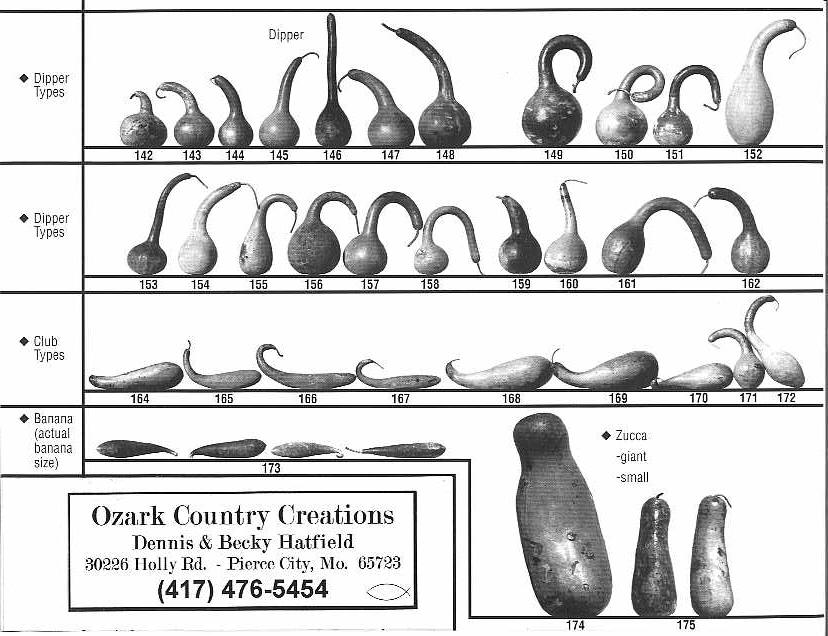 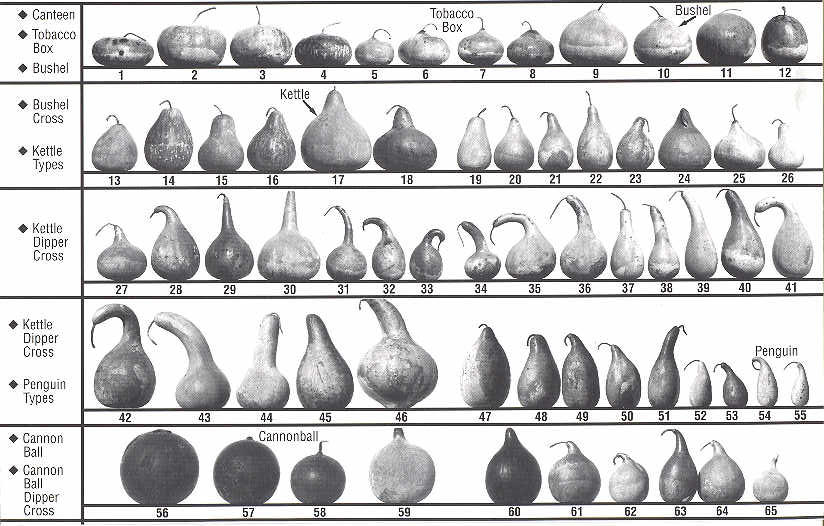 Thereare an awful lot of sites about gourds on the Internet. “The Gourd Reserve” here is a site awash with masses of information about these strange, wonderful and useful things. There is, naturally, an American Gourd Society here ( and, joy, there is a Florida chapter) and many many books devoted to gourd art.

All this for another post, possibly tomorrow, but for now this is little Pepo squash deserves at least some passing notes.
The word “squash” is a shortened form of the word askutasquash meaning “a green thing eaten raw” from the Algonquin language. The interesting and sympathetic Roger Williams, the founder of Rhode Island and expelled minister of the Salem Church (?) spent much of his life trying to understand the Indians customs and language, and published some of his observations in his 1643 book ” A Key into the Language of America “.
He mentions the “Askutasquash, their Vine fruit, which the English, from them, call Squashes about the bignesse of Apples of several colours, a sweet, light wholesome refreshing.”
Gourds on the other hand, called quonoasquash, were not grown for food, but dried and made into utensils and containers. You can see how useful they would be from the charts above.
These vegetables, (which are in fact a fruit, because they contain seeds, like tomoatoes) were a basic staple food for native Americans and early settler alike. Seeds, flesh, shoots, tendrils and flowers can be eaten.
Recipes abound on the Internet, but having a distinct aversion to the horrible slippery watery marrow that I was occasionally faced with as a child I haven’t really investigated many. Shame on me really as, if nothing else, these are so pretty. However after reading about them I intend to be more adventurous!.

I made a pencil and watercolour sketch, then a rough sketch in acrylics. I haven’t used acrylics for a while so it was a nice change. I think I was all watercoloured out from yesterday! I was sad not to find a couple of companions for Pepo but added a some blueberries that were languishing in the fridge.
________________________________ 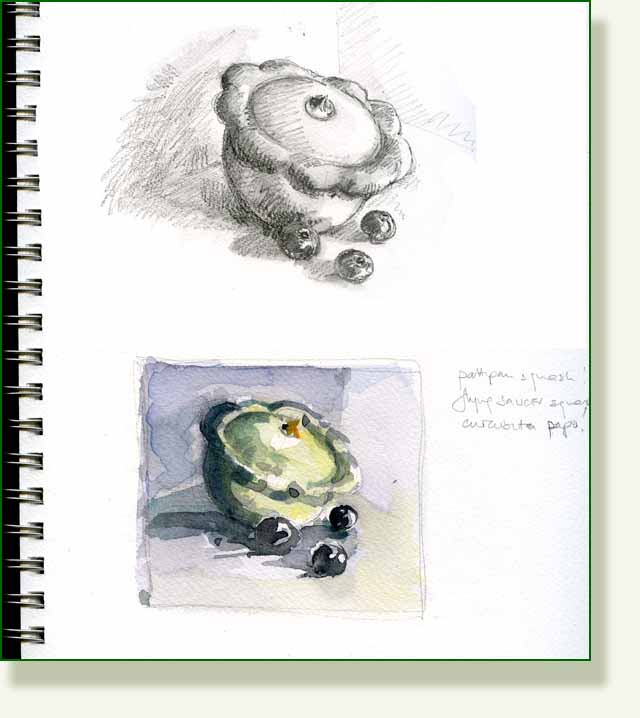 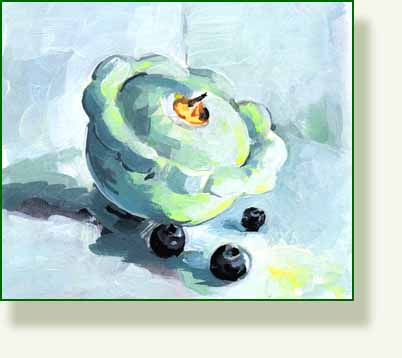 There have been 2 little pattipan squash in the fruit bowl for ages. I had been meaning to draw them..then we ate one. So on Saturday, wanting a couple more to draw and use as a basis for the colour exercises. I went to Winter Park Farmer’s market to buy one from Herbert who calls them UFO’s …only to find none at all. Maybe the season is over? But that was just typical of a weekend when many good intentions were thwarted by circumstances beyond our control.
However when I finally stopped searching for missing pattipans, I did get down to a few colour experiments. At last I have made a proper chart of transparent colours and started on the granulating ones which, to me add so much to the beautiful texture of loose watercolours. Making charts takes hours but is very good therapy and gives you the impression you are really doing something useful. Then I made some very simple colour experiments using just 3 colours, Permanent Rose, Phthalo Blue and Aureolin. This really follows on from Sue Archer’s great class here. It’s one of those “practising your scales” exercises, not of huge interest to anyone other than yourself. Important in that it keeps you disciplined and it reminds you of how beautiful transparent watercolours can be if you don’t mess about with them too much. So the following are all from just those 3 colours nothing else. Firstly, using the colours as they are, then mixing and using the complementaries and, finally, mixing greys from the three and overlaying them. The transparency means the colours stay clearer and crisper even after several glazes. 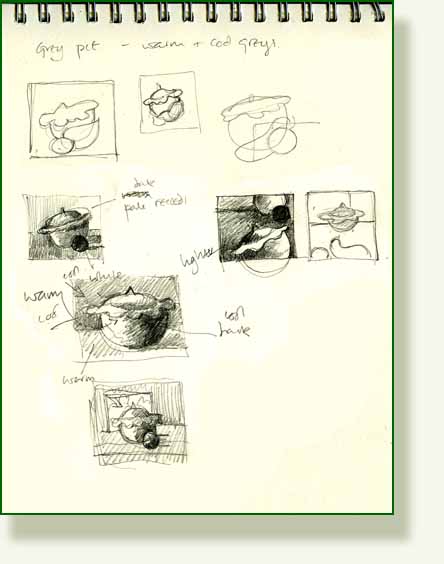 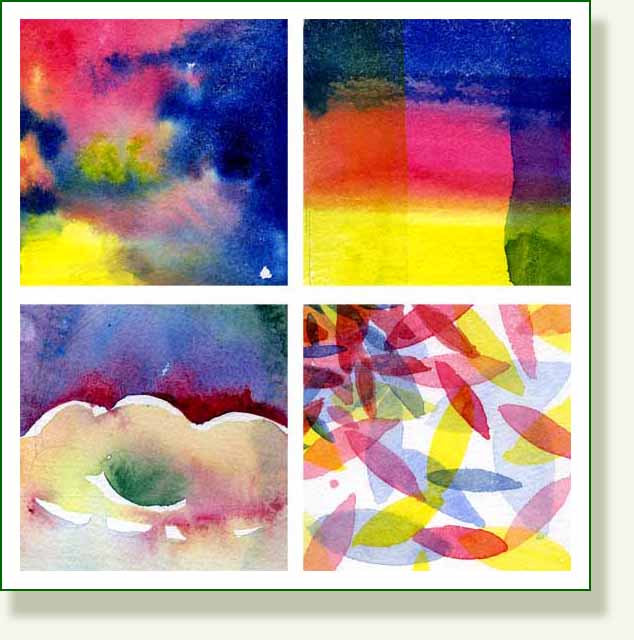 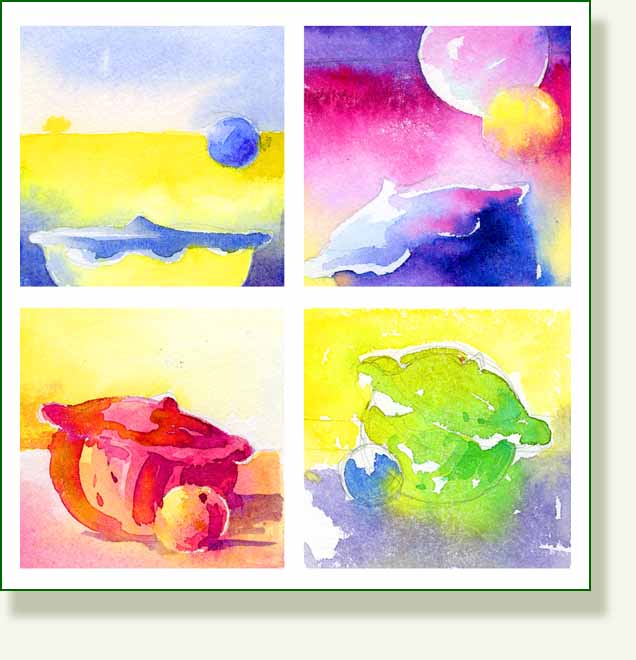 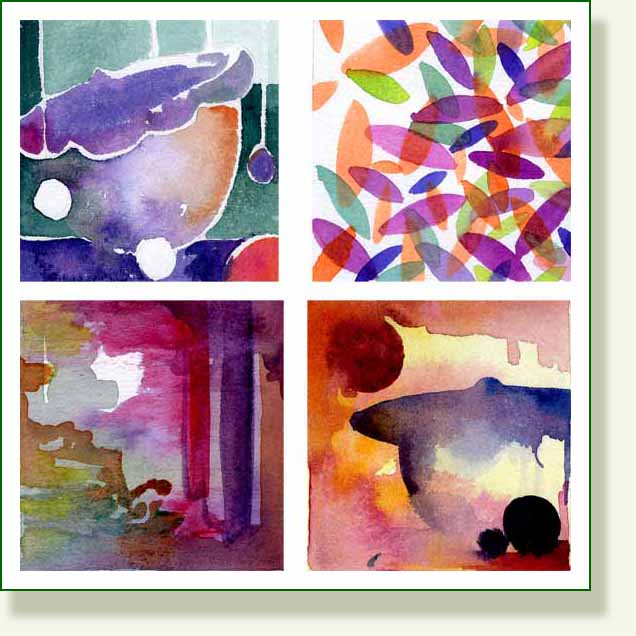 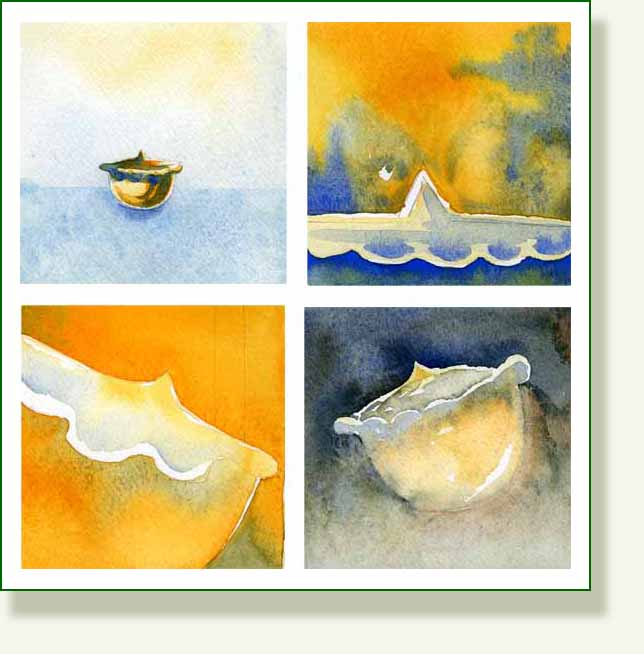 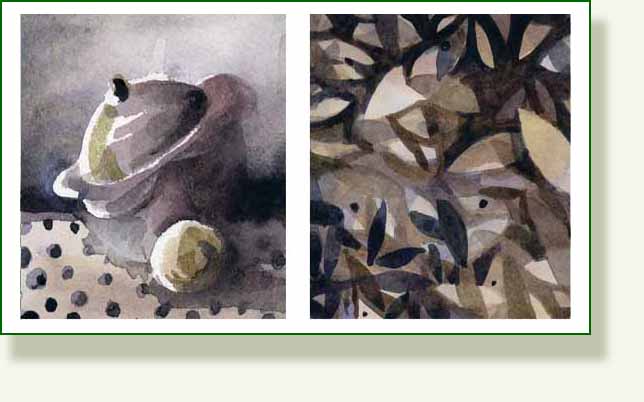