The trials of the natural history artist 2..problems with the weather, materials and mosquitos.
If I am ever tempted to complain about the discomfort and the difficulty of working in a hot climate I always try to think of two great lady pioneers of Botanical Illustration, Margaret Mee and Marianne North who both took their art materials out into the jungle to record rare species, braving disease, violence and sweltering temperatures. Today however, my comparably very trivial problems have been enough to make me want to throw the coloured pencils in the bin, head straight for the airport and and book a ticket to ( I hear ) snowy England.
The humidity and torrential rain have made the paper damp. The high temperatures have wilted my model and made the already quite waxy coloured pencils gummy and soft, so drawing with them has become like applying a candle to a hotplate. My attempts to draw the fine delicate fringe to this little begonia leaf has tried my patience to the very limit. I have given up.
To add to all this I have 11 mosquito bites, 5 of them on my hands.. Why?? Why are there mosquitoes? Why do they bite your fingers when there are nice big accommodatingly smooth and unwrinkled bit to attack. What is the point of the bites itching so badly that you want to tear the flesh from your bones with your teeth? …
However, thankfully, I did get to the library today which was a more soothing experience.

Some early accounts of Florida ..good and bad.
There I found a book about an early intrepid Florida explorer and recorder, Jacques Le Moyne, who in 1562 arrived in Florida with a French expedition and recorded the lives of the Native Americans. The French were driven out of Florida by the Spanish and Le Moyne was one of the few to escape alive. The survivors eventually landed in Britain where Le Moyne remained. I will return to him when I have read more.
But I also came across this early song about Florida. The first on record written in English, it appears in a manuscript in Oxford’s Bodleian Library dated 1584. Had the Anon author, I wonder, whiled away a couple of hours in an ale house with Le Moyne hearing about bizarre and improbable practices from this foreign land, such as smoking dried leaves?.. a notion almost absurd as yesterdays sloth. (Tobacco doesn’t arrive in England until 2 years after this poem , but Le Moyne had already recorded its “medicinal use” in his notes.)

“As I walked toward St Pauls
I met a friend of myne
Who took me by the hand and sayde “come drynk a pynt of wyne,
Wher you shall here
Such news I fere,
As you abrode will compel.
With hy!

Have you not hard of Floryda
A countree far by west?
Where savage pepell planted are,
By nature and be hest
Who in the mold find glysterynge gold
And yt for tryfels sell
With hy!

Ye , all along the water side
Wher yt doth eb and flowe
Are turkeyse found and wher also
Do perles in oysters grow;
And on the land do cedars stand
Whose bewty do excel
With hy!

Wunnot a wallet do well? ”
( a wallet would be useful!)

Almost 200 years later, in 1770, Oliver Goldsmith has a more disconcerting tale to tell prospective settlers who may have felt compelled to try the fair land of La Florida. This is from The Deserted Village.

Through torrid tracts with fainting steps they go,
Where wild Atlantic murmurs to their woe.
Far different there from all that charmed before,
The various terrors of that horrid shore;
Those blazing suns that dart a downward ray
And fiercely shed intolerable day;
Those matted woods where birds forget to sing,
But silent bats in drowsy clusters cling;
Those poisonous fields with rank luxuriance crowned,
Where the dark scorpion gathers death around;
Where at each step the stranger fears to wake
The rattling terrors of the vengeful snake;
Where crouching tigers wait their hapless prey,
And savage men more murderous still than they;
While oft in whirls the mad tornado flies,
Mingling the ravaged landscape with the skies.

Today I am definitely with Goldsmith! 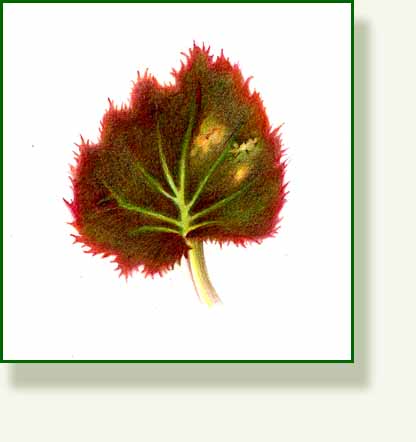