Some things you can only see in retrospect, like the pattern your life may have taken, and how early influences both good and bad have shaped your path and direction. While having this short break I have been considering what and why I started drawing and what influenced me..and still does.
Also revisiting my grandfather’s story made me remember my first favourite books. Some of them were his books and although he died long before I was born I would read them at my grandmothers house. Favourites were Kipling’s story of Riki Tiki Tavi, in the Jungle Book and the Just So Stories. There were Joseph Jacob’s Old English Fairy Stories, and Sherlock Holmes and Dickens and M R James Ghost Stories.
What these books all had in common were black and white illustrations and that is how I started drawing, copying some of the engravings and pen and ink drawings from these and old art magazines. I have said before in the blog how much I feel that black and white work is underrated, I love black and white photos, am drawn to black and white design, and I started my art career working in pen and ink.
So if last year was getting back to the basics of observed drawing maybe this year is revisiting some favourite subjects and techniques.

Some years ago I worked in scraper board which I had played about with for as long as I can remember. Its clean, crisp, black and white quality was used extensively in the early part of the 20C for advertising illustration. You would see much product illustration drawn on scraper board, for some reason I mostly remember shoe adverts, and at one time it was a very popular technique for medical and scientific illustration. One of the finest exponents who kept this style alive was Bill Sanderson you can see his wonderful work here

I made a few samples pieces for commercial advertising including this one, 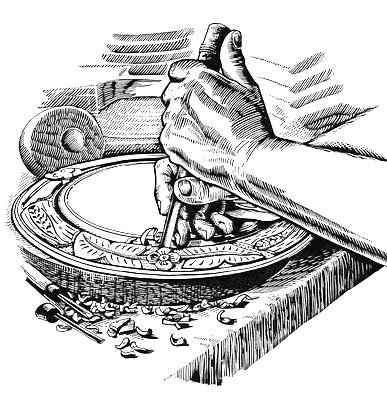 and this was for an advert trying to persuade people to relinquish the messiness of real fires for the the virtues of gas heating. 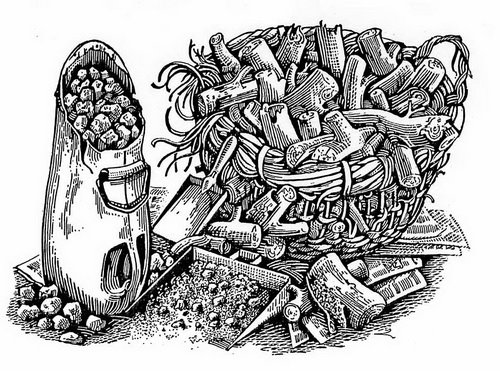 I went on to work in scraper board as well as pen and ink for quite a few years, returning to it from time to time if the job allowed.
My favourite job was a lovely poetry book called “Chasing the Sun” which showcased poetry from around the world. I had liked the woodcut type feel I could get with scraper board. Here are some examples from the book.

The Village School by Judith Nicholls was lovely to do as it is about the county where I grew up and, yes, we too had slates in our very first school class. 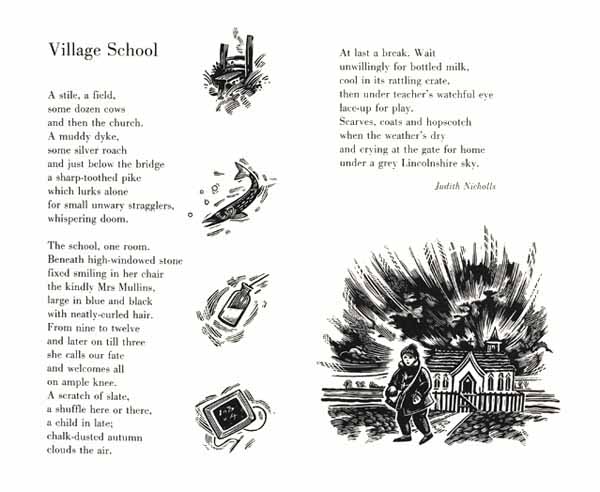 Two poems by Roger McGough.. This first one likens the smelly Durian fruit to a small animal. 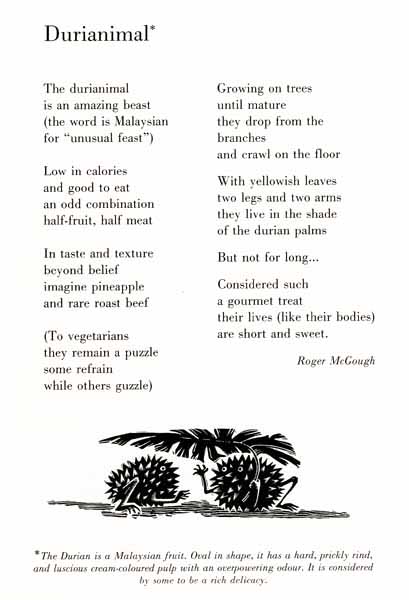 and I didn’t know the Aardvark was such a good mimic. 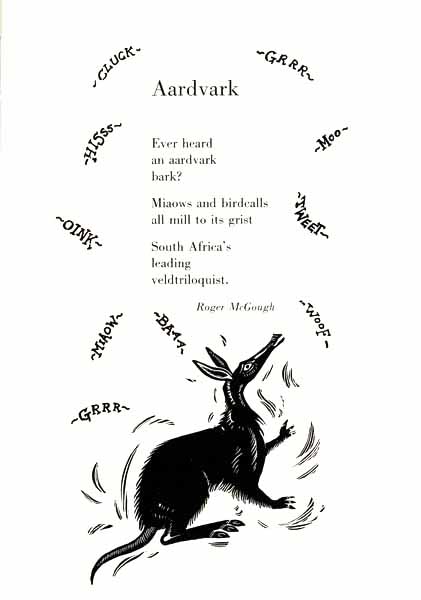 Dancing the Anaconda by Mike Johnson 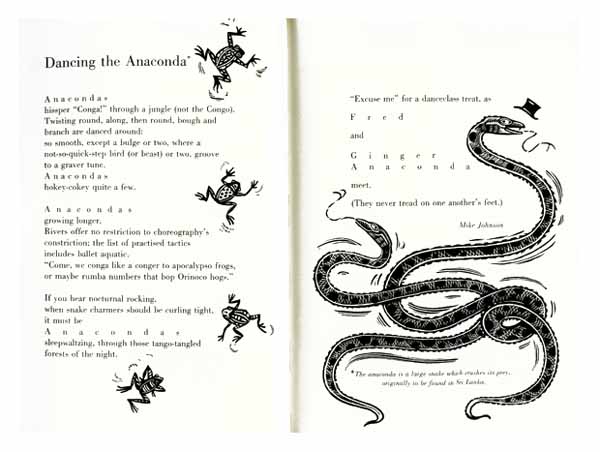 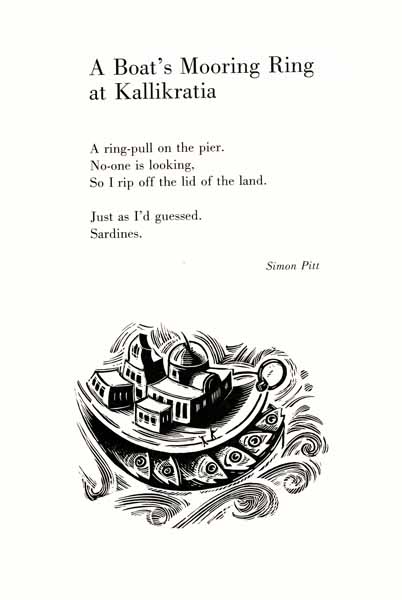 Poetry is really rewarding to illustrate and has got me thinking of some possible projects.

So February is going to be black and white month.. I will be exploring some of my favourite old techniques and artists and I will be continuing with the leaves and botanicals too with maybe a small book in mind.