We took the old Turquoise trail road from Albuquerque to Santa Fe. It is one of the oldest thoroughfares in North America and connected the old, now mostly lost and closed, mines along the eastern edge of the Sandia Mountain range and led down to the settlements of the Rio Grande Valley. In these mountains lay miles of seams of turquoise thought to have provided the Aztecs with the stones for their fabulous jewellery and treasures (which of course were then seized by the Spanish). The last boom time here was in the late 19th Century when gold, silver copper and lead as well as the beautiful turquoise were mined.

We stopped at Madrid..pronounced MAdrid. (could we be more Spanish?) and had a fun couple of hours at the extremely welcoming Mineshaft Tavern with great live music and some very good food. 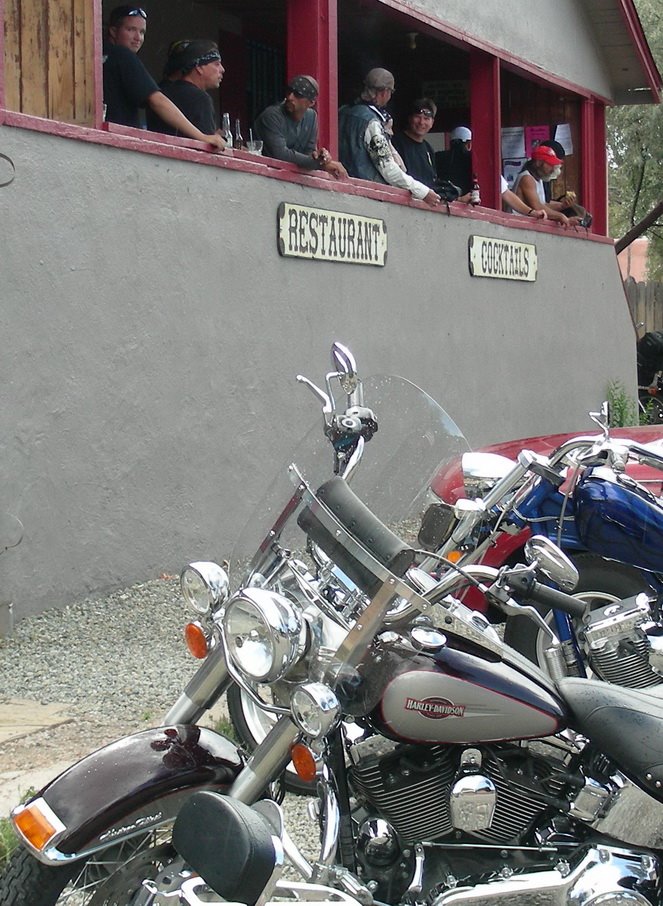 Sadly the bikes were not ours!

Madrid was a small coal town and at the ramshackle museum… and the nicer for it… you can see many old bits and pieces of mining and railroad ironwork and relics of all kinds from the old community. There is a still an original mineshaft too. 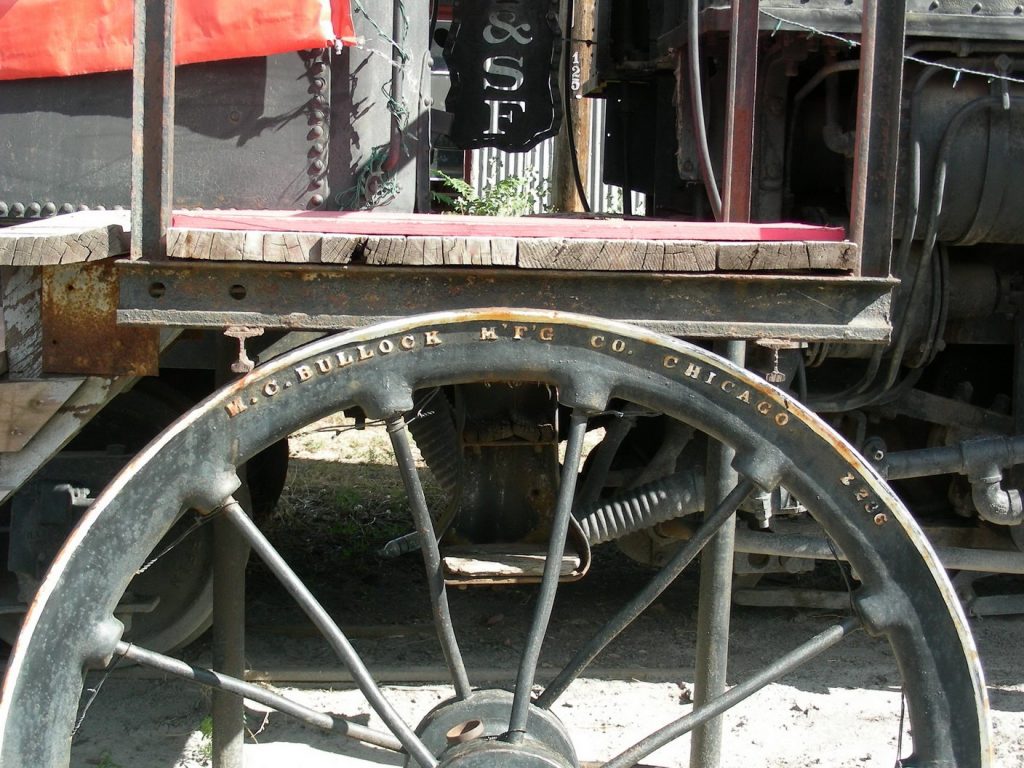 This is from a review of the town written by Gary Speck from his great site which details USA ” ghost ” towns. It’s a fascinating read, more here
“If you remember the hippies and their craft shops of the mid to late 1960s, you know what Madrid is like. I felt as if I had been kicked back twenty years to the days of love-beads, love-bugs, and love-ins. Earth-mother dresses and flowers in the hair, beards and long hair were not out of place in this town that time forgot.
Madrid was born as a coal town, whose coal was first used in the 1830s by the Spaniards at a nearby gold mine. It wasn’t until 1889 that the coal was mined in a larger scale. The old camp boomed, and within ten years boasted 3000 folks. Madrid was a major producer despite a mine fire in 1906, with production peaking in 1928. The Great Depression slowed mining, and by 1934 only 1300 folks remained. During WWII, coal was needed at Los Alamos, and the atomic city received 20,000 tons of the black fuel. Once the war was over, so was demand for the coal, and Madrid rapidly faded.
By the late 1950s, Madrid was a stereotyped ghost town. Hundreds of abandoned shacks, countless blank-eyed windows, and crazily tilted chimneys recalled a Hollywood version of an old western town. All that was missing was some long-lost cowboy wandering down the main street.
In the early 1970s, refugees from the modern-era rat race discovered this picturesque ghost town, and growth began. The owner of Madrid, who previously couldn’t give anything away, suddenly found himself faced with an influx of squatters. He turned around and sold the town “shack by shack’, for $1000 to $1500 each. This episode awakened the sleeping spirits, and Bohemia encroached, leaving no room for ghosts!

He said his visit was in 1987, I doubt it has changed very much. For a 60’s girl it was like stepping back, tie die, and tshirts and I am sure I spotted some macrame, but some very nice craft work too. 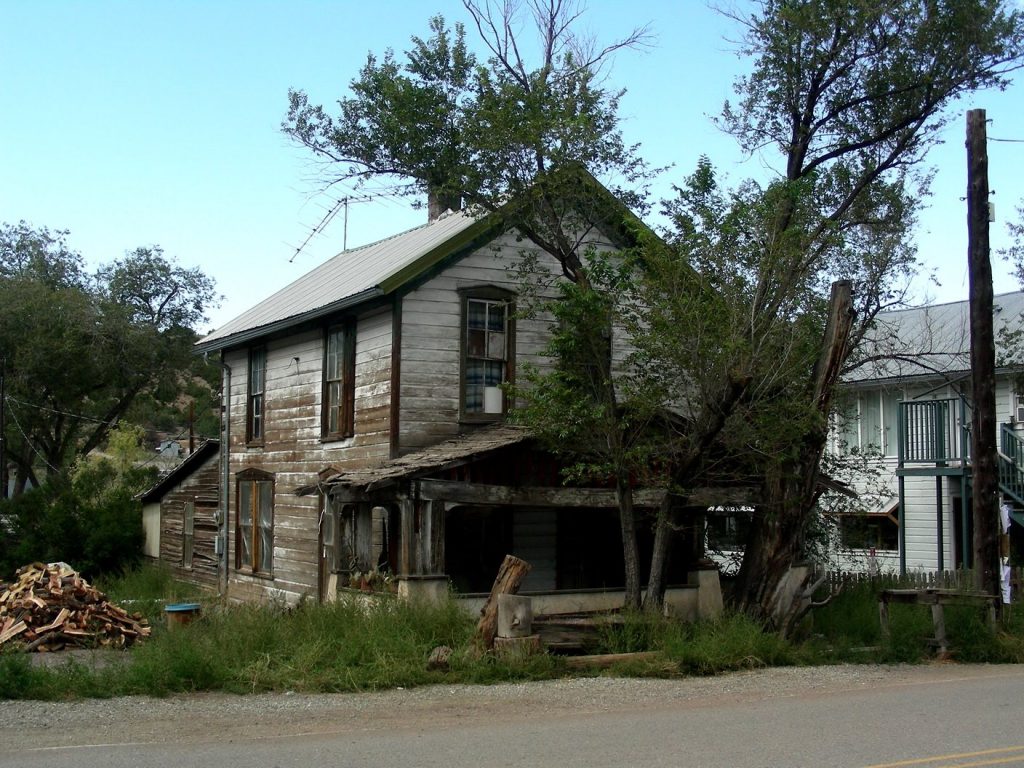 There are still a few unrestored wooden houses like this one which I guess now would cost substantially more than $1000.. I could have spent hours looking at all the shops but Santa Fe was calling.