This is rather a belated post but wanted to let you know that I left Orlando on Monday with a clear conscience having rescued a tiny little moorhen chick from a certain early death. On Sunday we saw a little black smudge of fluff wandering lost and alone by the lake, cheeping loudly and plaintively.

I am no bird expert but remember being told it is best to leave baby birds to be found by their parents, but it’s hard to hear that pitiful little cheeping and do nothing. So after half an hour, as the ospreys were circling overhead and the great white egrets had turned their steady gaze in its direction and were sharpening their rapier bills, I went off to look for the family.

They were pottering about, much further down the shore, quite oblivious to this missing baby so I gathered it up and took it along to join them. It was all feet and fluff, wriggling its huge feet in my hands, weighing nothing and pecking so ineffectually at this its most benign captor.

The reunion was predictably sweet and affectionate (thank goodness). The mother did a double take, was she counting up the others? … then rushed over to reclaim this odd little thing which chirped, splashed and waved its skinny little red featherless wings in sheer delight ..it would melt the very hardest heart. 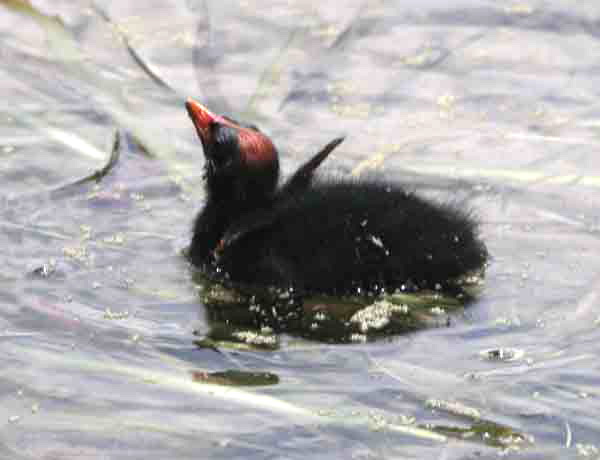 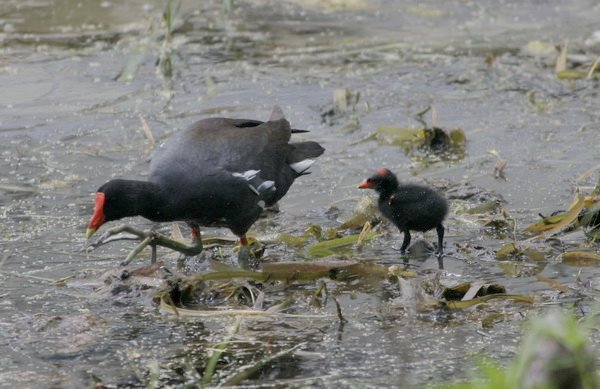 She immediately started looking for some food for the prodigal ….
This I think is a snail being offered. 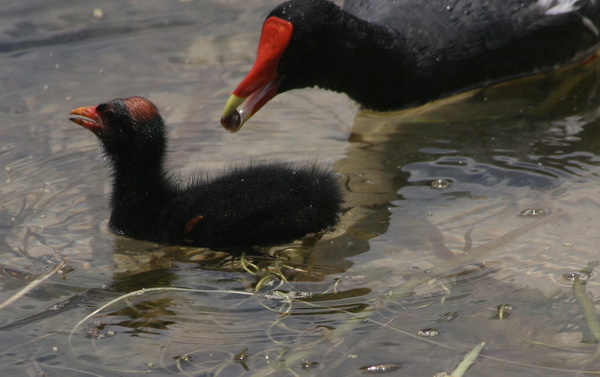 Then a fish, which 2 chicks tugged at for a while until she reclaimed it and fed it whole to one chick. I thought it was a bit like us having to swallow a whole cod. 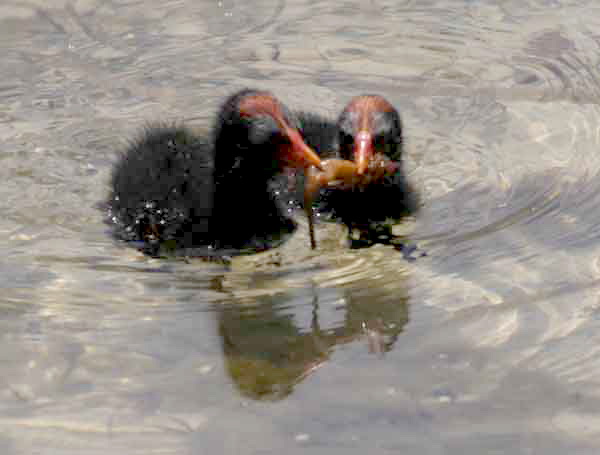 So the question is, can moorhens count? Do they even notice if one chick is missing? Do they normally go searching or is this moorhen just a feckless and inattentive mother. Last year we watched 6 goslings reduced to just 2 over about a month. I hope these 7 will still be together when I return. 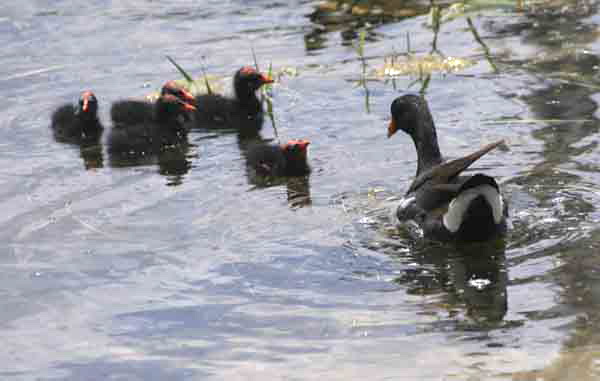 At least once a week I try to go and sketch outside and the weather is lovely at the moment so this afternoon I went to the lake to do a larger sketch of a clump of trees by the shore. I love working in charcoal, it is responsive and messy, a real welcome change from the waxy hard coloured pencils. This is 20 x 25 inches, charcoal and white chalk on a warm grey Ingres paper. I´m not very keen on Ingres paper and started working on the textured side by mistake which I like even less because of its mechanical looking surface but it was nice to work on a larger scale today.

I had the usual accompaniment of critics, jeering from the trees around me, mostly grackles which I wrote about before, perching sometimes just a foot way, all glossy and smart. When not screeching they have a disconcerting “uh oh” noise like some insufferable know-all’s ” I wouldn’t do that” comment, looking over your shoulder just as you are about to make a huge mistake. They sat by me, above me and below me squawking, “I wouldn’t put that mark there if I were you”, noises for about an hour. A pair of mallards was pottering about in the water at the foot of the trees, so happy and so sweet together.

The little ghostly blue heron was also silently patrolling up and down, quietly stalking its prey of dragonflies and little fish. Also known as the ‘levee walker’ it is the Italian greyhound of the bird world, delicate and fragile with twig thin legs, looking as though it has been carefully crafted from the finest and softest dusty blue suede. When you sit for long enough the birds come very close and I was able to do some more sketches of the heron.
This little bird is not so difficult to draw from life as it moves quite slowly and hesitantly and covers the same patch of floating marsh grass, up and down, delicately picking up its huge feet and gently placing them down again, almost walking on the water.
____________________________________________ 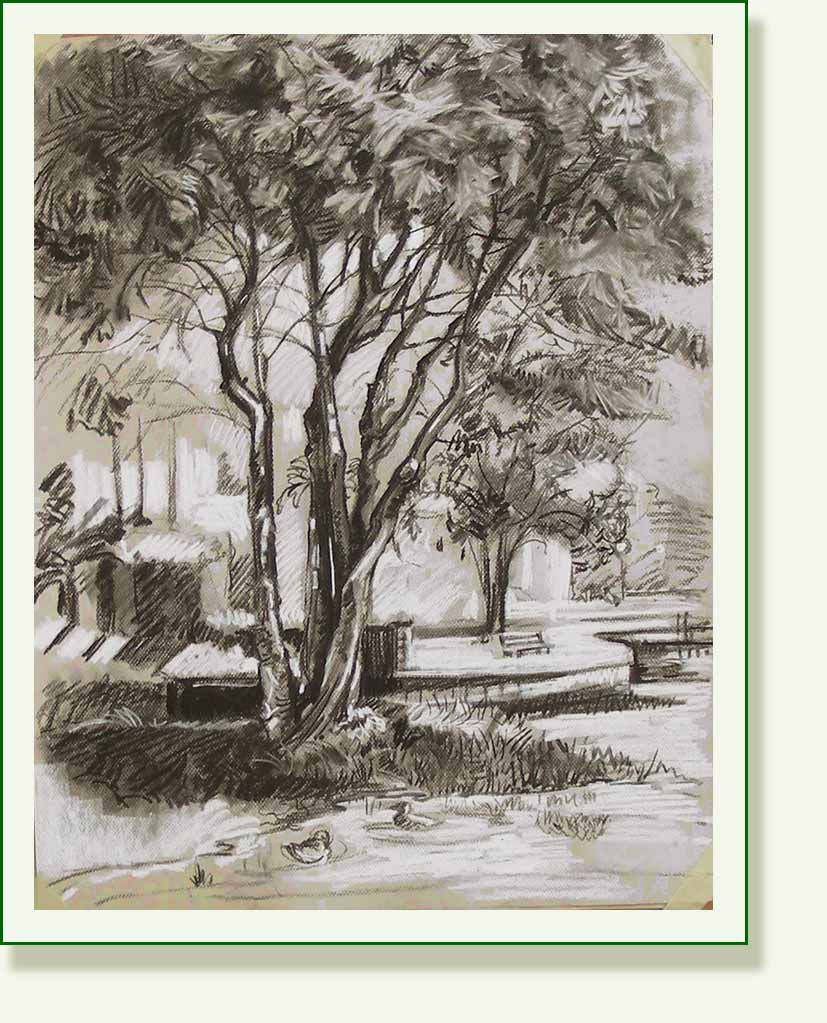 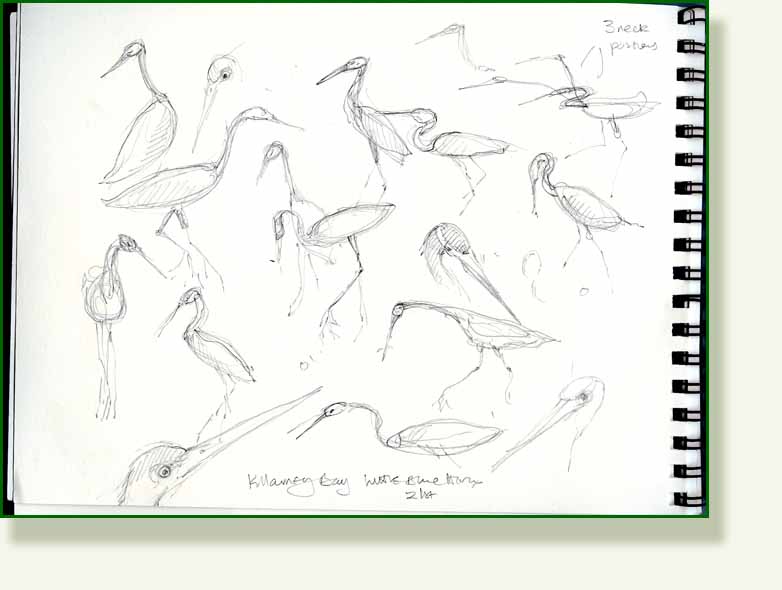 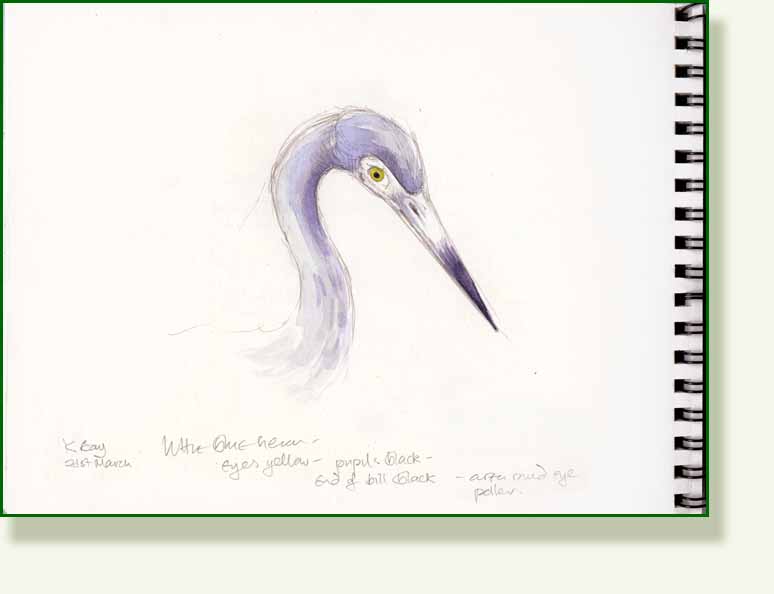 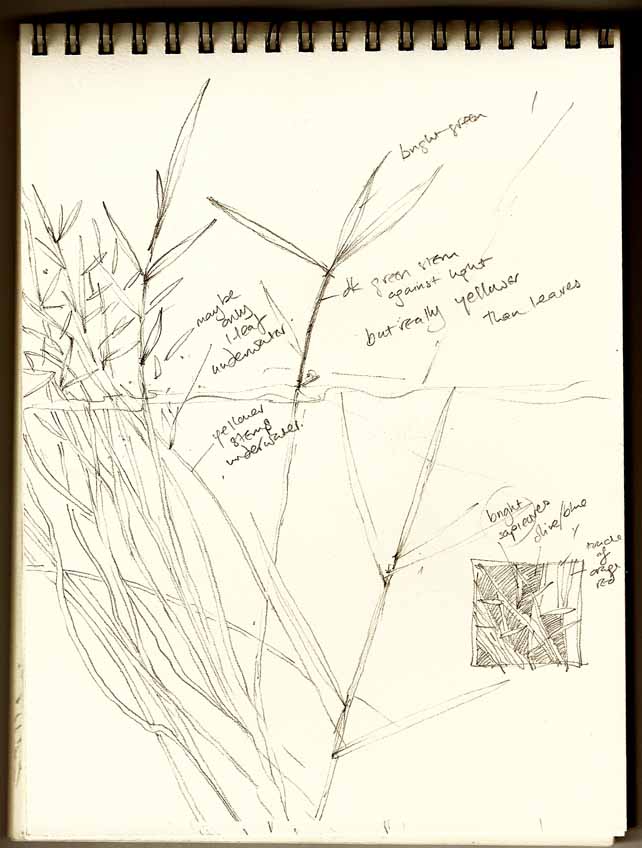 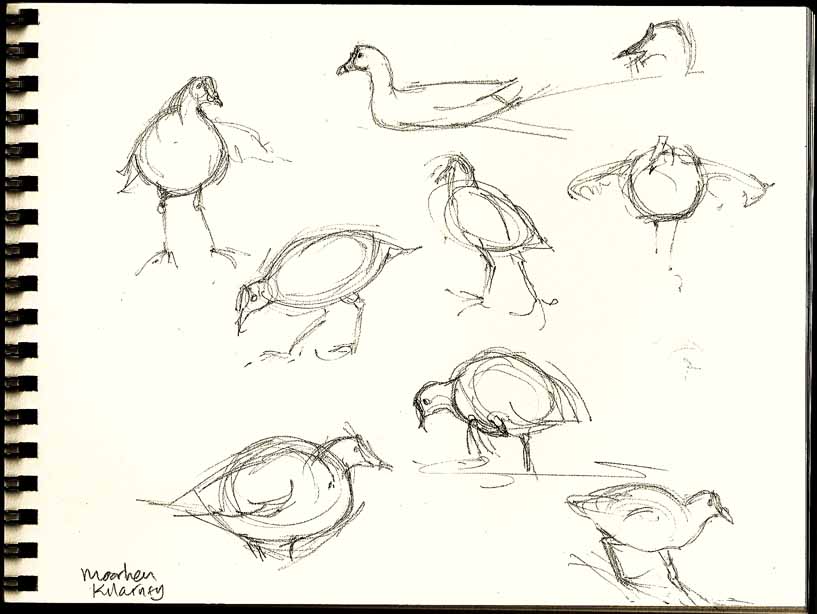 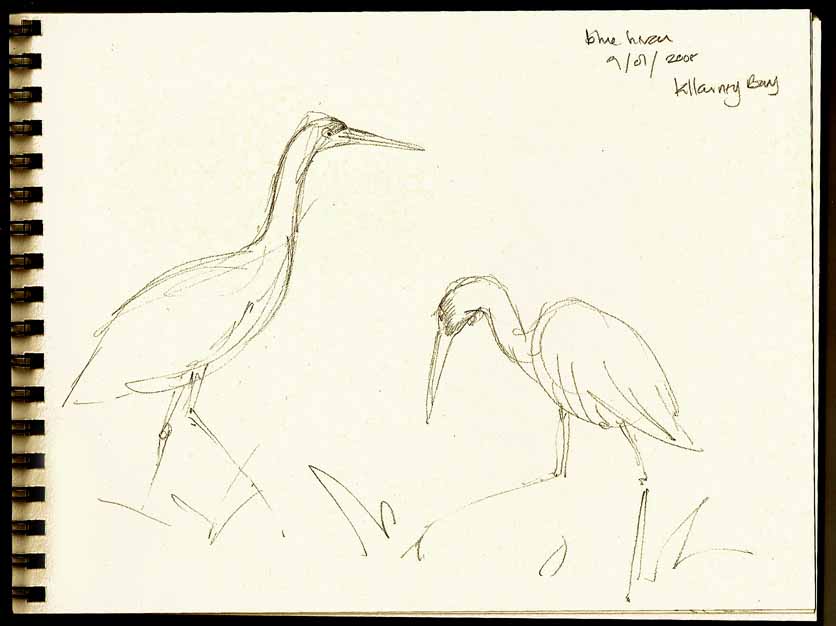 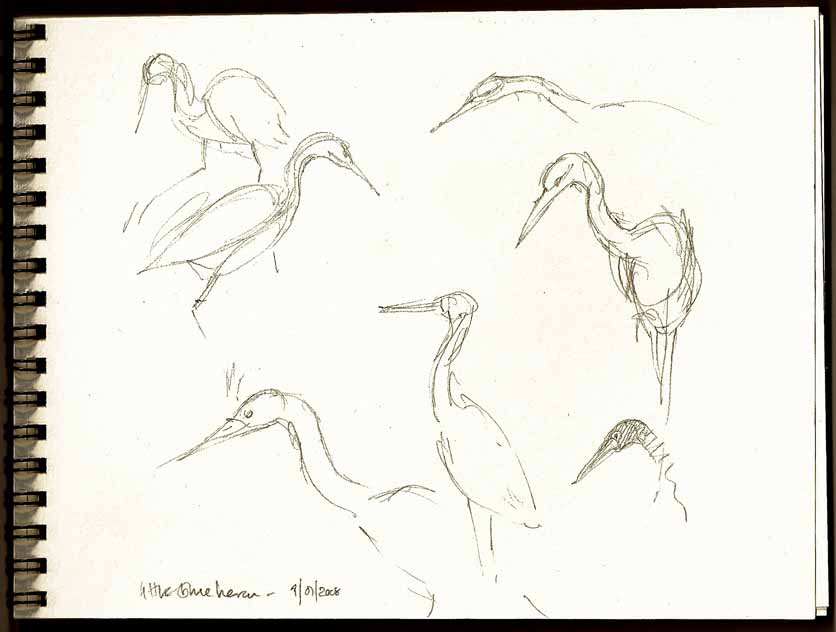