I have been thinking that Leu Gardens really needs several small booklets as a guide to the more exotic plants to be found in the 50 acres with several different titles, one being “Eat your way round the Garden”. I suppose health and safety issues here, in the land of the very affluent fat cat litigation lawyers, would prohibit such a publication and it could all go horribly wrong. To my very certain knowledge there are some potentially deadly things in the bushes as well as very edible herbs, fruits, leaves and roots. Just on Friday Pedro showed me the delicious bright red cherry like fruits of the Malpighia emarginata, the Barbados Cherry which grows happily untouched in the Demonstration Garden.

This sketch today is of one little floret from the inflorescence of the Alpina calcarata the Indian ginger. This is not the ginger root which we see in the supermarkets which comes from Zingiber officinale but is from the same aromatic family. 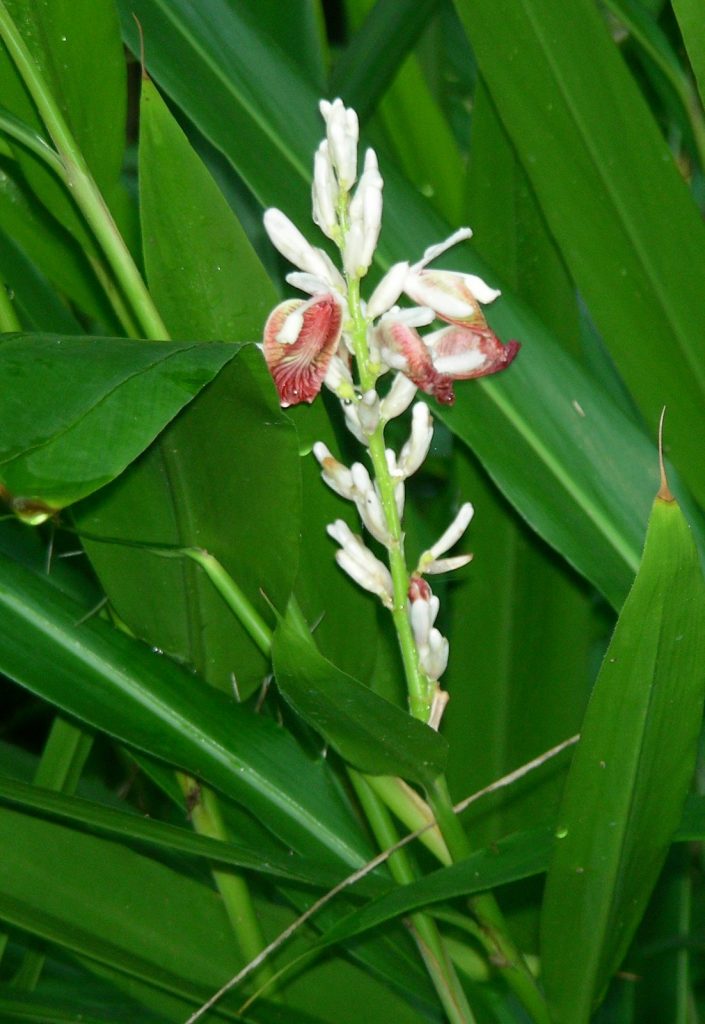 One of the “shell” gingers (so called because of the pretty shell like flowers), it is a native plant of India and is also known as the cardamon ginger or false cardamon. This is a lovely, tall and elegant plant with long slender leaves and can reach a good 5 foot. The little flowers, which somewhat resemble snapdragons (it’s also called Snap ginger) are held upright in spikes, and are a pretty bluey white with yellow and reddish-maroon stripes. The ‘edible’ parts are the leaves, which can be used to flavour steamed rice, for tea like infusions or as wraps for fish and, as I am holding them in my hands the flowers smell faintly of ginger…lovely.
It is also used in medical preparations in India in Ayurvedic medicine and ginger in general is well known to help control nausea and as a powerful digestive aid.

From the strange ‘beehive’ gingers to ‘dancing ladies’ and the heliconias, this family of plants is both beautiful and useful. If I had a garden here (and it would have to be acres and acres) I would definitely plant gingers and become a ginger expert.

There is an old Sanskrit saying “Adrakam sarva kandanaam” which means “Every good quality is found in the ginger.”
This is another useful phrase for the boring dinner party which will no doubt impress and alienate the other guests in equal measure. I am becoming the nightmare dinner party guest who can waffle on ad nauseam (better have that ginger dessert ready!) about things that probably only a handful of people in the whole world are interested in. Pedro politely describes me as very nice, if a little eccentric, (but then it won’t be long before the mother ship comes to collect me so I shouldn’t worry). 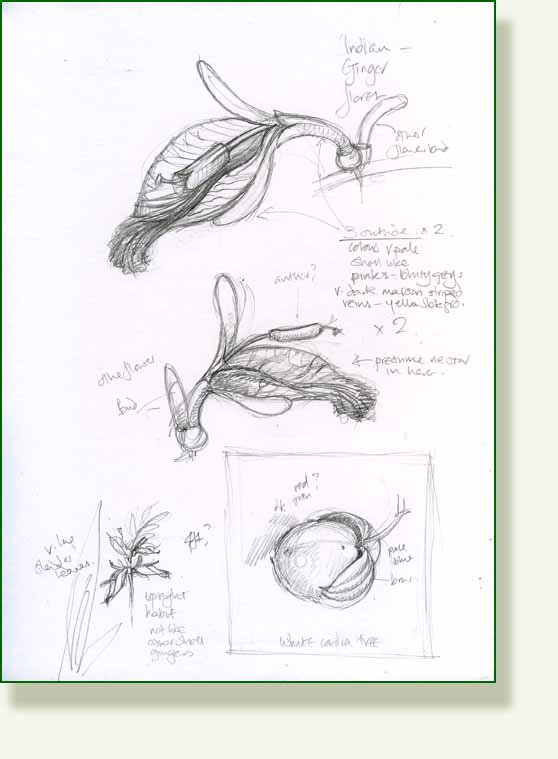 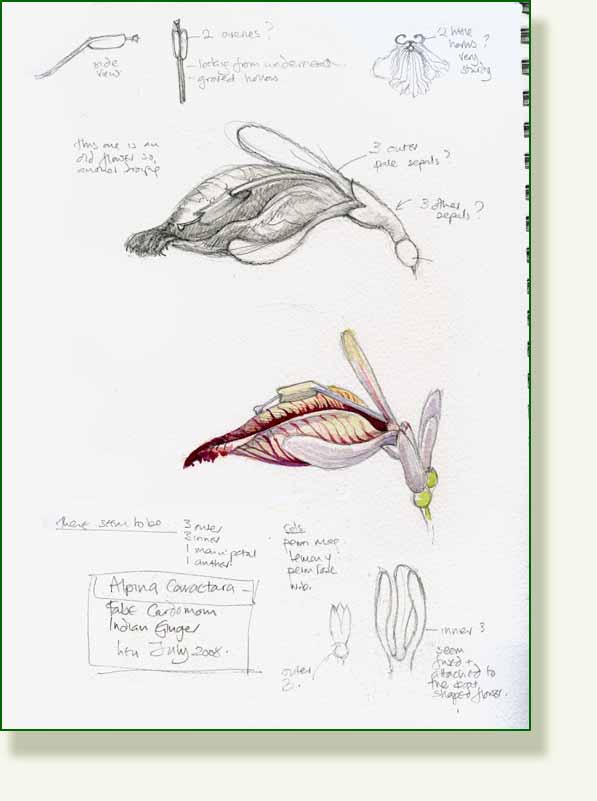