The time has come to get going. After a slightly longer than anticipated break  I’m beginning the research, notes, roughs plans, and trials for my MA dissertation and the major project. Time slips by so very quickly and I have just 7 months left.

The Hortus Project
So what am I going to do? For the dissertation I am not sure but the major project has been triggered by a visit last year to the Hortus in Amsterdam, a garden started in 1635 initially as an educational medicinal garden to train apothecaries and doctors and aid them in their efforts to improve the health of 17th Century Amsterdam’s growing population.
The 17th century Dutch Republic was in the forefront of trade, exploration, science and art. It was also a busy and exciting time for doctors, surgeons and of course the accompanying herbalists and apothecaries. 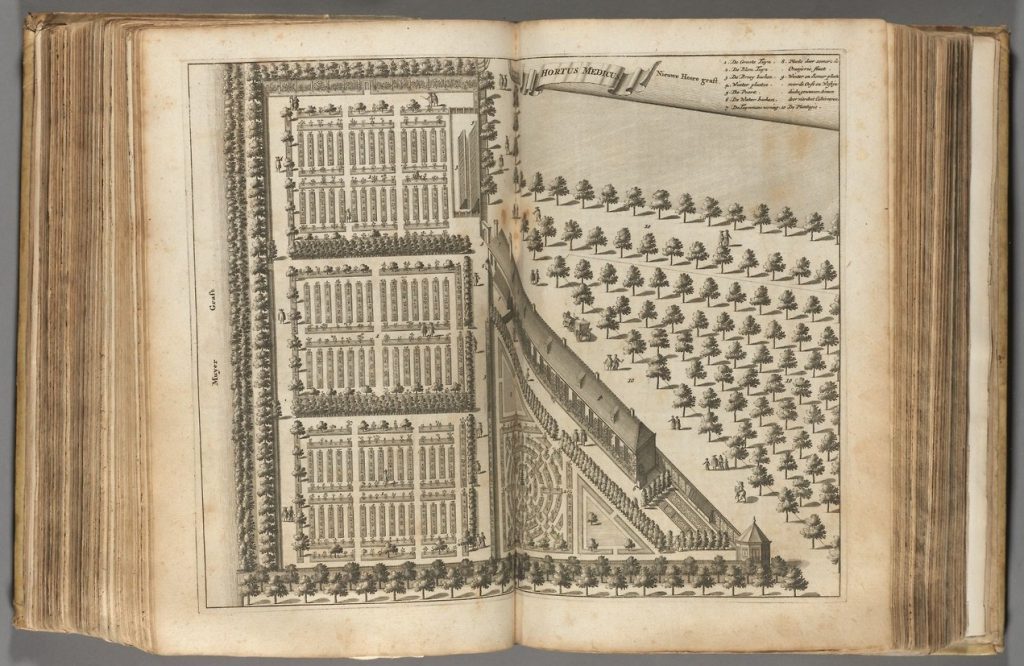 This lovely map is the layout of the Hortus, published by Caspar Commelin  in 1693. from Wiki: Neth 3250.3, Houghton Library, Harvard University

The People
But although my jumping off point is the Hortus, my actual work will be much more general, looking further back, long before the Amsterdam Garden, reflecting the stories of not only the plants but the people involved in the transformation of plants into helpful (sometimes) drugs and potions. I assume without us the medicinal plants would carry on being just plants, incidentally attending to knowing animals. So the people are important and  I am looking at the botanists, the explorers, the herbalists, gardeners, apothecaries and doctors… not forgetting the patients of course.

Here is one of the Botanists….

Jan Commelin uncle of Caspar ( above) Botanist, one of the founders of the Hortus and a rich man. Medicinal herbs were good business.

The Plants
The story of medicinal plants is very very complex. For as long as man suffered ailments he looked for remedies wherever he could find them. Trial and error, knowledge passed down by word of mouth from a lucky survivor and eventually written accounts, the earliest, a Sumerian tablet listing herbal remedies which dates back 5000 years and refers to over 250 plants
Thousands of plants were thought to have medicinal uses and few bits of animals, rocks and minerals too. In my limited time I can only look at a few so I decided to ask Hanneke Schreiber, Head of the Garden and the Collection at the Hortus to choose her favourite  medicinal  plants which were part of the original collection. That’s my starting point.

Here is one, from the British Library. The ancient and dangerous Henbane. 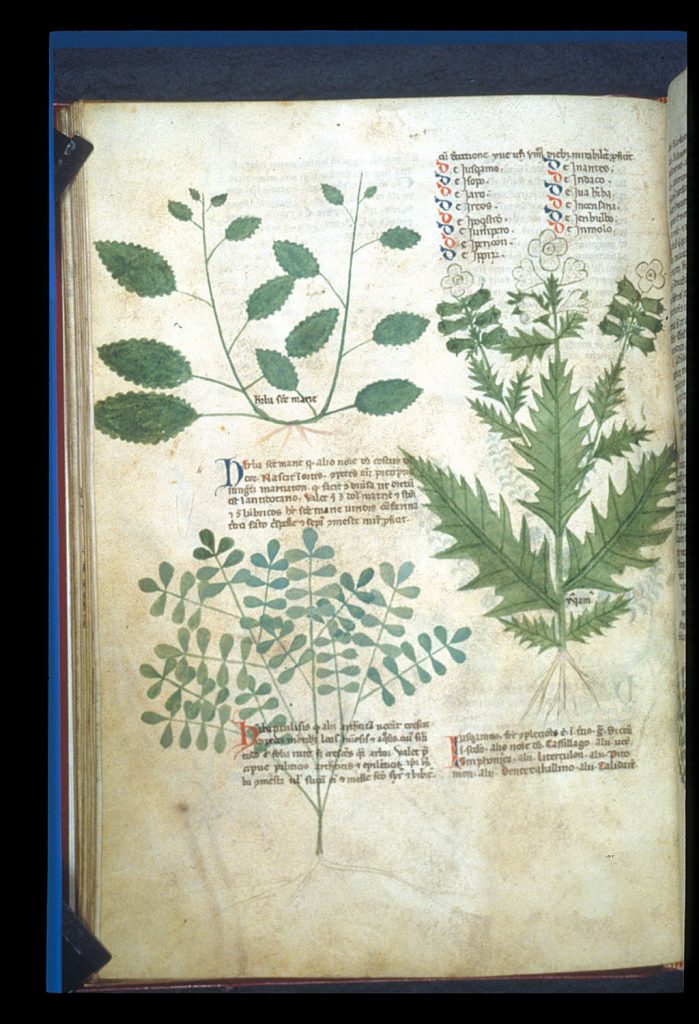 An Illustration from the “ Tractatus de herbis (Herbal); De Simplici Medicina by Bartholomaei Mini de Senis, Platearius, and Nicolaus of Salerno” . circa 1300

Lots to do, research, paint, print and draw..happy me.

My other good resolution, to spend less time on the computer was thwarted today as it seems my ageing little Sony laptop is full. So I have spent most of the day transferring some files to an external hard drive…yawn..but it was also a good opportunity to tidy them all up a bit, but then settings have to be changed and other things moved etc etc …so another very late start today.
It also took me quite some time to find out what this was. I saw it yesterday happily carpeting the trellis by the lake at Leu, slightly hidden away, out of sight and reach of the weeders and strimmers. It is, yet another, pretty but not much loved plant. Yes, I can see by just looking at it that it might be a pest but the fruit are so attractive! 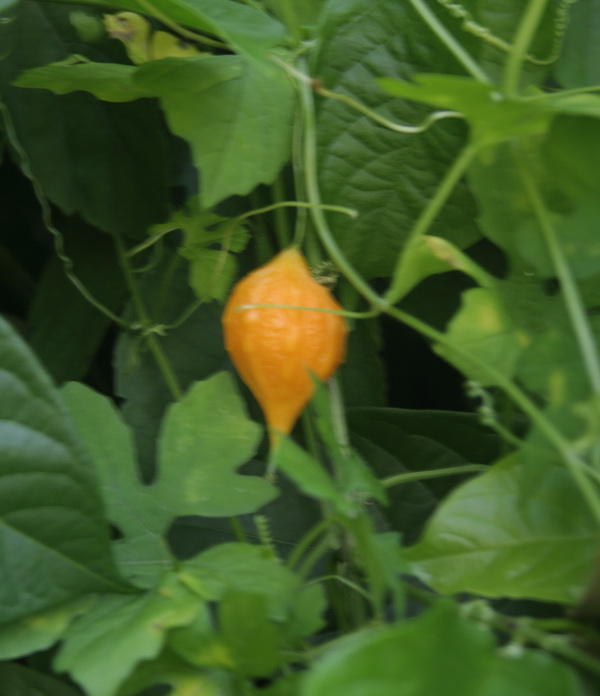 My only rather blurred photo..to be replaced when I have a better one.

I think it is the Balsam apple (Momordica charantia L. ) a member of the cucumber family. It name seems to comes from the Latin word Mordio, to bite, and “refers to the bitten appearance of the uneven seeds” and charantia refers to the pointed fruit. It is definitely one of the Momordicas
but some images and information, say it could be Momordica balsamina, the Balsam Pear, or Bitter cucumber… I am confused. To me, the bitter cucumber is ..well ..more like a cucumber to look at. However it is an interesting plant. Like the star anise, one variety seems to be toxic while another is eaten as a vegetable in India and there is talk of preparations being made of the fruit for skin conditions. The Balsam Apple was a well known medicinal plant, introduced into Europe around 1568 to treat wounds , but I am not keen to try anything. There is a stickiness to the seeds that is very off putting.
However it looks very pretty with these beautifully shaped bright orangy yellow pods. As one description has it, “beaked, bumpy, and ribbed.” When they are ripe, they split open to reveal the brilliant red sticky seeds.

Here is a lovely illustration of a “Balsam Pear” from Leonhart Fuchs’ De historia stirpium commentarii insignes ( Notable commentaries on the history of plants) which was first published in 1542 describing in Latin some 497 plants and illustrated with woodcuts. 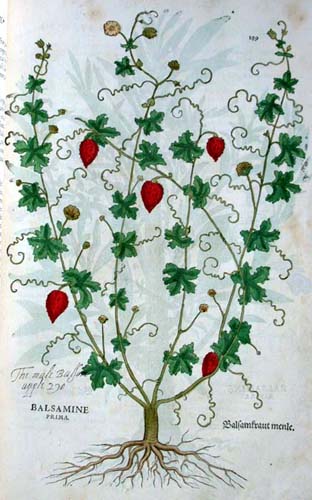 Herbals were lists and descriptions of plants and their medicinal properties, but earlier herbals were notoriously inaccurate, being based upon images repeatedly copied out from earlier manuscripts and from generation to generation, errors and all. A visual Chinese whispers where the consequences of mis-identification could be disastrous. These excellent woodcuts were based on first hand study and recording.

“Fuchs’ great herbal…was conceived on a much larger scale than the herb books of his immediate predecessors. His aim was to reproduce each plant from life, and he stated in his dedicatory epistle that this was done for no other reason than that ‘a picture expresses things more surely and fixes them more deeply in the mind than the bare words of the text’. Each illustration was therefore based upon the appearance of the living plant; furthermore, ‘we have not allowed the craftsmen so to indulge their whims as to cause the drawing not to correspond accurately to the truth’. “ 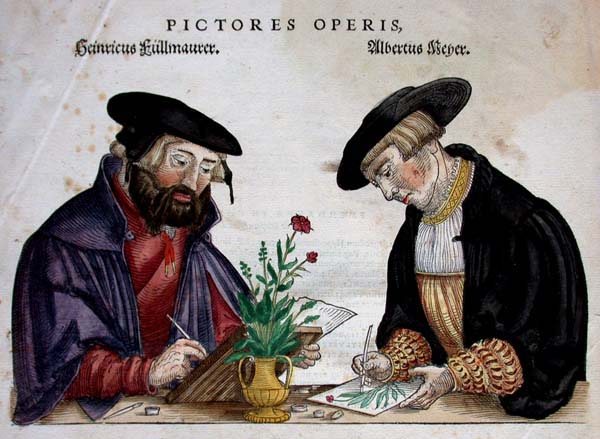 Here are the painters “operating” and hopefully not indulging their whims .. Apart from the gender, it could be me, today. It looks such a serene and relaxing art, doesn’t it?.. It isn’t…

But the article goes on to say …
“A labour of love some thirty one years in the making, Fuchs’ lively enthusiasm for his subject is obvious. As he himself stated: ‘there is nothing in this life pleasanter and more delightful than to wander over woods, mountains, plains, garlanded and adorned with flowerlets and plants of various sorts, and most elegant to boot, and to gaze intently on them. But it increases that pleasure and delight not a little, if there be added an acquaintance with the virtues and powers of these same plants’

I suppose that is more or less what I am trying to do with the blog! I must keep this quote to hand so that I am reminded of the joys of “wandering” when the fire ants are biting…30 years though!.. just when I was impressed with myself for having done 9 months
Two more beautiful images from the herbal, the Capsicum Pepper , 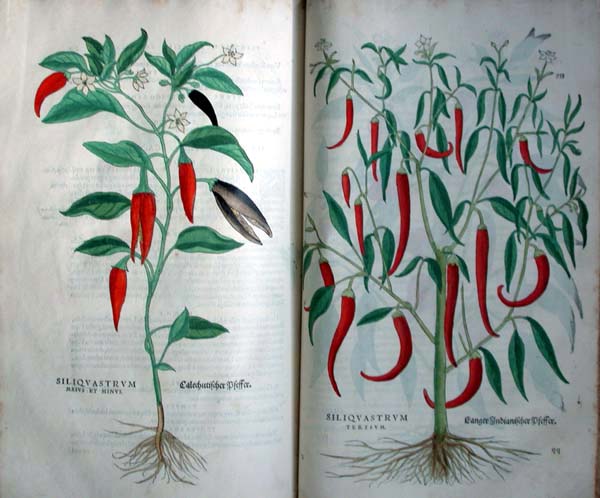 and the strange and wonderful, Carline Thistle. 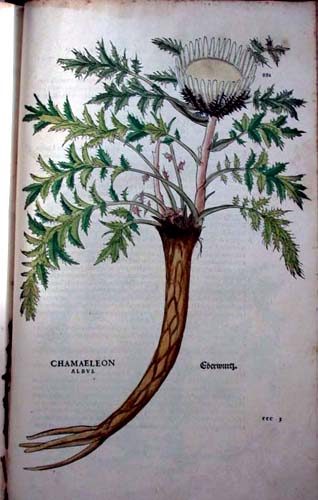 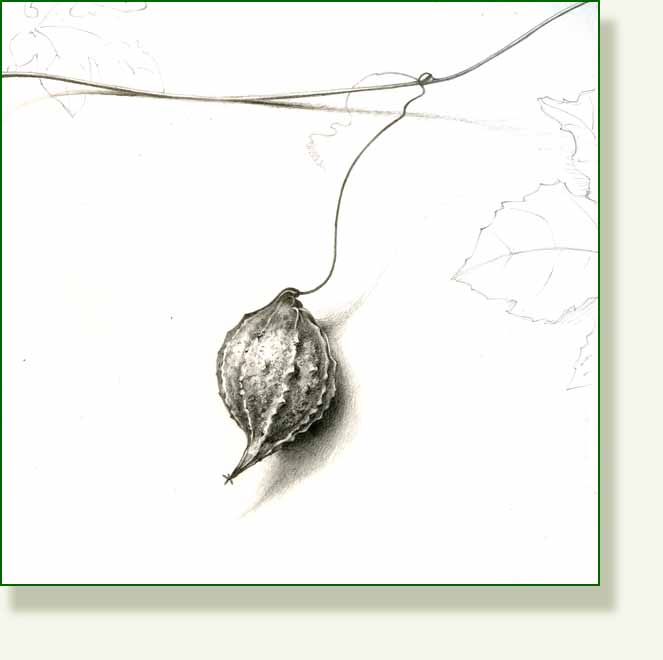 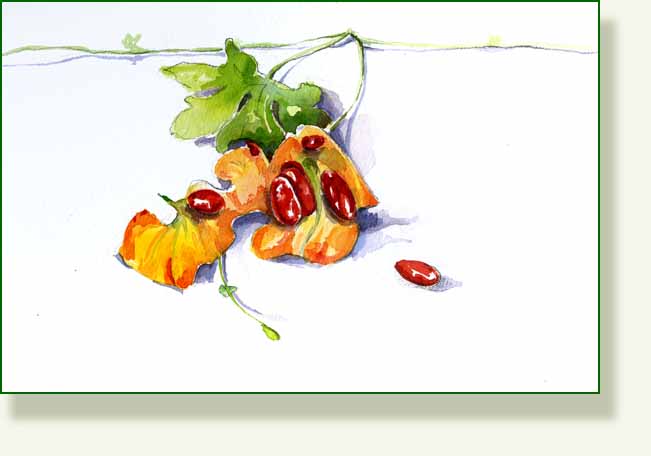 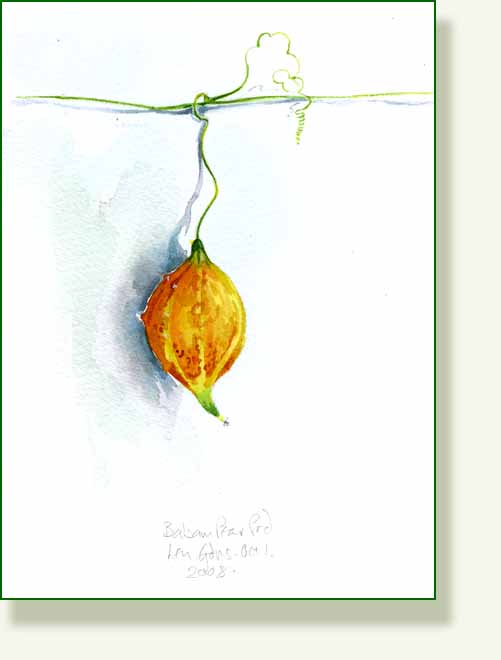