“And I had but one penny in the world, thou should’st have it to buy ginger-bread.”
William Shakespeare, Love’s Labours Lost

I love ginger, fresh, dried, crystallized, preserved, in jams, jellies, wine, just on its own, in chocolate, in curry, in cake, in beer, in ginger thins, ginger nuts, ginger snaps, and most gloriously in sticky dark rich fattening, gingerbread.
I have been thinking more about gingerbread than drawing today and ginger definitely comes into my “eat your models” category.

Ginger is an ancient and once very expensive spice, second only to pepper in its value. Originating in Asia and arriving in Britain with the Romans, it disappeared for a time and reemerged with the homecoming crusaders who brought all kinds of exotica from the Middle East. Its medicinal use was as important as its culinary value for flavouring and preserving food.
The generic name for ginger comes from the Sanskrit, sringavera, meaning “shaped like a horn” but, just to confuse things, these knobbly rhizomes, (not exactly roots as such) are known as “hands”. With hands and horns shaped like ginger roots you would be a strange arthritic creature, but you see the point. 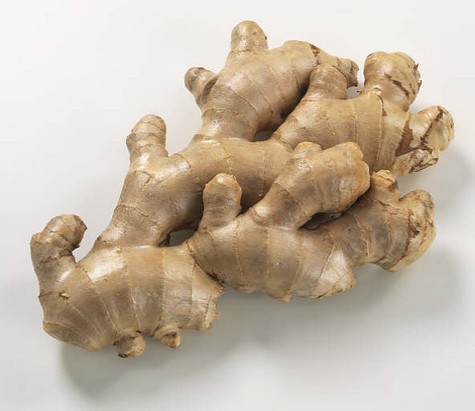 Gingerbread as a cake or biscuit seems to have originated in medieval times and the shaping of ginger into figures is very interesting, as food fashioned into recognizable shapes is redolent of symbolic offering and sacrifice.
It seems that Catholic monks began to bake gingerbread in celebration of certain Saints, pressing gingery dough into carved forms and then decorating the figures. ..We are well past the iconoclastic era now.

Medieval fairs also began to sell gingerbread (fairings) and it was made into shapes to celebrate the seasons, flowers, animals and birds ,saints and people. In one instance you could buy a gingerbread husband.. eating your spicy “husband” would apparently increase your chances of finding a real one!

An excerpt from the excellent “Baking for Britain” blog here

“Every old town or country fair in England had a different food associated with it, often a type of gingerbread, a long-lasting heritage deriving from the medieval love of spices. In Hampshire you could buy a Gingerbread Husband. These little fellows were pressed into a wooden mould to form their shape, and then gilded. If I can ever find a Gingerbread Husband mould I will be making up a whole batch of husbands (at least you can eat them if they get tiresome). Bath Fair sold Gingerbread Valentines (perhaps to give to your Gingerbread Husband).”

She has more gingerbread recipes there than you could shake a stick at! …and, continuing with quaint sayings “ taking the gilt off the gingerbread” of course refers to these dazzling, pretty, decorated sweetmeats which, once the icing and sometimes real gold was removed, left just the ordinary cake underneath. “Ginger-up” refers to sprinkling ginger on the backside of a horse to gee them up!..and little pots of powdered ginger were available in ale houses to sprinkle on your beer and I suppose on your horse.

There were famous gingerbread makers and it is clear that Joan Trash, the gingerbread woman mentioned in Ben Johnson’s play about the raucous London Barthomew’s Fair in 1619 was making gingerbread figures. An argument breaks out when Lanthern Leatherhead, the hobby horse maker accuses Joan of stealing his customers.”Sit farther with your gingerbread progeny there and hinder not the prospect of my shop”. He also reviles her products as being made with “rotten eggs, musty ginger and dead honey”

Queen Elizabeth 1 is said to have had gingerbread figures made of her courtiers. I am not quite sure what the symbolism of eating them would have been I will leave that to your imagination.

The most famous gingerbread maker was probably “Tiddy Doll” so named from his street cry. He was a well known London character who dressed like dandy and died in 1752. In Hogarth’s “ The Idle Prentice” you can see him, bottom right, holding up a ginger “snap” which, according to his own claim “ will melt in your mouth like red hot brickbat.” 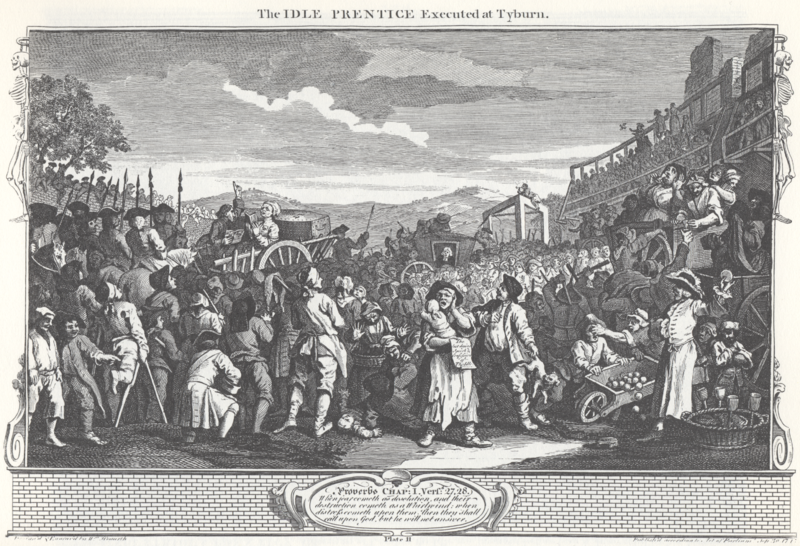 Gillray drew a savage cartoon of Napoleon as Tiddy Doll baking some new Kings with his aide Tallyrand preparing the dough. 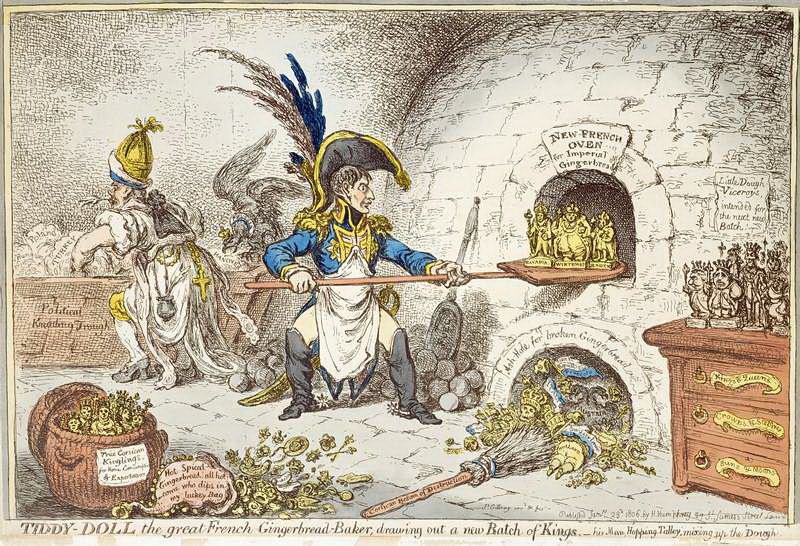 “The print, published in January 1806, shows in a basket the Corsican kinglings: Joseph, to become King of Naples in March 1806, Louis, to become King of Holland in June 1806, and Jerome, to become King of Westphalia in July 1807. No doubt Napoleon’s sisters and their husbands are also in the basket. The three kings being taken out of the oven reflect the provisions of the Treaty of Pressburg (26 November 1805) where Austria renounced rights over Bavaria, Wurttemberg and Baden. Gillray was not so accurate with his model of the little dough viceroys. Although untitled they represent the Whig politicians Sheridan, Fox, Moira and Derby, and are a vicious sideswipe at their policy of appeasement. The caricature of Talleyrand in the background cruelly depicts his surgical shoe, wrongly placed on his left foot. “

I think Gillray’s work is wonderful, just from an artistic point of view alone, and to my great delight I found (or perhaps I just willed it so) that ginger can be efficacious for gout…the best excuse for sharing my very favourite Gillray drawing with you. 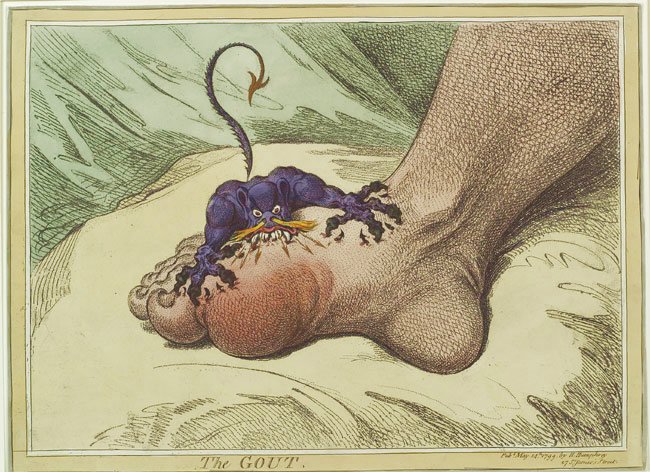 I may get some drawing done tomorow if I am not lost in ginger research. The gingerbread man, ginger beer, a recipe and shampoo to come.

Today another ginger flower sketch. This one Alpinia zerumbet. 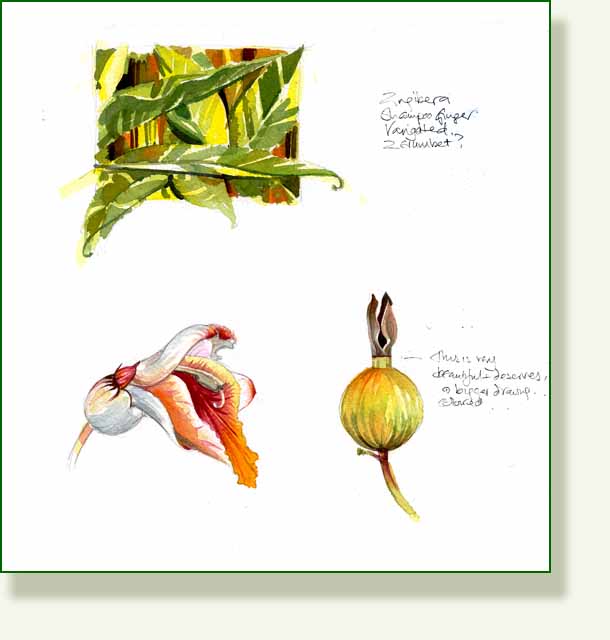