I knew there was going to be a lot of art here but never expected so much and I saw only a tiny proportion of what was on offer. The biggest surprise was a visit, only prompted by a tip from some very nice Canadians we met, to the State Capitol building. The beautiful circular building houses not only the New Mexico State Legislature and all its associated offices but a huge and accessible art collection, created by the Capitol Art Foundation whose mission is “to collect, preserve, exhibit, interpret and promote appreciation of works of art that reflect the rich and diverse history, cultures and art forms of the people of New Mexico.”

It was a strange feeling to be wandering around the three floors which are open to the public, peering at marvelous paintings, sculpture, prints, furniture and craftwork, sometimes displayed above the desks of receptionists or next to filing cabinets or coffee machines while the busy life of an office carries on around you. What a lovely space to work in and a great way to use public spaces. The nice thing about this collection is its great variety, the works are not just chosen to go with the decor!
A great find was two or three lovely prints tucked away in a corridor by Gustave Baumann. 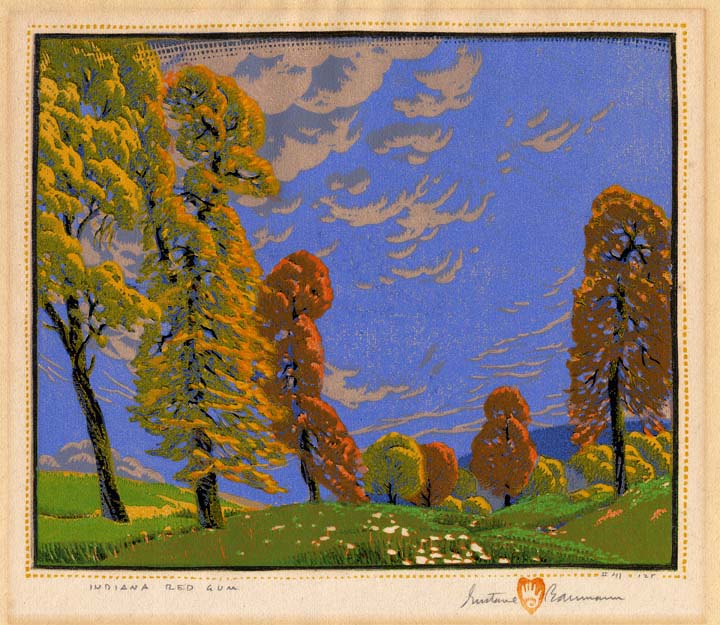 I was so pleased to find these as I know very little about his work. If we had been able to get to the New Mexico Museum of Art we would have been able to see more of his work. (museum website here)

Sadly The Georgia O’Keeffe museum was closed for a rehang but to compensate the crestfallen visitors (me amongst them) who turned up at the door, the museum had laid on “behind the scenes” tours of the research centre, normally out of bounds for tourists. It was a fascinating insight into her working methods, we saw her materials, her sketches and her collections of natural objects, feathers bones and rocks which she had included in work. The guide was delightful, knowledgeable and non intrusive. It gave me much to think about in terms of my own work and I am mulling it all over. I will write more about her as I go along. The breadth of her work, her organised and disciplined way of working were all extremely impressive. Here is one that I missed! 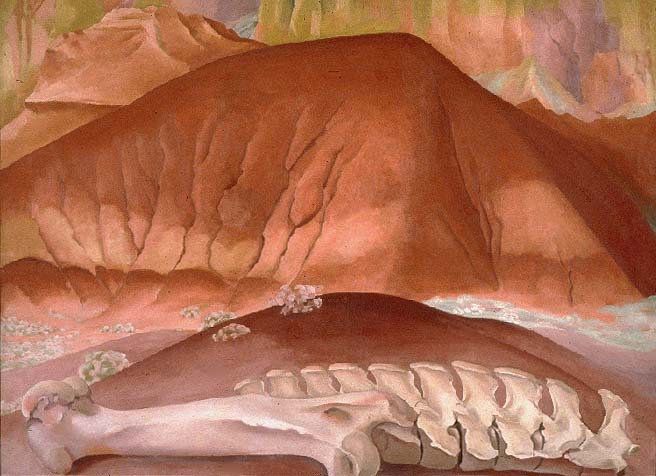 We didn’t get to Canyon Road either where the street is lined with galleries but I had done my homework and I have to admit that I find many of the modern “Western Art” works quite depressing, as most are bad copies either in style or content of the excellent artists who came before. Mawkish sad eyed Indian children, and endless mediocre landscapes which are done without any feeling for the land and the people and are no doubt churned out from photographs. Wherever in the world quality artists have worked and lived, the camp followers and copyists arrive post haste, to cash in on the reputation of true past masters and mop up tourist money. There is some very well executed art here and I do hope to go back to see more. But this is mostly market driven, commercial imitative art. There is nothing wrong with that but it shouldn’t be flagged up as the work of “modern masters”.
It would be ungallant of me to publish pieces that I think are badly done and after all, one man’s masterpiece is another’s complete horror but, painting “scenes” of the past is more in the realm of an illustrator, who “illuminates”. Many of these paintings are very poor in terms of illustration and just do not make the grade as good paintings….and not only do they copy the original artists who made this area so popular but they copy each other too!! ….amazing!
However I would love to go and stay for a while just to see if any of the old magic that Blumeschien saw is still there. I think it probably is… how I would interpret it to make it my own I do not know..yet.
I would also like to have a big bucket of money to spend on the beautiful antique turquoise jewellery, rugs, wallhangings and ceramics too!
These images are from a shop in Fort Collins, Colorado called “Meanwhile back at the Ranch” (see more here). Its a very good job I don’t live nearby. 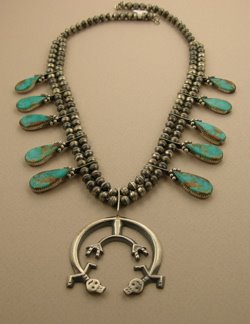 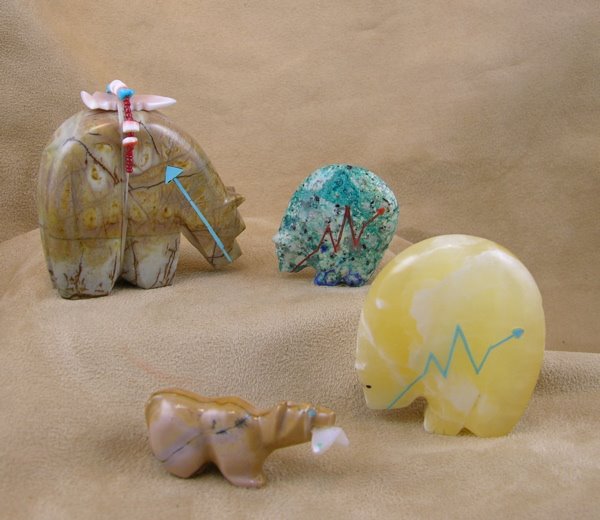 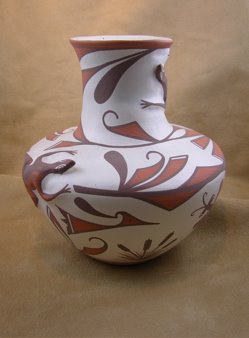 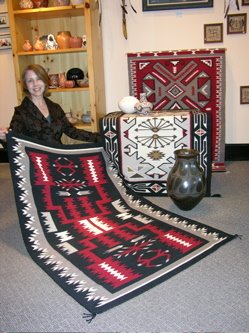 We were to see and learn much more about rugs and turquoise at Jacob Lake a few days later…another post to come.

It’s Tuesday already and I am late posting Monday’s drawing due to being distracted by holiday plans. I have been to Leu to look at the arid garden again this morning, to see if I could understand some more about the desert plants I may see when we get to New Mexico. I have also spent a few hours browsing the magazines in Borders to see what sort of art will be on offer in Santa Fe. There are some very good artists, (and some very bad!) and of course I will be going to see the Georgia O’Keefe museum. 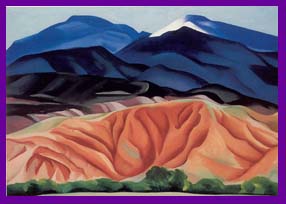 I am very familiar with her work but to see the paintings together with the landscape that inspired it will be fascinating. Thinking about her work and the desert etc I had decided to draw this little piece of the Desert Rose bush. Somewhere in my mind I was sure she had painted a Desert Rose… but I can’t find one. The flowers are very pretty but what I particularly like are the branches which are gnarled and twisted making the whole plant a lovely shape, and they are covered with beautiful pale greeny blue lichens. It is such an attractive little plant and another one for my hopeful propagation trials. 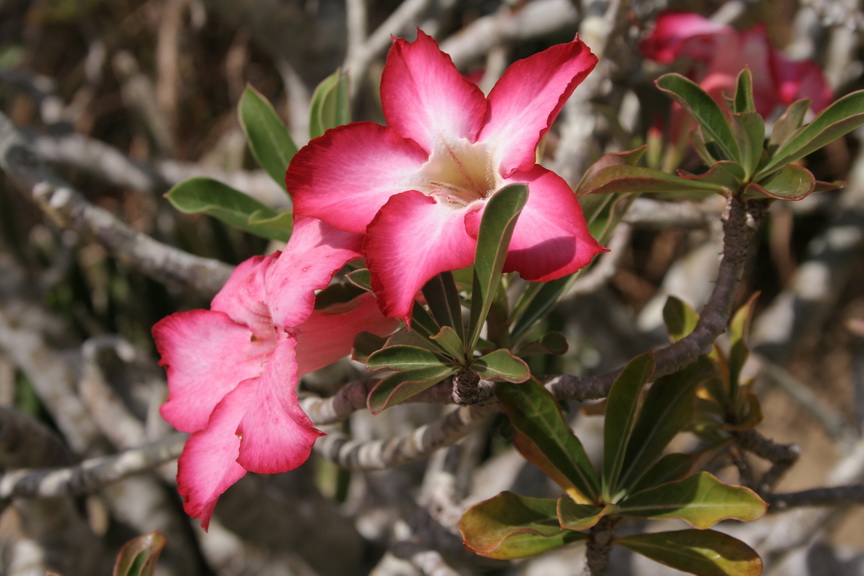 Also last week I had found a small skull in amongst the leaf mould in the forest. At first I thought it was a bird’s but I now think it belonged to a squirrel, there is one little tiny tooth left. It’s a delicate and fragile thing . The two seem to want to be painted together..so, “tiny skull and desert rose”, by way of a small tribute to Georgia O’Keefe..they couldn’t be more different in scale or execution though could they.

I was interested to learn, some time ago, that she had used artificial flowers in her work. particularly in the skull paintings which she did when she was in New Mexico.
Sometimes in moments of despair when I have been struggling with dying wilting things I must admit to having thought about going across to Michaels and getting the artificial version. There are thousands of them and they are pretty good! The tutors on the course would never know ! I haven’t succumbed yet but if I do, I can deflect any criticism with ” If it was good enough for Georgia O’Keefe it would be good enough for me.”

This is from an interesting website here about her life, this page shows more of the skull paintings which shows some of the desert paintings.

‘She explained that her idea to use flowers came about while she was sorting through some artificial flowers,
“when someone came to the kitchen door. As I went to answer the door, I stuck a pink rose in the eye socket of a horse’s skull. And when I came back the rose looked pretty fine, so I thought I would just go with that.”
Although the use of flowers is indicative of the Southwestern influence since artificial flowers are often used to decorate Hispanic graves, most eastern viewers of these paintings found them more surreal than anything else.’ 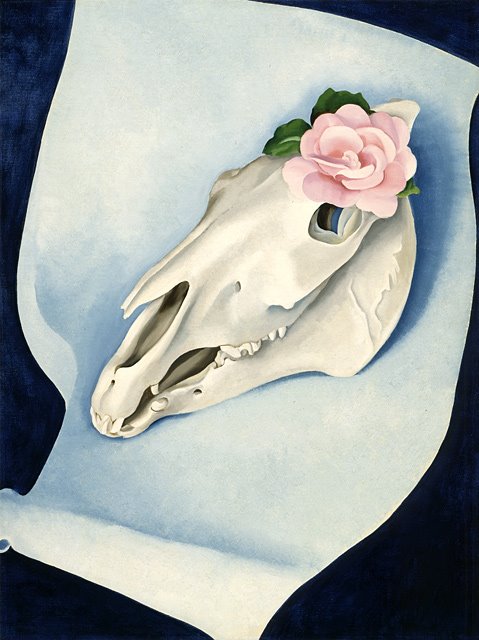 The Desert Rose is Adenium obesum, is a native of East Africa. It is a succulent, and forms more of a bush than a tree. If you want to make a bottle shaped base you have to expose the roots and turn the plant. 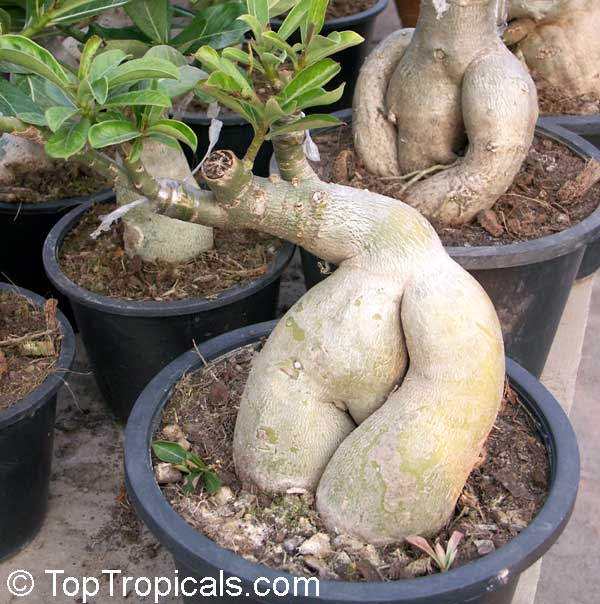 Again Top Tropicals have some great photos of what is sculpturally possible. 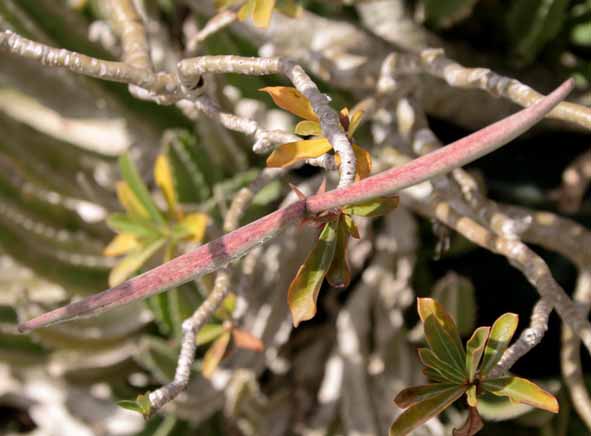 The pods are great. I had one and again,within 1 day it had split and the seeds had floated around the studio..so never managed to get a drawing.. too much to do, too little time! 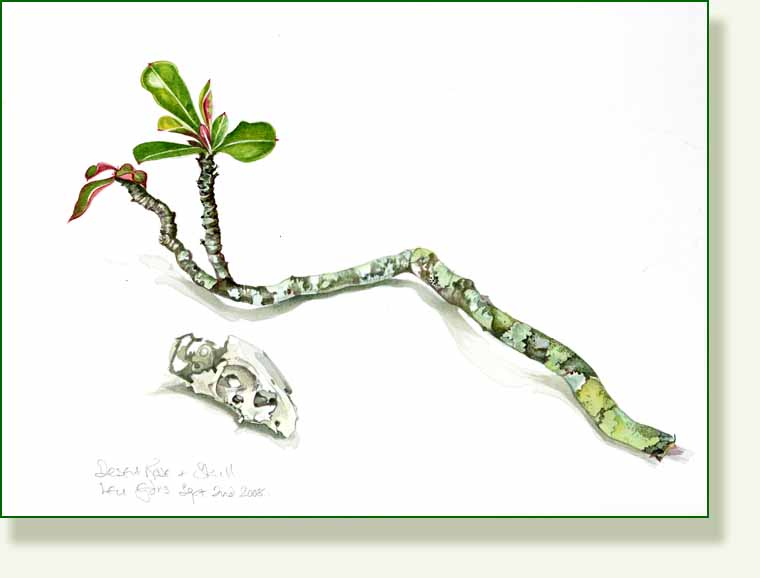