Today there has been a chink in the clouds and a glimpse of sun, but not for long. One of the problems with all this rain is that everything in the apartment feels damp, the sugar, the biscuits, the bed linen and in particular my drawing papers. If you have ever tried to write with a pencil on damp paper you will know how frustrating it is and to try to do a detailed drawing is very difficult. The pencil either digs in hard, making a nasty indented line or slides over the now spongy surface. It loses the resistance you need to give a nice crisp line and you have to go up a couple of grades to a softer pencil which makes detail on a small scale almost impossible.
Post Fay, we are also having local warnings about the dangers of household mould from the receding flood waters. Moulds are very interesting and can be good or bad and I was reminded of the dangerous and intriguing fungus, Ergot.

Ergot is a fungus that grows on grain crops and is decidedly dangerous. The effects of eating the fungus in bread or flour made from infected grains can be fatal. 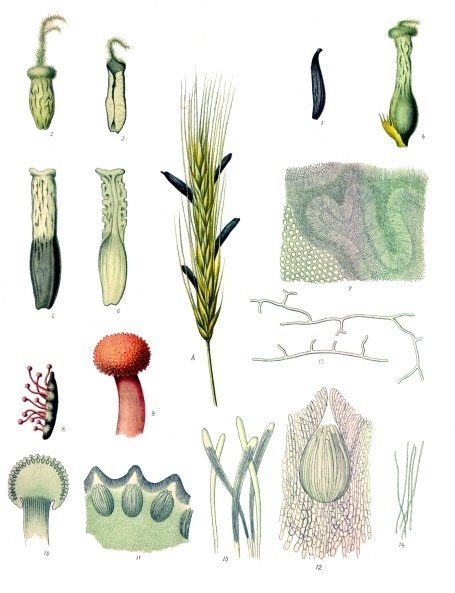 When rye, which it particularly attacks, started to be grown more widely in Medieval Europe, epidemics of ” ergotism” broke out with horrible results. Arms and legs would feel to be on fire, convulsions and terrifying visions ensued, sores developed and in the worst cases where the nerves were destroyed, gangrene would set in and the disease became known first as the Holy Fire.. a punishment for God for some ill deed or other, but later as St Anthony’s Fire.

There is a very interesting article here about “Ergot in Rye” and its dire consequences, especially regarding the persecuting of witches, (as in the Salem witches ) as it is thought that their convulsive witch-like behaviour may have been brought on by ergot poisoning.

Matthias Grünewald’s great 16th-century Isenheim Altarpiece was commissioned by Antonite monks for the hospital chapel of their monastery in Isenheim. Here the monks cared for patients suffering from this terrible disease, the altarpiece both acknowledges and comforts the suffering. It is a magnificent work . 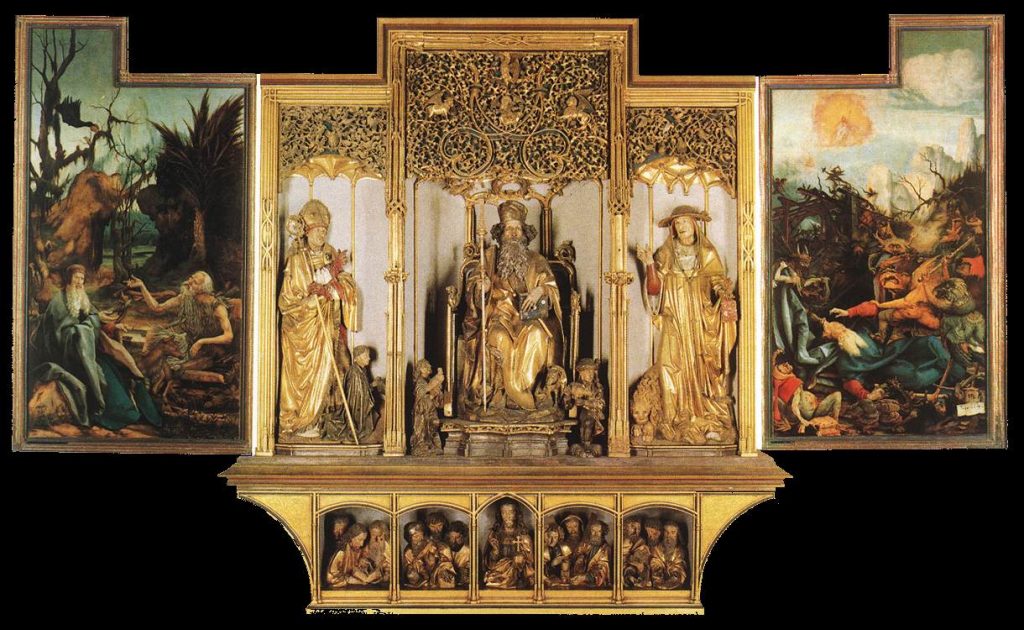 In 1670 a French physician, Dr. Thuillier, through observation, some clever deductions and looking at the records of outbreaks, put forward a theory that the little cockspurs in rye could be to blame, but with no conclusive evidence could not persuade farmers it was their rye crops which were the cause of all the deaths. It was not until 1853 that Louis Tulasne, an early mycologist and illustrator, examining the life cycle of ergot concluded that it was the fungus growing on the inconspicuous flower of the Rye which was the possible culprit rather than the rye itself.

It’s a fascinating story with connections to ancient Greek rituals and hallucinogenic ceremonies from 400 BC..and of course is infamous as one of the original ingredients of LSD.

Moulds, and fungi can, of course, be very beautiful as this bread mould 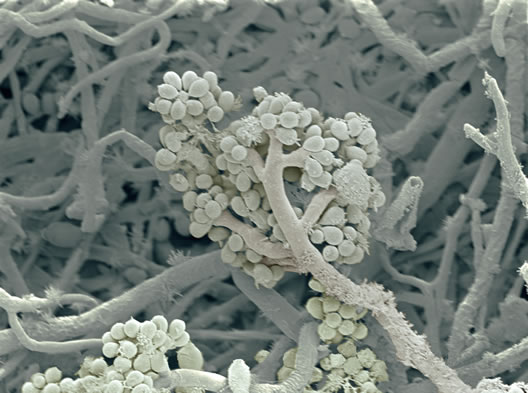 This beautiful image from the Wellcome Trust here
“Bread mould
The fruiting body of bread mould. As the mould grows, it propagates itself by forming spores that are released into the environment and grow into new mould colonies.Colour-enhanced scanning electron micrograph by Liz Hirst.”

Of course some moulds and fungi are harmful some are not, after all, if we didn’t have some edible moulds, we would be without the gorgeous blue cheeses.

Today having given up with the damp drawing paper I did get round to doing a study of the dragon fruit.. great magenta’s and pinks. It is quite a little monster isn’t it! 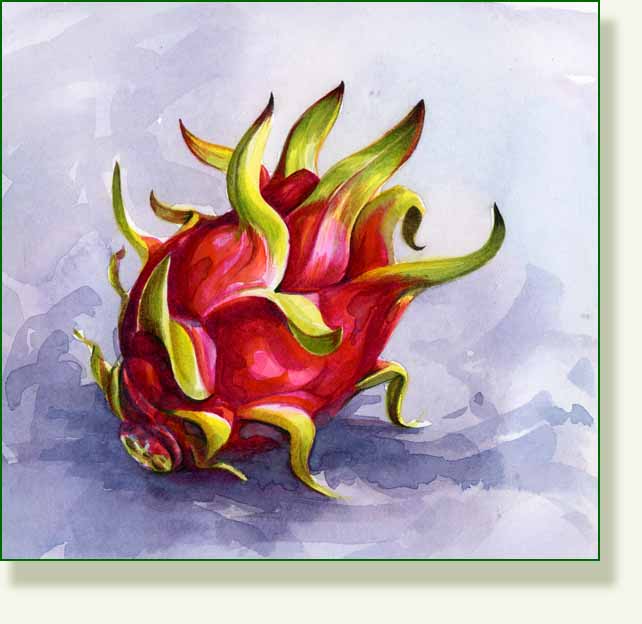