The Horse Chestnuts in the village have galloped ahead of me and are in full bloom, their fabulous scented candelabra flowers weighing down the trailing branches. I might get round to drawing a full flower head one day, but they are fiendishly complicated so probably not.

One flower spike seems to have an average of about 25 individual flower stalks radiating out from the main stem. Each flower stalk may have from 2 to 9 or 10 individual  flowers. That would give roughly 150 flowers but they are not all in bloom at the same time.

Flower stalks at the base of the flower spike develop first and flowers at the base of those flower stalks are the first to open. They have a yellowy centre initially which then turns crimson. The 5 petals are wavy edged and so very delicate, with long stamens curving down and up from the centre of the flower.
The flower spikes are also very fragile. I have one disintegrating on the desk, the delicate petals fall as soon as you touch them. It is one of those projects where you might draw three individual flower stems a year…then wait for the next season to come around and so on.

It might take many years to complete…….yawn. I do know of some patient and very skilled painters who would happily do that. Not me.

So far I have more or less just looked in hesitant wonder at these complex things. But I have made a page of sketches and a couple of loose watercolours.

A4 sketches … the spike is drawn life size.

The sketches help to work out the construction of its complex shape. One tree in particular is very much more advanced than the others and on the the lowest flower stem a little conker is forming. April seems so early. I brought just that one stem back to draw. This loose treatment seemed a good way of trying to portray the fragility of the flowers.

And one flower head.

Each flower has 5 frilled petals The pollen on the stamens is ginger Tomorrow I am Easton Walled Gardens with my painting group and I know their Horse Chestnuts will be magnificent!
More conkery things to come.

Over at Beautiful Beasts I am continuing documenting progress of The Black Bee and the Pied Shieldbugs.

It will be finished this week.

It’s the week to sign in the Lucy’s Tree Following project.

The Chestnut Trees are developing so very quickly now.
There is a light green haze of leaves around them and some of the more advanced trees have a flower here and there.

The flower spikes are lengthening and the individual florets becoming more spaced out.

Florets coming into bloom from the base up.

I made one drawing of a more developed twig with a flower spike still in bud.

My flagging model after a couple of hours

The pencil drawing A3 And a couple of conkers I rescued from the verge mowing.

A loose sketch of the two sprouting conkers.

They only have long tap roots so far. They seem to grow upside down. To my great surprise the sad looking old black conkers that I optimistically planted in a pot outside are sprouting.

A new leaf is about the emerge. Spring!

Question: What are these mad people doing? 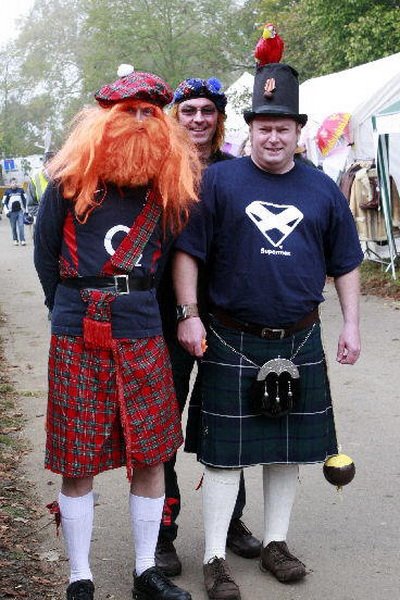 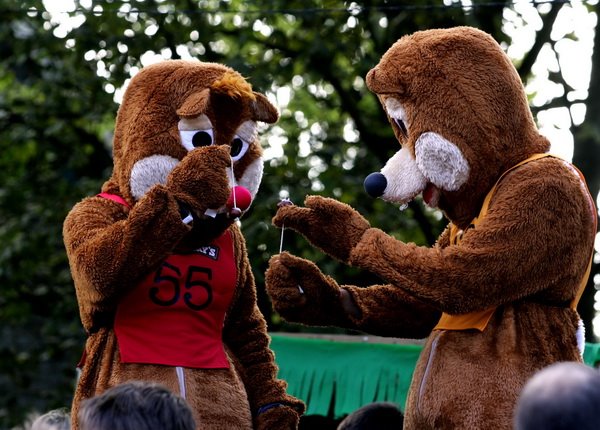 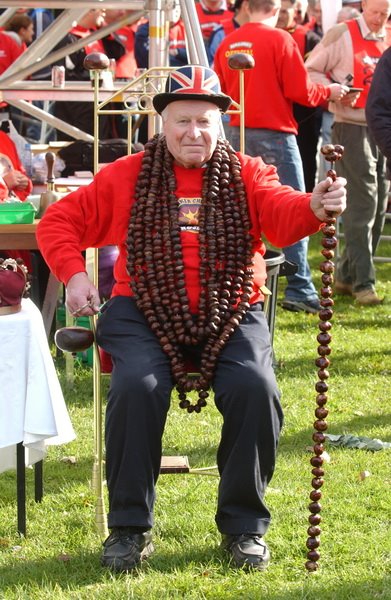 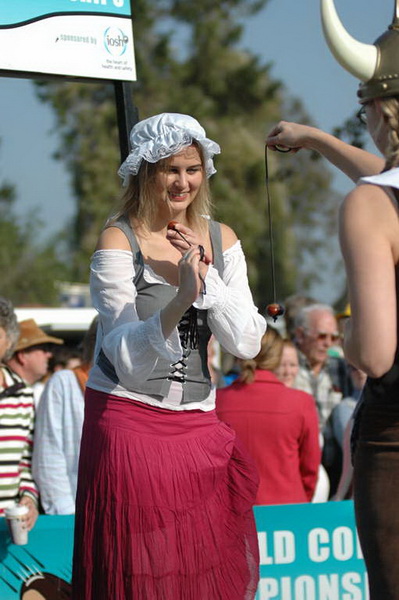 Answer: Taking part in the World Conker Championships of course!

I really had not expected to encounter a chestnut tree at Leu Gardens and I would not have seen it, if a big glossy brown “conker” had not landed at my feet a couple of days ago.
But of course this is not really a chestnut but one of the Buckeyes. The confusion arises because it looks like our “horse chestnut”, but that isn’t a real chestnut either. Both are from the Aesculus family whereas the true chestnuts are Castanea.
I am not sure if this is a Yellow or Red Buckeye but the leathery husk of the nut is smooth, not like our spiny horse chestnut. I had not considered the name before but of course, it is obvious that the beautiful brown seed is like the liquid brown eye of a deer.

” Country folk have named this tree for its big shiny brown seed which with the large pale scar upon it has looked to them like the eye of a deer. They are seeds pleasing to look at and satisfying to hold but there is a poison on them…yet with this bitter principle removed the very starchy seeds are both edible and nourishing The Indians roasted the nuts among hot stones thus loosening the shells, peeled and mashed them and then leached the meal with water for several days -. Thus there was left to them a highly nutritious meal. The presence of the poison however serves to make the seed useful in another way; bookbinders prefer above others a paste made of its starch since it is not eaten by the insect enemies of books.

This little tree growing near the lake at Leu has just a few “conkers”. Are they called conkers here in the USA? Do they play conkers here? I haven’t had chance to ask my American friends here yet.
Only last Sunday the World Conker Championship took place in Ashton near Oundle in the UK and for anyone who does not know, the object of this ancient ( well, 200 year old) game is to shatter your opponents conker with your own super-hero conker. There are rules, mostly about not hardening your conker in vinegar before the game, which is considered the height of cheating. 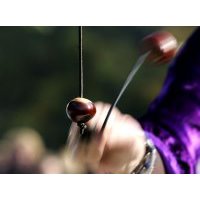 Here is some history from the World Conker Championship website. here

The game of conkers probably evolved from a game called ‘conquerors’, which was originally played with snail (conch) shells. A variant of the game was later played with hazelnuts, on strings. By the 20th century these earlier games had almost universally been replaced by the version we now know using horse chestnuts. There are, of course, many regional variations in the rules of the game and it has also been known by different names. In parts of the Midlands around Worcestershire it was known as ‘oblionker’ (pron. obly-onker) and play was accompanied by such rhymes as ‘Obli, obli, onker, my first conker (conquer)’. The word oblionker apparently being a meaningless invention to rhyme with the word conquer, which has by degrees become applied to the nut itself.

I have two buckeye conkers. Chris and I will be playing a needle match later. We will be starting the game with the throw of a dice. Whoever wins the toss will start the game loudly proclaiming
‘Obli, obli oh, my first go.’
This will confirm all the worst suspicions of our neighbours about “the Brit couple”.
Mine is of course soaking in vinegar as I type.
_____________________________________ 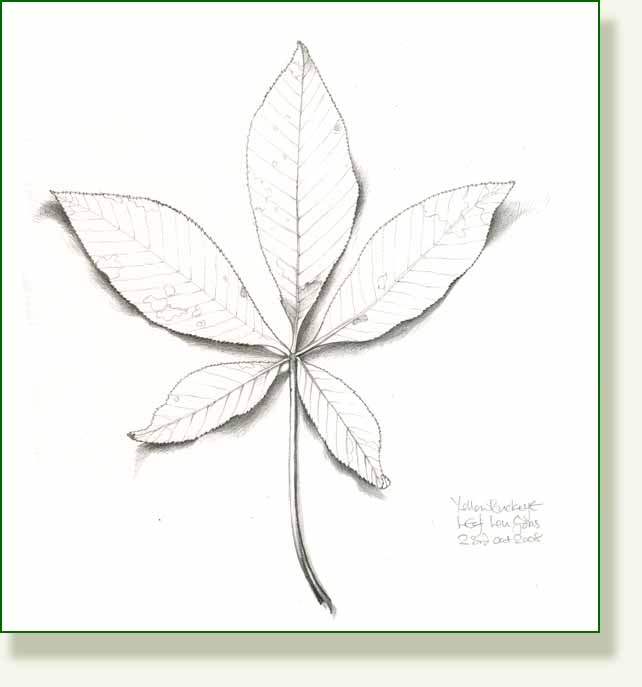 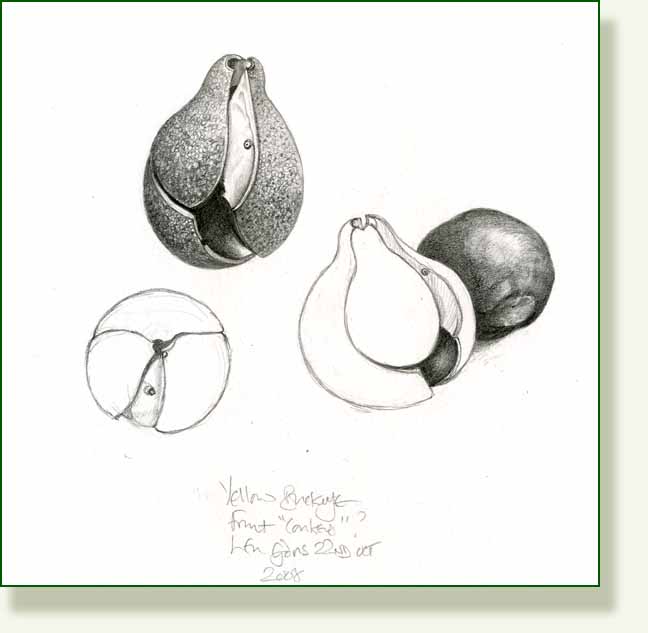