It was just great to get out in the sun today after being cooped up with the plantain. I went to Leu and just wandered around seeing what has changed in the last week. Also, last week Pedro had introduced me to another interesting edible, so today all I really had to do was go and find it again and mooch about. I met Brenda my inspirational plein air painter friend who was making a lovely small oil of a particularly nice path at Leu. I will ask her if I can put it on the blog when she has finished. There were many new things in flower and some more exciting pods and fruits.

My plant today is an edible hedge plant, and if you have to have a hedge what could be nicer than to have an edible one. It’s Chrysobalanus icaco, the coco plum. It is not immediately very prepossessing but the leaves are pretty, round and shiny, and grow in 2 rows along the branch, tilting slightly upwards and the fruits are interesting. There is a slight sweet taste but the surprise is in the beautiful white flesh of this dark plum coloured fruit.
The name has nothing to do with coconuts or cocoa, but is due to some early linguistic confusion. It is also known, unappealingly as “the porkfat apple”. 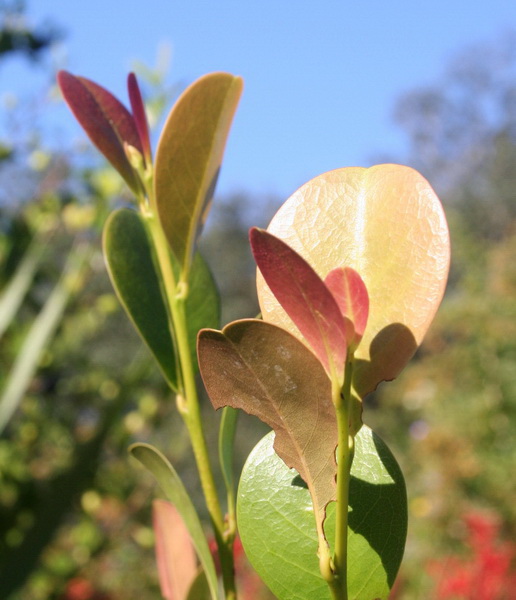 It is a well known Florida native plant and there are two varieties this one the red tip as above and a more low growing green tip one which has paler pinky fruit and it is more adaptable to coastal regions
The “plums” were another food staple for the Seminole Indians and early settlers, and flavour has been described like a bland banana or peach. I did read somewhere that if I am in a survival situation coco plums will get me by, which is jolly useful to know here in Orlando.
Inside the fruit is a large nut, and inside that is a kernel that is considered a delicacy. Its little sweet smelling flowers are full of honey bee nectar which produced a rich dark honey so, as hedges go, this is sounding very acceptable. 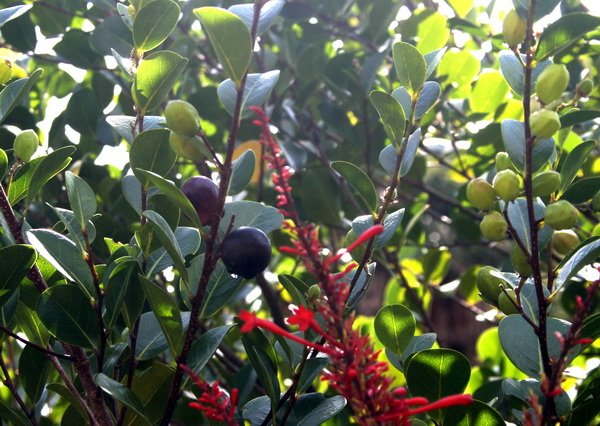 You can see the ripe black fruits and green fruits here.. ignore the attention-seeking red flower that is something else.

Coco plums may be eaten ripe straight from the tree or you can make all sorts of jams candies and preserves from them and it seems they are more delicious cooked or dried.
I had also recently come across the curiously named “fruit leathers.” not, disappointingly, some ultra eco version of Harley Davidson bike gear, but fruit, pureed and mixed with syrups and seasonings, which is spread thinly on a baking sheet, left to dry and rolled up. They look and sound gorgeous and I will definitely try to make some with these beautiful little plums if I can gather enough. I think the colour would be wonderful.
But there are two more really interesting facts about this plant. According to the fascinating book “Florida Ethnobotony” by Daniel F. Austin and P. Narodny Honychurch, the kernels are so rich in oils “they may be strung on sticks and burned like candles, They were the original torches in the regions where they grew.”
Also the coco plum was an ingredient in a very useful Seminole medicine to “remake” a person. “In situations where a person gossips too much or whose presence makes other people no longer want that person around a “cleansing” is needed.”
It’s a complicated ritual involving burning specific woods and crawfish chimney mud, but “if the job is done correctly everyone will like the person better”
I can imagine that this would be a very useful bit of knowledge for some of those involved in the murky world of high finance at the moment, and…. unthinkable, I know…. I may even have to use it on myself one day, so it will be added to my book of spells directly. 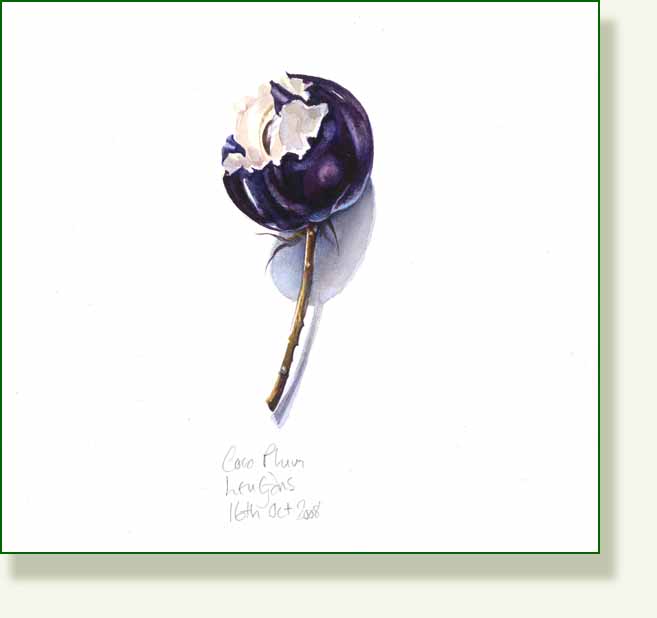 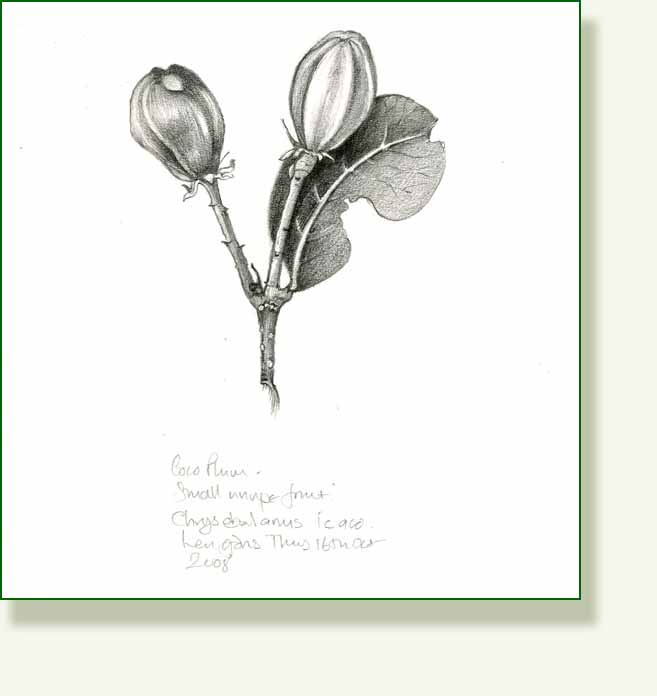