After all the fanciful myth and superstition of the last couple of days it is time for some facts. I have now been looking at leaves for almost 6 months, admittedly in a rather haphazard way, just picking up bits of information and understanding here and there. Having been a side line observer before, I am now constantly amazed by the diversity, beauty and structure of my backroom boys, so what is a leaf and what does it do? I have been trying to get things clear in my head so may as well post it all too.

What is a leaf.
In botany a leaf is an above-ground plant organ specialized for photosynthesis. For this purpose, a leaf is typically flat (laminar) and thin, to expose the cells containing chloroplast to light over a broad area, and to allow light to penetrate fully into the tissues. Leaves are also the sites in most plants where transpiration and guttation ( moisture loss) take place. Leaves can store food and water and are modified in some plants for other purposes. The comparable structures of ferns are normally referred to as fronds.
A typical leaf has a broad, expanded blade (lamina), attached to the stem by a stalk like petiole. Veins transport materials to and from the leaf tissues, radiating from the petiole through the blade. They are arranged in a netlike pattern in dicot leaves and are parallel in monocot leaves.In conifers, evergreen needles, which are a type of leaf, persist for two or three years.

Bract
There seem to be many different types of bract to me and often they look like part of the flower.
A bract is a modified or specialized leaf. They are often reduced in size relative to foliage leaves, or of a different color or texture, or both. Some bracts are brightly colored and serve the function of attracting pollinators and an excellent example of this occurs in the poinsettia plant (Euphorbia pulcherrima), dogwoods and bougainvillea. 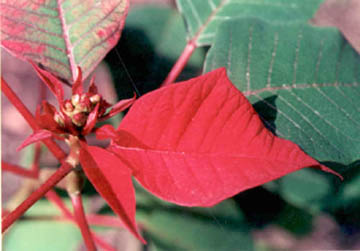 Spathe
A spathe is a large bract that forms a sheath to enclose the flower cluster of certain plants such as palms and arums. In many arums, the spathe is petal-like, attracting pollinators to the flowers which arranged on a type of spike called a spadix. 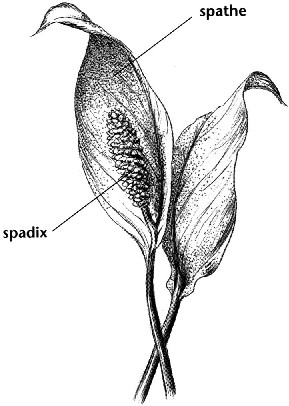 Scales can refer to a number of things. Typically, they refer to the small opaque but generally not green structures that cover the terminal buds during the winter…and piano practice.

Scale-like leaves are very small and green. They may be overlapping and clothe the twig of plants like junipers, and cedars. 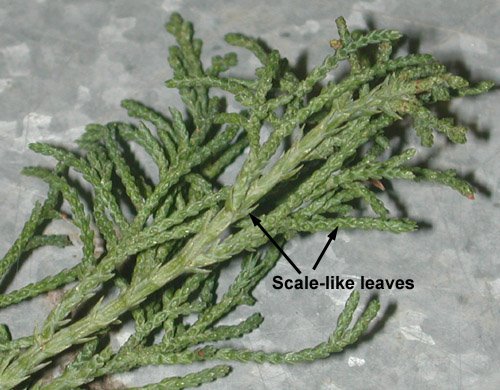 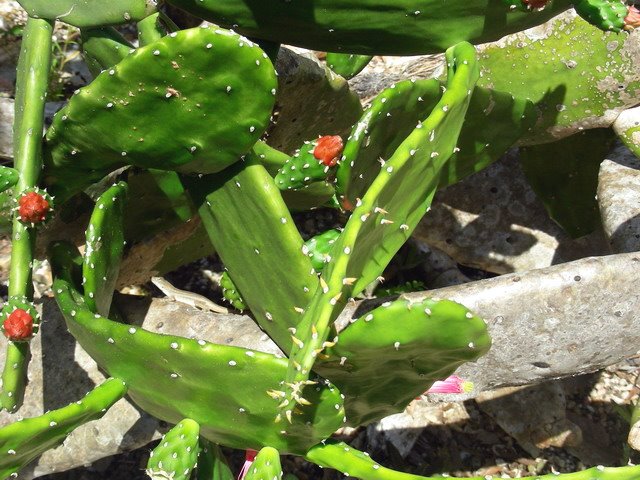 Cladode
I drew a cladode before when I was looking at butchers broom. Cladodes too are flattened stems. In the Ruscus hypoglossum the real leaves are around the little flower that appears to be growing out of a leaf! 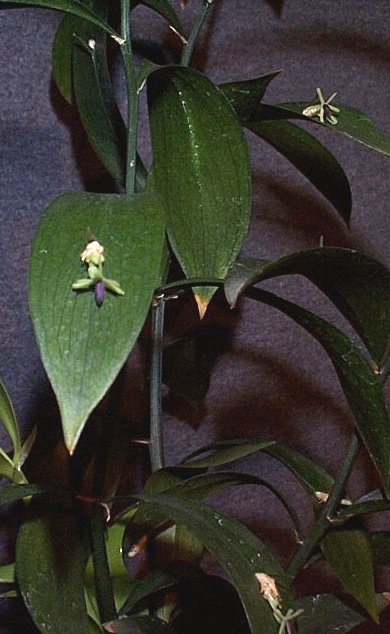 Tendril
Slender, twining modified leaf or stem used for clinging to objects for support. (Grape, Cucumber, Passionflower, Grape Ivy)
The tendrils of a piece of climbing Bauhinia I drew endearingly twined themselves around the handle of the cup I had put it in. This action is called circumnutation and was coined by Darwin in his work “On the Movements and Habits of Climbing Plants” 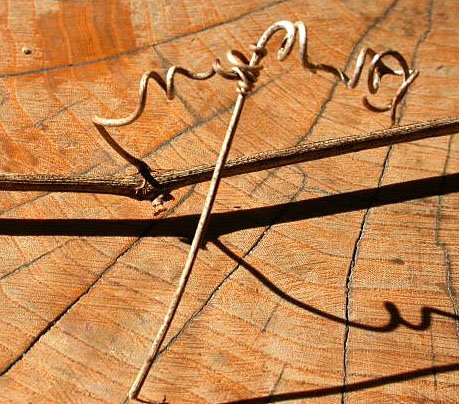 There are more, Catapylls, seem to be “The early leaf –forms of a plant or shoot, as cotyledons, bud-scales, rhizom-scales, etc. I am not clear what a Phylloclade is yet.

I wish there was one really good book I could buy which would explain with diagrams and examples. I guess there is, but time to look is limited and it’s the sort of book you need to see before buying. Instead I am building up a small library of images of the different plant structures so that I can really get the hang of it… you will be relieved to know I won’t be posting them all…

For my leaf today, as I am having a bit of basic revision, I am revisiting my first leaf ..the Southern Live Oak, the first drawing I tentatively made in January. This tree is so important to Orlando and adds grace and leafy beauty to the lakeside streets. There is a huge oak tree close to the Art Museum, its branches elegantly resting on the ground decorated with dancing little Resurrection ferns. 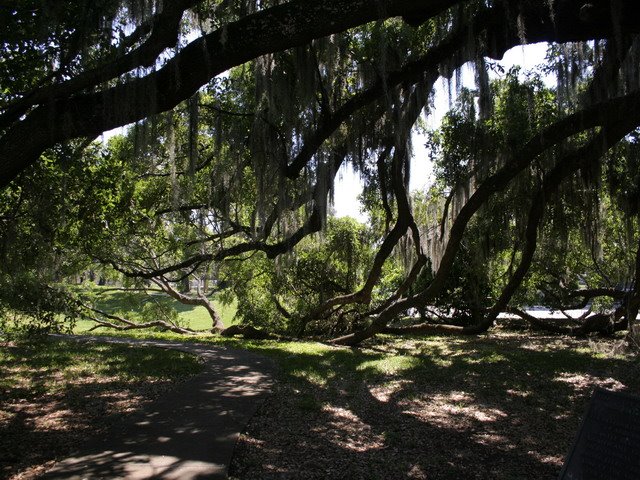 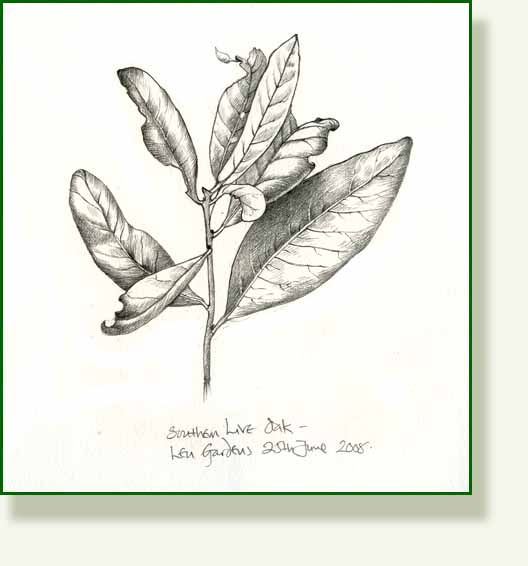