This little mushroom was not part of my plan today but since the big rains of Hannah and subsequent late summer rains, and perhaps the time of year too, I have noticed even more lovely fungus growing out of old tree stumps and logs. I went to Kraft Gardens today but only briefly. It was gusty and threatening rain so I made for the library which is fatal. I am so easily seduced. All that knowledge just sitting quietly on the shelves waiting to be found, books just begging to be opened. There were few people, soft chairs and big low tables to spread your books on. In the hushed atmosphere of academic study, hours drift blissfully by. Fatal.

But I did eventually get back and had brought with me a little white fungus/mushroom which came draped with its own strand of Spanish moss and a slightly larger one of the same kind. They were growing on a piece of timber edging at Kraft. There were some even larger with the same beautiful glossy shiny tops.
This must be a fast growing fungus as the little one had, in parts, assimilated the moss into the very core of its being. 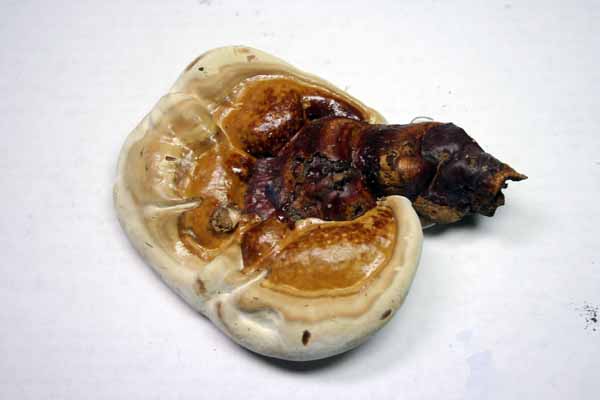 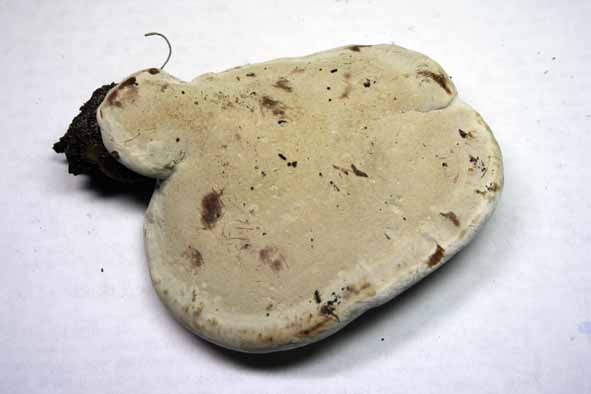 …bottom view pale, and made up of tiny pinprick pores.

I am not sure exactly what they are but there were plenty of them so, I guess, not rare. I know nothing about fungi and tend to treat them all as if they are a potentially deadly poison so I rarely pick them. Maybe I am missing some delicious breakfast fry ups but this is one wild food that, without expert advice, I draw the line at, and even then I would need a royal taster to try the dish first.

From some rudimentary research on the net I think they might be the charmingly named, “Conks”. Of course it makes us Brits laugh because a “conk” is slang for a nose in the UK. However here, Conks are bracket fungi and I read that there are large ones, Ganoderma applanatum, commonly called Artist’s Conks…(giggle) whose white undersurface is used by craftspeople to draw and paint on. Apparently the bracket shape allows the item to be stood on a shelf. (There are examples on the Internet if you wish to find them.) If I had known I would certainly have looked for a larger one and tried my hand at this little known mycological craft! 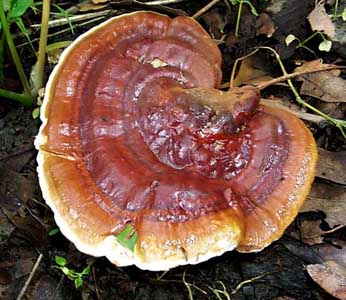 I was hoping mine might be something rare and mystical such as this one recently found by a lady having her lunch in Malvern in the UK more from the Malvern Gazette here
“A rare and elusive fungus, believed by some to possess mysterious medicinal properties, has been spotted in Malvern by a local woman enjoying a leisurely afternoon stroll. “Ganoderma resinaceum, or the Lacquered Bracket, had not been seen in Worcestershire since 1987 before it was found in Malvern Wells two years ago.
This particular species usually grows on mature oak trees and is presently being studied by university researchers to determine its medicinal properties. Many fungi, including the Ganodermas which are large bracket fungi, have been used in the Far East for medicinal purposes for centuries and today work continues to see if this rare fungus can be propagated for use in our modern day medicines.”
I had also hoped mine might be the wonder “reishi” medicinal mushroom, the “mushroom of immortality”, but I don’t think so, and I am certainly not going to try it. Anyway immortality does not really appeal to a person whose boredom threshold is on the minus scale.

The one I have drawn was only a couple of inches long and is obviously just starting out in life. I have read that they can reach 3ft across. Some canvas! 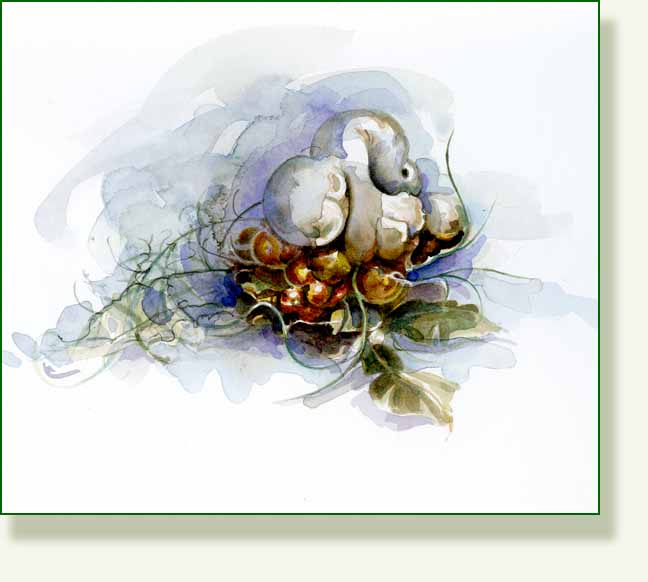