How very pretty and dainty is the lovely old fashioned “Parlour Maple”, the Flowering Maple, the Abutilon striatum. At Leu Gardens there is one little unnamed tree growing in the shade by the path to the lake. The little bell shaped flowers hang like folded butterfly wings, they catch the morning sun and glow a brilliant orange, their deep red veins like the leading of tiny glass lampshades…so it’s not surprising it is sometimes called a Japanese Lantern flower .
For over a year I have been meaning to do some drawings, always prompted by seeing them on one of the first paths I take, lit by an early morning sun, but then always getting sidetracked. However today I had a tiny sketch book and watercolours and jotted it down. It’s interesting how much better this is for me than a photograph .. more of that later. 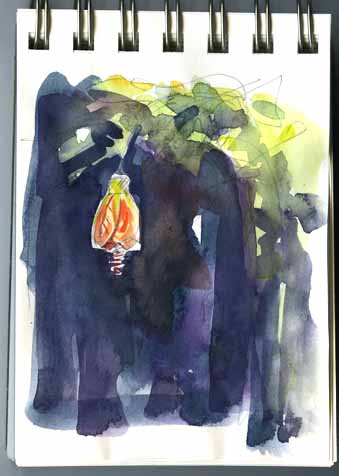 This delicate little tree which is native to Brazil is not related to the Maple at all but belongs to the Mallow family along with cotton, hibiscus and the rose of Sharon etc. The misnomer of Maple arises from the similarity of the leaf shape,
Abutilon striatum arrived in Europe and North America early in the 19th Century where it soon became a darling of the parlour, companion I am sure to the redoubtable aspidistra. I remember trying to grow one in England many years ago. I remember especially because it had mottled leaves, the result, it seems, of the Abutilon Mosaic Virus. This virus was introduced into London from the West Indies in 1898 by the garden suppliers Veitch and Sons. They had discovered a seedling with mottled yellowed leaves and quickly bred an ornamental variety which soon became a fashionable must-have plant for the dresser. 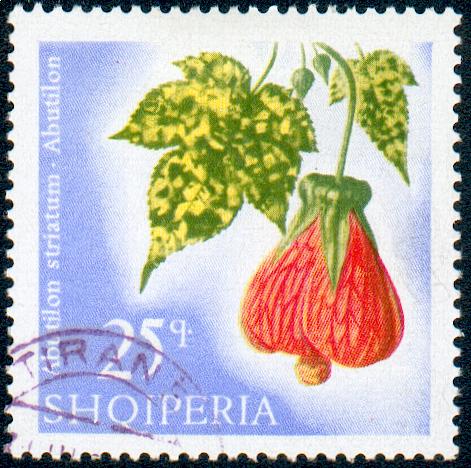 Flowers are popular subjects for stamps. This stamp is from Albania from the web site “Herbier Philatélique” by Pierre Guertin, a Philatelic Herbarium here.. very neat.

It seems such a shame that this pretty little tree has fallen out of favour. The flowers are a perfect shape, and quite exquisite with thick ribbed red veins on the orangy yellow petals and the little tassel of stamens. I should make a finer watercolour study one day. 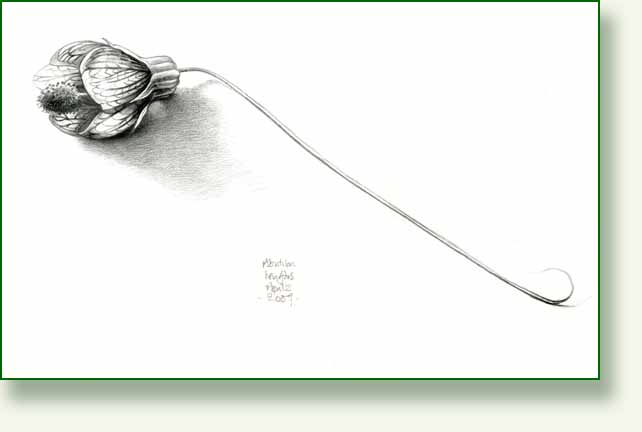 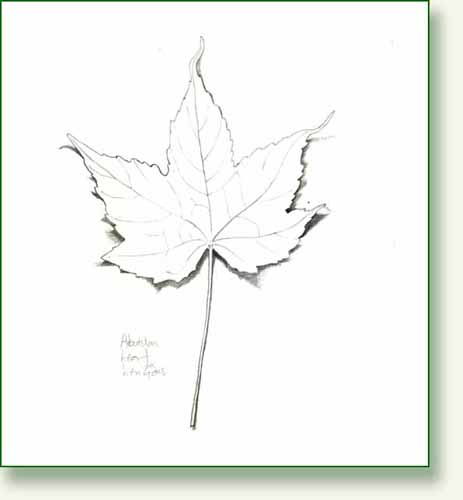 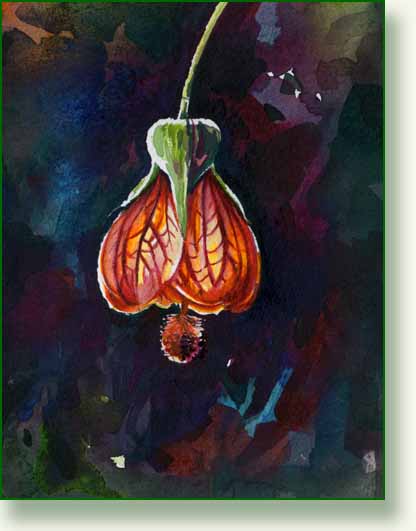