This month I decided to try a couple of different binding forms, but for my first attempt neither the printing or the binding worked. But rather than totally write everything off I made a simple concertina book from the images.

I had found some old lino cuts of grasshoppers which I had never used and thought I could make a quick book form with them.  I am very fond of grasshoppers. They always cheer me up but a “quick book” is something I have never really mastered  and everything that could go wrong, went wrong. Also I had decided to use a different paper which took an age to dry and then every set of prints had at least one mistake. None were really good enough for binding. So I threw away 5 days of work. Sad but really the only thing to do. 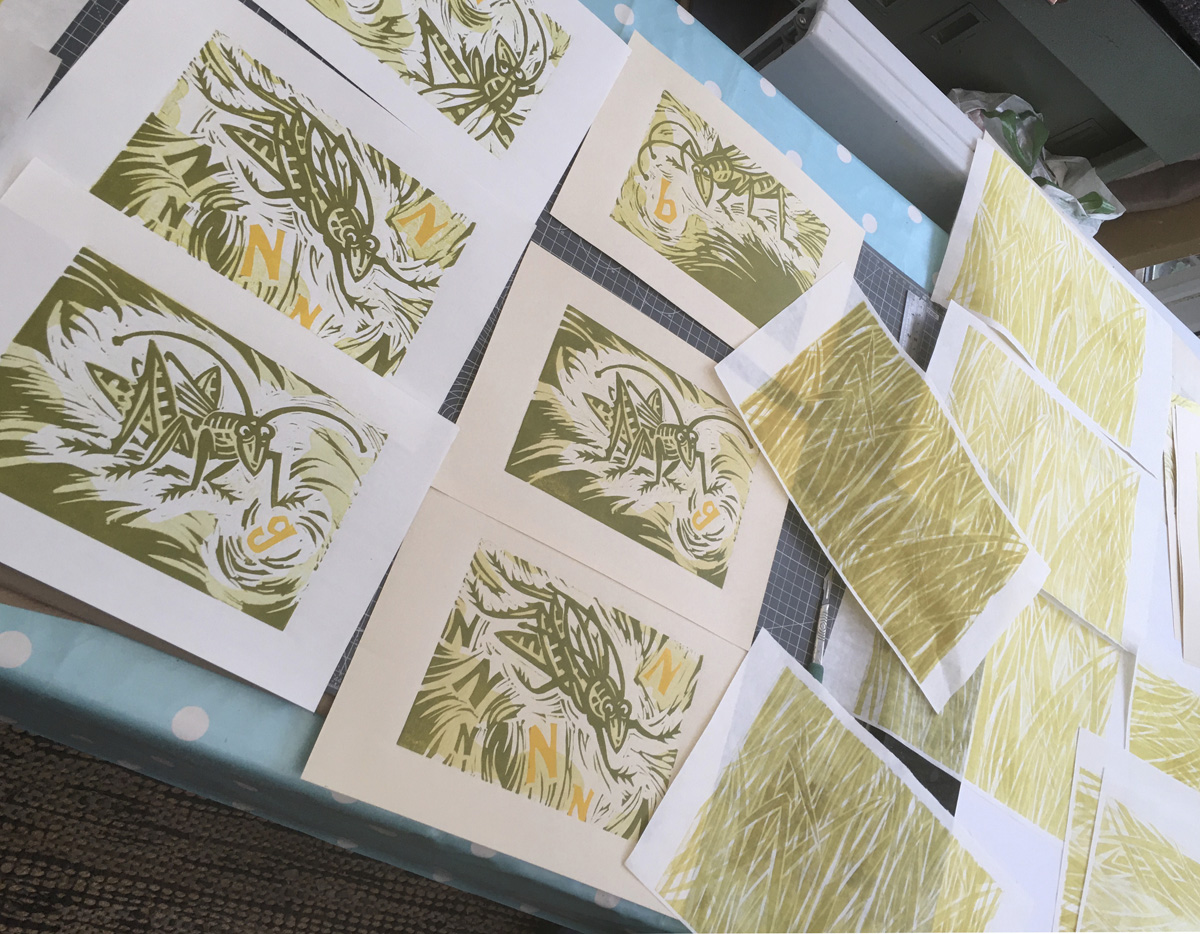 A few of the OK prints! Each grasshopper had three printings so the margin for error was high.

But I am nothing if not dogged so I scanned the OK ones, corrected the mistakes in Photoshop and printed them, then teamed them up with some digitally printed text, a little grasshopper poem by e.e.cummings. 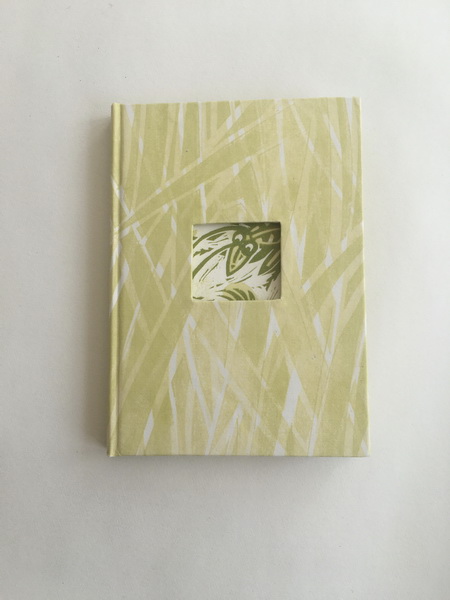 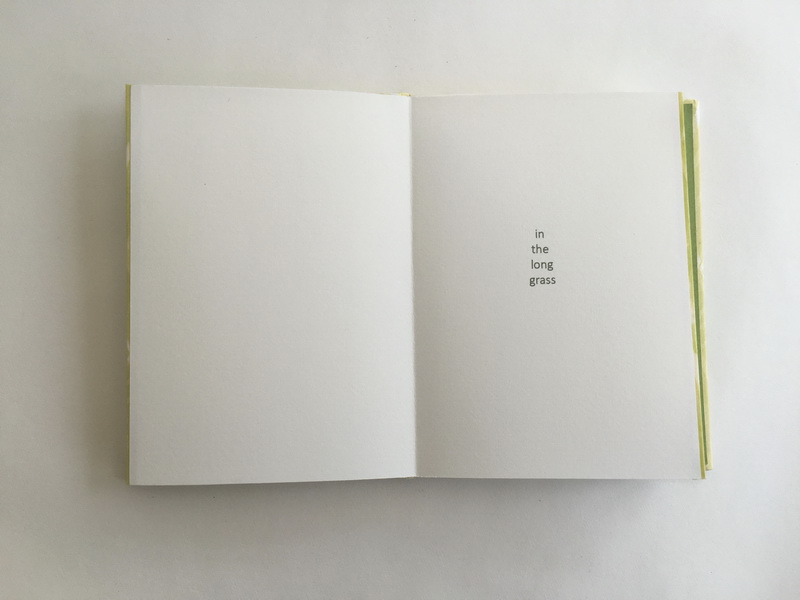 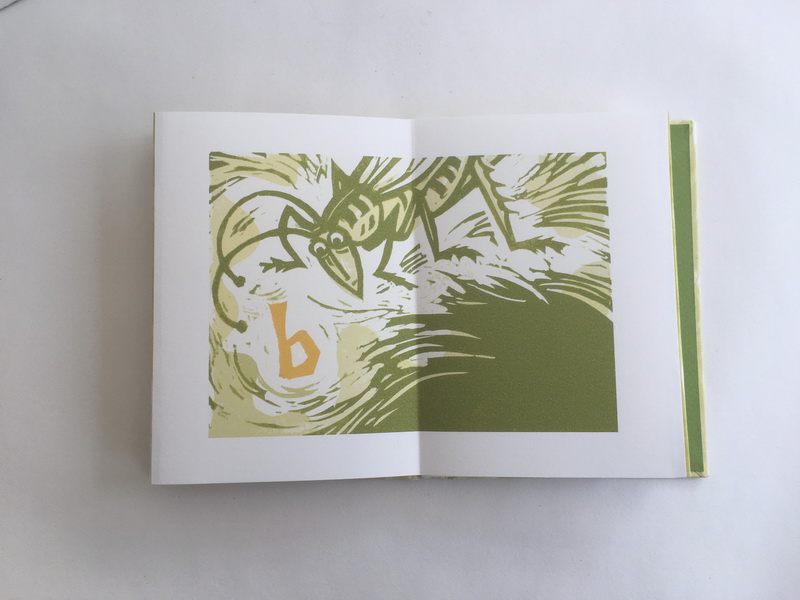 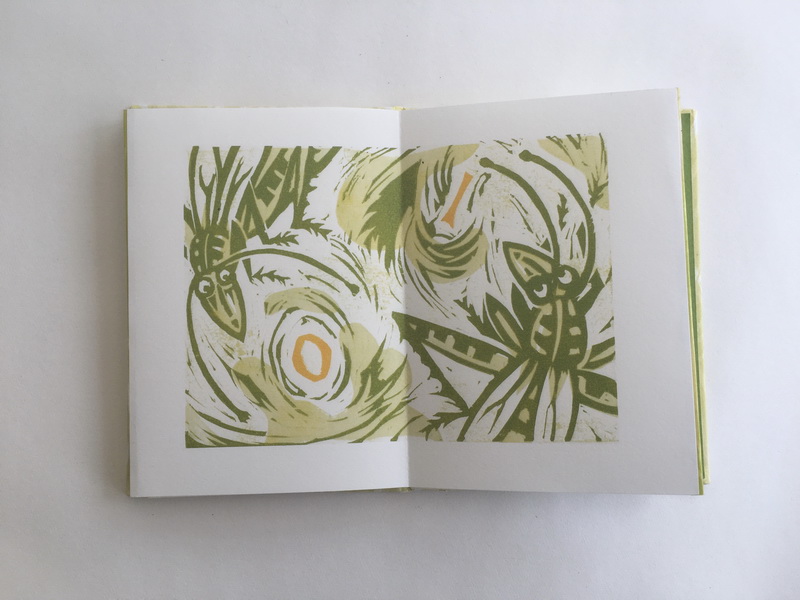 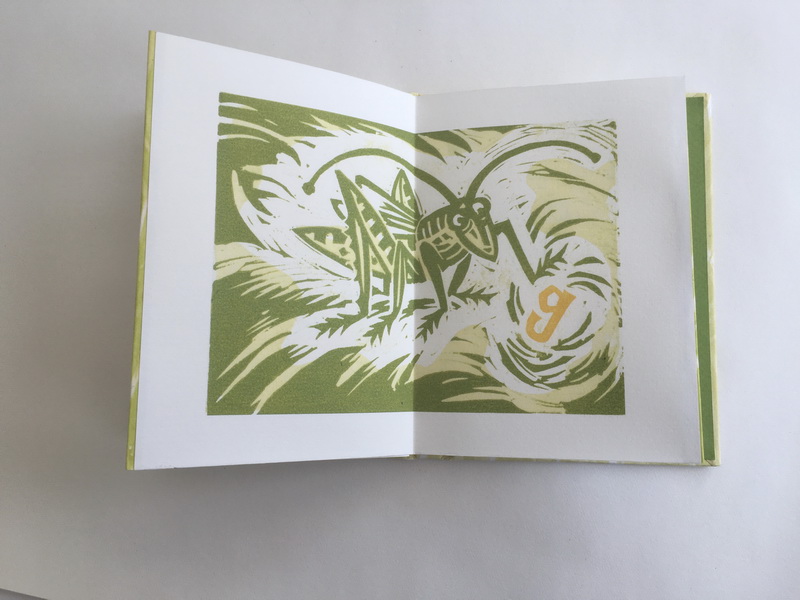 I have forgotten why I originally had the grasshoppers playing with letters (which spell “BOING”).. but the cummings poem also plays with letters and word order and jumps about … like its subject. So it was a good match. 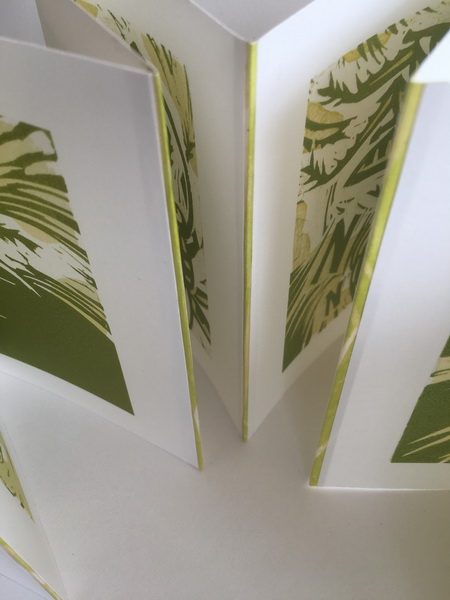 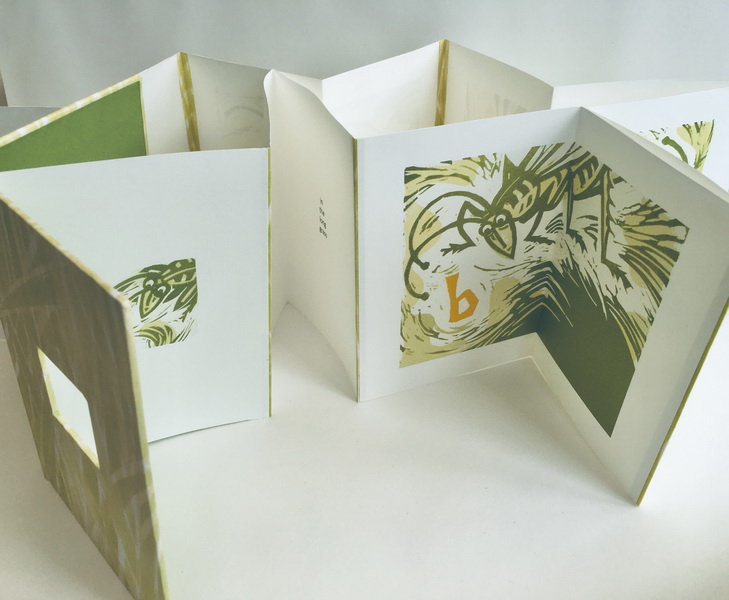 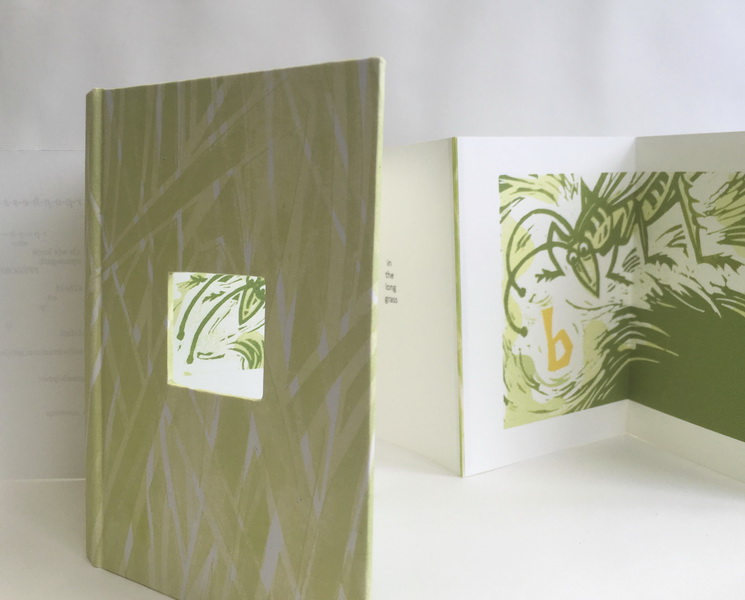 Anyway it was an interesting and useful exercise in that it is all digitally printed, cover, prints, text everything. It is the first time I have made a book this way. There were some problems with the inkjets not being waterproof but I just had to be more careful with the binding. I  joined the single sheets with some of the cover paper and managed to keep the backs clean. A concertina may look very simple to make but getting the folds regular and all in line is difficult.

As a bit more practice, I decided to make a cover which contained an aperture. It was horribly tricky to cover with the digitally printed paper. Possibly more patience and care would have helped but by now I was a bit fed up with the whole thing!

However as usual I have learnt more about papers and tricky bits of binding and it’s all good practice. But, for me, because I had to digitally print the images it is not as satisfying as the hand printed ones.

The next one will be a combination of two… I hope.

I also hope you are all well and keeping sane! I am well… sane? Possibly not !:)