Yesterday we had the pleasure of a brief visit with Joe who is a local beekeeper and who runs Dansk Farms here in Orlando.

For the last few weeks I have been doing some background research into honey bees and wanted a bee to draw. I returned with 9 honey bees and one beautiful irridescent orchid bee which Joe had found for me, all carefully packed for the short trip in their own neat little crate. It’s actually a queen bee transporter, roomy enough for a diminutive royal and normally well equipped with candy.

My little bees were not, I hasten to add, alive. 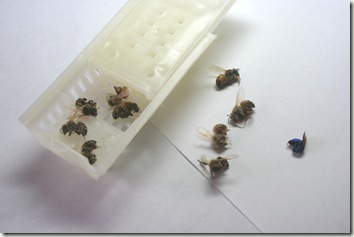 I had met Joe a couple of weeks ago at the Winter Park Farmer’s Market, where he sells not only the 100% pure honey, but bees wax, and lovely honey based bath and body products.
It was completely fascinating to see the workings of one of the hives which at 9.00 am was busy. Joe’s particular bees are gentle and goodnatured, a cross between Buckfasts and Carniolans and so a mixture of dark and lighter coloured bees.

Their joint characteristics make them good all round bees, docile, disease resistant, good producers and good housekeepers. (The story of Brother Adam and the Buckfast bee needs another dedicated post). There is so much to know and admire about bees and I am just at the beginning. 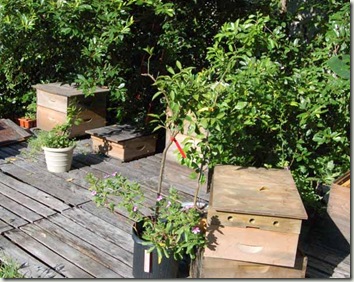 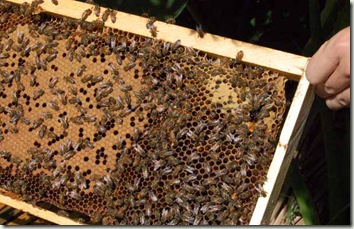 I had not realised that the honey bee was not a native species in the USA. The bees that Joe keeps, as with most of honey bees in the USA, are descended from the European Honey bee, Apis Mellifera.

Bees were probably introduced into Florida by the Spanish but the first documented arrival of bees from Europe is from a letter dated December 5, 1621 by the Council of the Virginia Company in London and addressed to the Governor and Council in Virginia. It was a motley cargo.

“Wee haue by this Shipp and the Discouerie sent you diurs [divers] sortes of seedes, and fruit trees, as also Pidgeons, Connies, Peacockes Maistiues [Mastiffs], and Beehives, as you shall by the invoice pceiue [perceive]; the preservation & encrease whereof we respond vnto you…” (Goodwin 1956; Kingsbury 1906:532).

The genus Apis is Latin for “bee”, and mellifera comes from Latin melli- “honey” and ferre “to bear” — hence the scientific name means “honey-bearing bee”. The name was coined in 1758 by Carolus Linnaeus who, realizing that the bees do not bear honey, but nectar, tried later to correct it to Apis mellifica (“honey-making bee”) in a subsequent publication. However, according to the rules of synonymy in zoological nomenclature, the older name has precedence. Wikipedia

I have never looked in such detail at a honey bee before. These little bees are a variety of colours and delightfully hairy, even the eyes are hairy. I am sad they are dead but the practicalities of trying to draw live bees in such detail would try the patience of even Joe’s docile bees.

I am hoping to make a good detailed painting but before I do I need to understand a bit more about their anatomy. For now, some studies. My models and sketchpad 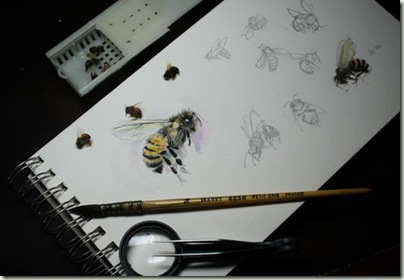 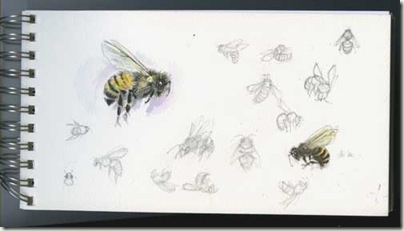 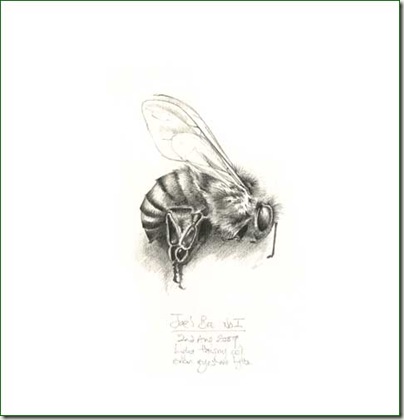