Lincolnshire is a county of infinite beauty and endless diversity. From coastline to fenland, to rolling hills and ancient settlements. I have lived in the north in the Wolds, in the middle at the foot of the great Cathedral of Lincoln and in the south on the border of the fens.

I have lived in the city and in the villages and I have appreciated them all.
The south was where I started photographing scarecrows and where the ideas for a book began to take shape.

Here is Fat Brown one of the earliest scarecrows I photographed. A typical chilly January morning, a low sun and a white rime of frost on the kale and the overalls of this expansive scarecrow,who seems to be tripping lightly across the field. I had seen this one from quite a distance, my attention caught by the sun shining on the old fertilizer bag. 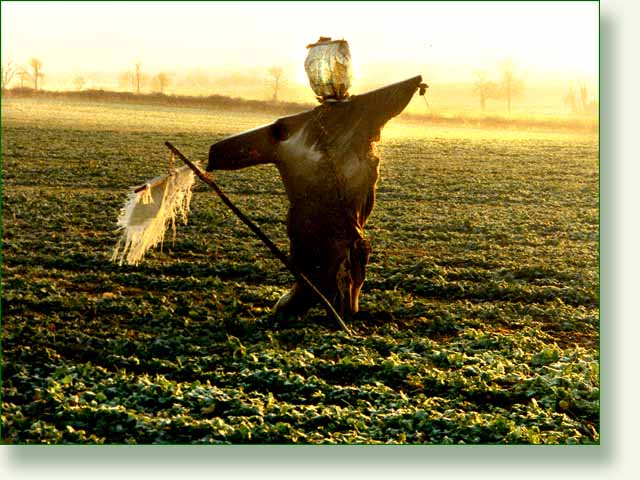 What, you might ask, do these optimistic, brave and lonely figures hope to achieve? Their presumed target, crows, don’t actually disturb the crops too much.
While pigeons do love cabbage, and rooks will pull up young corn, crows prefer a solitary meal of grubs.
Rooks though are really delightful birds. I have always been very fond of them ..not to eat you understand, although rook pie was a good Lincolnshire country food. They are funny and sinister and glossy and noisy.
They flap and wheel around the house, nest in the big trees and strut around the garden in that self important way they have. I have drawn them many times. 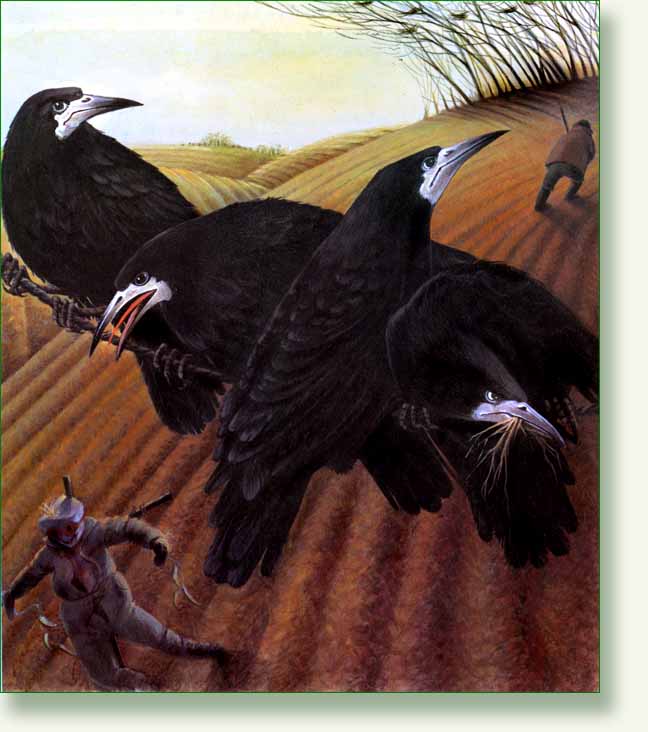 The scarecrow here was inspired by probably the most sinister one I photographed.. Down on the fen in a field I found this terrible creature, a true thing of nightmares, definitely not to be encountered at dusk. Due to the handless, legless state he was in, he became known as Amputee .. the goggles just make for an extra frisson of the macabre 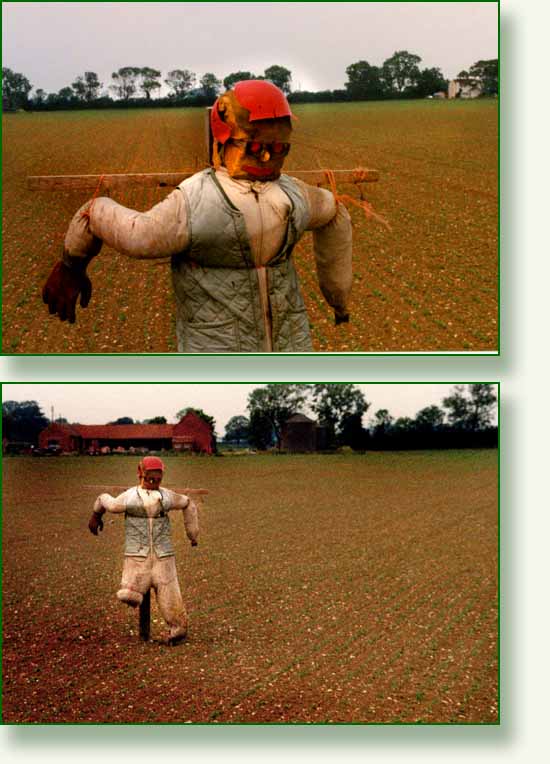 When the scarecrow is unsuccessful, a hapless rook is sometimes shot and hung from a stick in the field, a grim but ineffectual warning to others, but generally the farmers leave them alone and they can be seen mooching about in little groups in the fields, bickering and digging in the soil and generally being very entertaining. 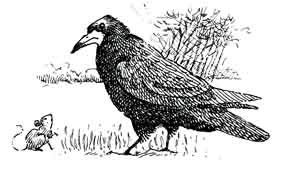