I have to stop work on the two big leaf paintings now. I would like to carry on and can never say when things are really finished. Sometimes you just stop, or run out of steam or ideas or time. I have definitely run out of time.

But one of my blog readers asked me the other day why/how these paintings came about and I realised that in the past posts I had not really said anything about the ideas behind them.
It is probably obvious that I very much admire leaves, the unsung heroes of the plant world, and wanted to make a couple of bigger images of leaves for the show and also to have a break from small watercolours and close work.

When I was sketching out the ideas, Mark Catesby’s work was fresh in my mind and in some ways these are a small tribute to him. His simple way of combining elements without too much regard for scale or perspective appealed to me. Also he painted what he found interesting, what he liked and what he had seen together on a particular day or in a particular location. That simple and honest way of working was my jumping off point.

The Aralia leaf image occurred more by accident than design as I had randomly put the leaf on the sheet of paper at that I had sketched on and I had been looking at lizards that day, so the the two seemed to work together. I like paintings that include other paintings or drawings. It’s an interesting angle on reality. 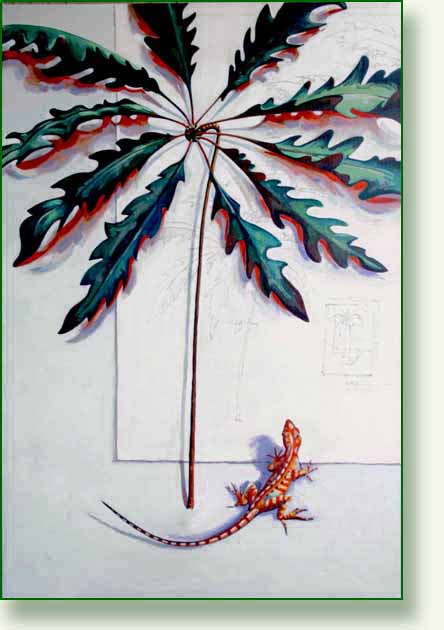 The dried Snakewood Tree leaves are just magnificent on their own and in some ways I could have left it solo, but I do like a narrative and so this picture now links a few things that I felt worked together and have a reason for being together. The first snake I saw here was one of the beautiful black racers and it seems fitting to have a snake with a snakewood tree leaf. The favourite soapberries rather abstracted here were on my desk when I was looking for something else to add to the painting. I have been backwards and forwards with this painting.. I tidied it all up got rid of all the brush strokes and it lost its sparkle so spent most of today trying to “rough it up” again
I like this painting. People who don’t like snakes won’t. People who like something more than a landscape might. 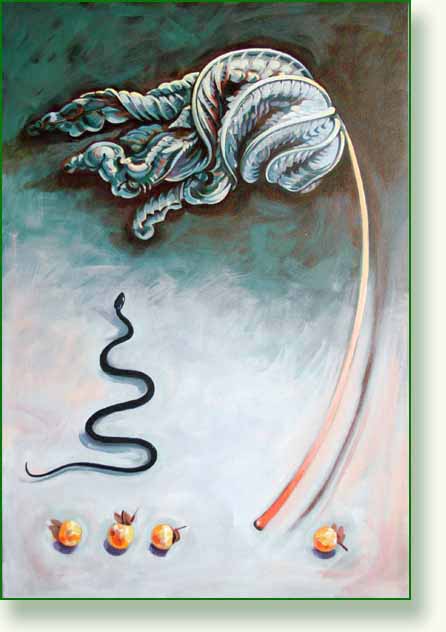 I have always liked paintings or images which combine seemingly unconnected elements or objects. They create a mystery and a tension and a story which can be interpreted in different ways according to the ideas and experiences of the viewer. It would be interesting to ask people how they would interpret these two paintings. 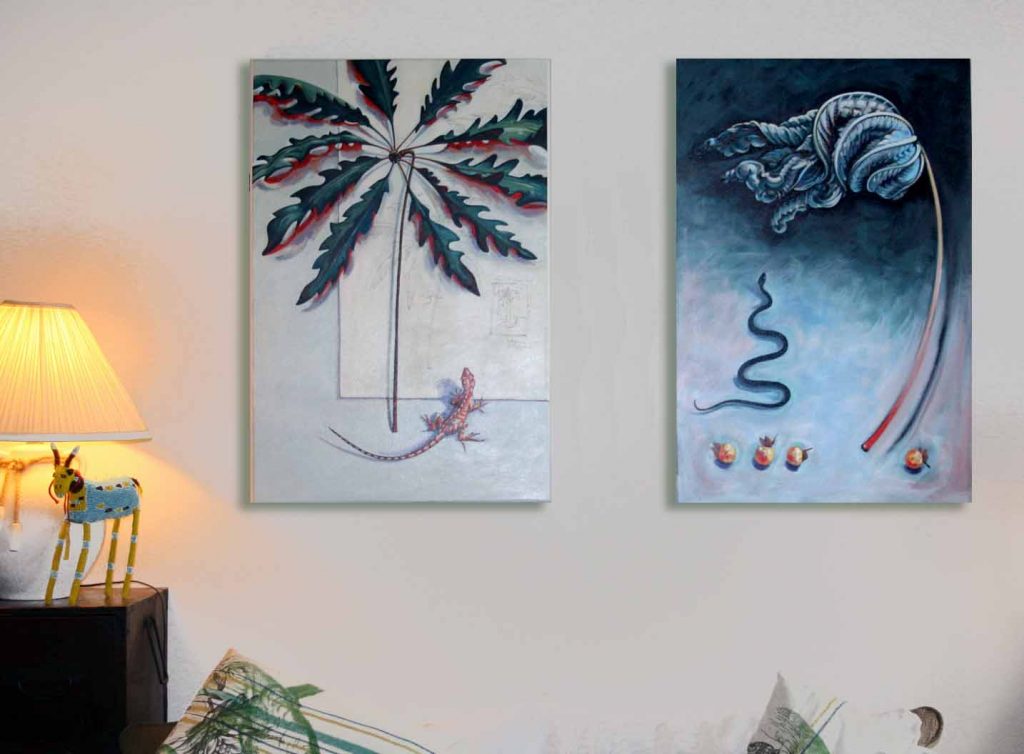 I do wish I had a huge airy studio and had been able to tackle something 6 ft x 4 ft, maybe next time.

Ant has been helping. He is the most curious creature. Wherever I am working, he appears. If I am on the computer he is clambering over the keyboard or the screen, if I am painting or drawing at the desk he is running around the paper or the brushes. Today he has been living very dangerously, climbing in and out of my acrylics palette and yesterday he made it to the big oak painting, from which I had to remove him before like a little fly in amber, he was glued forever to the canvas in a layer of varnish, giving “caught on canvas” a more sinister meaning. I guess it’s the movement that attracts him. He has never stung me so I don’t think it’s territorial protection. somehow I don’t think ants are capable of affection, but I could be wrong. Hmm .. who knows but it’s nice to have my tiny little companion frolicking about. I really should immortalise him in a drawing or painting somehow. 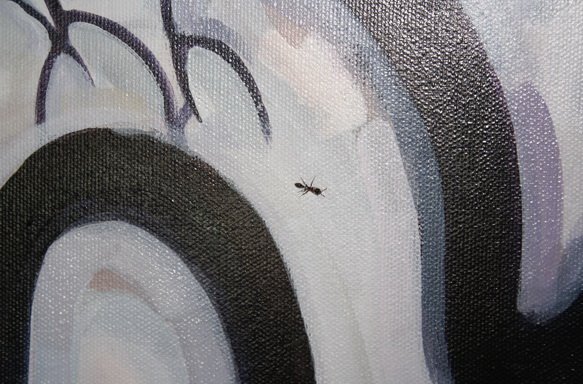 Ant on the oak branch painting.