I have only 6 weeks to go before I have to put up the exhibition at Leu and, as I habitually do, I make a chart of the time I have left, put it up on the wall and then forget about it. It’s just a little ritual which reassures me that, because I have made a chart, I have things under control. This is self delusion of the first order of course but is comforting. Deadline angst will kick in by about week 5.

I promised myself that I would try to get a few large pieces done for the show so today I have been planning those. I want to paint some more leaves from the garden and this is a chance to tackle some of the larger ones.
I have a beautiful big leaf in the fridge which has been there for a while. Unfortunately I am not quite sure what it is. It came from Leu but the tree has no label, which I am not going to worry about for now .

I haven’t recorded a piece of work from idea to finished piece before so it will be interesting for me to see where it goes and at what point I probably should have stopped.. .. but didn’t!
So first the some tiny quick design sketches, in a 4″x 6″ sketchbook, of some ideas I have been thinking about.

I do so wish I could keep exquisite sketchbooks. I have said before that I so admire the sketchbooks that some artists manage to keep. They are often beautifully laid out, carefully and methodically annotated, all the same size and colour, or in matching sets, becoming works of art in themselves.
Sadly I am not one of those artists, I have tried but just can’t do it. My sketch books are a mishmash of shopping lists, phone numbers, written notes, ideas, and scribbles and would not be valued by anyone except me. I write on anything to hand to work out an idea. I do try to keep all the bits and pieces though and sometimes find an idea that, at the time had nowhere to go but seems much more promising second time around. 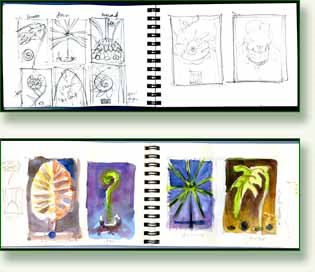 I next started a pencil drawing which was supposed to be a detailed drawing but I abandoned it, because for some reason, I had decided to try the Bristol Board again .. Very Bad Decision. I really don’t like the surface at all, it’s slippery and any bit of grit from the pencils makes nasty scratchy marks. So I converted it into a sketch which is still useful and at least worked out the cast shadows that I like so much.
I also had to scale the drawing down to one third of the leaf’s size, that too was unsatisfactory, as it is partly the size of this leaf that makes it so impressive. 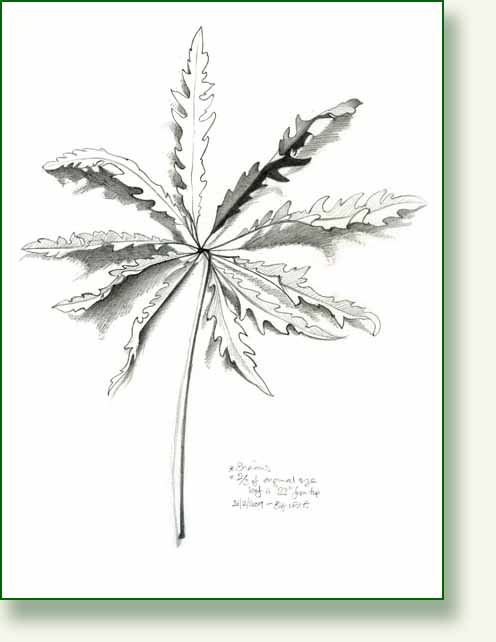 This small drawing made it seem nondescript, so that made me decide on a bigger canvas size too, a nice big 3ft x2ft
I bought a canvas and primed it a warm dark grey and sketched out the basic design and blocked in a bit. That’s it for the painting today. 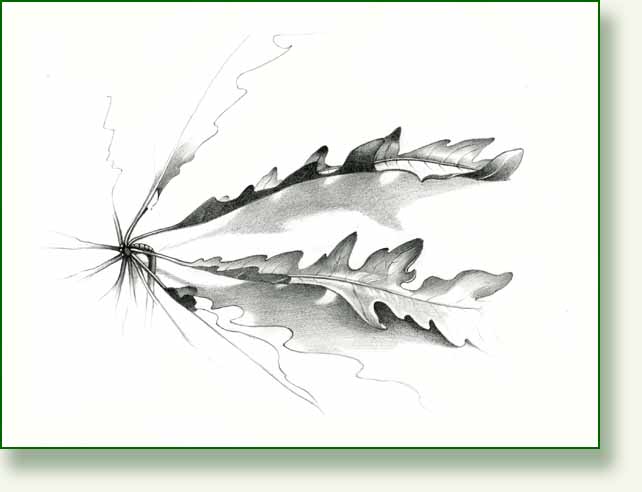