Leaf of the Day: The Cotton Rose of China

I was pleased not to have to spend hours on the computer today..but couldn’t quite tear myself away from Catesby entirely. I think I have now looked at every one of those 220 plates. 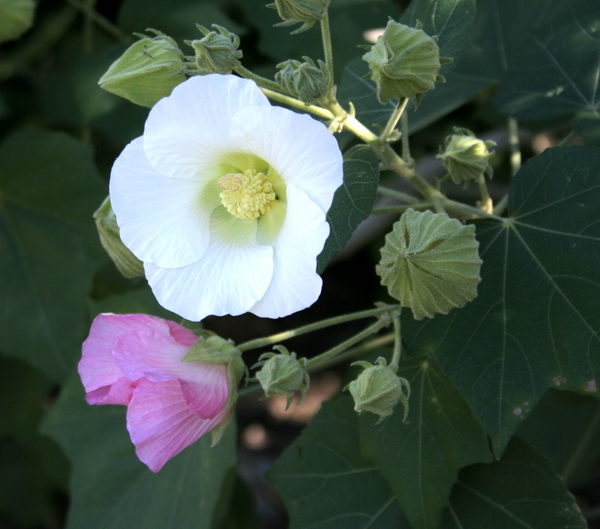 However I did get one drawing done of a seed pod that has been sitting on the table for a couple of weeks. It’s from the Cotton Rose or Confederate Rose, not a rose at all of course but Hibiscus mutabilis originally from southern China where it is also known as the Fairyland flower. At Leu Gardens there is a huge and showy bush which was covered with these lovely big flowers and admired by every person who walked by. The photo was taken in October. Mutabilis because the flowers open pure white and change colour as they fade from pale to deep pink. It is very intriguing to see this beautiful mixture of colours. There are huge buds and then these slightly fuzzy seed pods, which are equally attractive.

It arrived in the USA in Colonial times via southern European gardens. It had reached Rome in 1632 and was one of the earliest flowers to be brought out of China, which given its beauty is no surprise. The 10th Century Emperor, Meng Chang of Chengdu, capital city of Sichuan, ordered cotton roses to be planted on top of the entire city walls, earning it the name the “Cotton Rose City”. It is said that when the flowers were in full bloom, the city from a distance, looked like rippling pink silk. What a stunning and evocative image. It must have appeared like a strange and wonderful mirage to the average 10th century traveller.

This ” Golden Pheasant and Cotton Rose” was painted by the famous Emperor Huizong of the song dynasty. 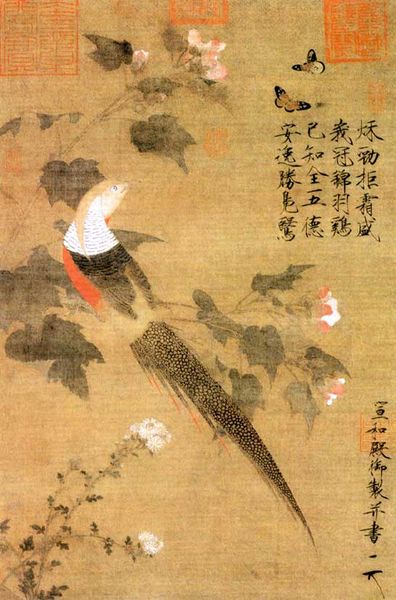 This was a time of great culture in China and Huizong was a painter poet, calligrapher and musician with interests in architecture, garden design and philosophy. He wrote a treatise on tea and filled his court with painters but as Wiki puts it, “A true artist, Huizong neglected the army” which led to the eventual overthrow of the Song dynasty. 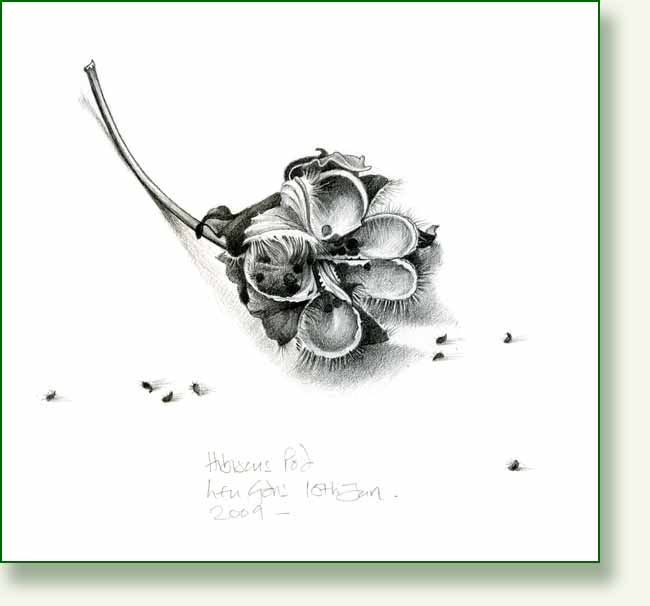