Leaf of the Day: The Water Plantain, Day 2

There was no avoiding the plantain today so I went out to look for more specimens. Due to heavy rain (add spectacular lightning too) over the last two days, the wretched things are retreating even further off shore but I did get some leaves and one small flower spike which, combined with my earlier sketches, means I can make a start. I also rethought the layout in view of the shape of these new leaves.
I can now give this a real name, thanks to Phillip who runs the Florida chapter of the American Society of Botanical Artists. Link here
He has not only cleared up this mystery, but also provided me with a nice chunk of text for this post…thank you Phillip!

“I did some slight research for you on yesterday’s plant and think that what you are drawing/painting is indeed a Sagittaria species – Sagittaria lancifolia, the “Bulltongue Arrowhead”. At least based on what I can see from your pictures.
Also according to my resources – Alisma species in Florida anyway are now in Echinodorus. Echinodorus seems to have perfect flowers while Sagittaria has male and female flowers separate (on the same stem)females first and then males above. The females have the large round pistil that is so noticeable. Both are in the Alismataceae and otherwise very similar.

He goes on to recommend “A Guide to Florida Wildflowers, by Walter Kingsley Taylor.
and knowing my interest in any odd facts,
“You’ll be interested to know that Taylor’s Florida Wildflowers shows Sagittaria lancifolia as its second entry with the notation that, ‘Seminole Indians used this plant for shock treatment from an alligator bite.’ !! Unless it produces complete numbness I can’t imagine its efficacy!”

Me neither. I was thinking though that I could do with a well trained alligator right now to do “fetch and retrieve” for these off-shore plants. The resident flock of ibis are no help at all and can be bought with neither kind words nor a loaded gun.

Thank you too, to Paul for the “Duck Potato” name which seems to be applied to various species and takes its picturesque name from the “edible” tubers..although ducks don’t often seem to eat them. They were once an important food source for the local Indian peoples.
These tubers can be eaten raw or cooked for 15 to 20 minutes. The taste is similar to potatoes and chestnuts, and they can be prepared in the same fashions: roasting, frying, boiling, and so on. They can also be sliced and dried to prepare a flour.
Other edible parts include late summer buds and fruits.
Another plant for my “garden edibles” list.

I made a drawing of the leaves to the right size and a first rough draft of the flower spike followed by another more detailed one. This is such slow work !! These will form the basis of the finished work. It’s a more complicated task because no one stem is nice enough to work from excusively, so I am having to make an amalgam of several bits and pieces, taking care not to create a completely new monster species. Sagittaria pato v. valerii. The bad person in me would like to put this name on the final piece for submission…
______________________________________ 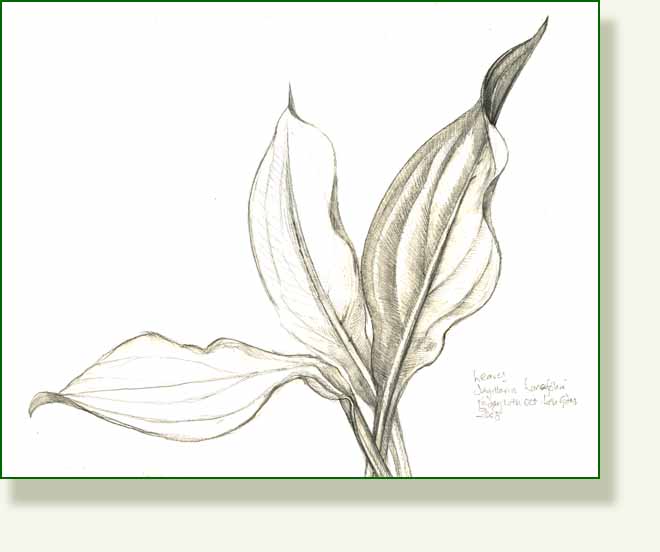 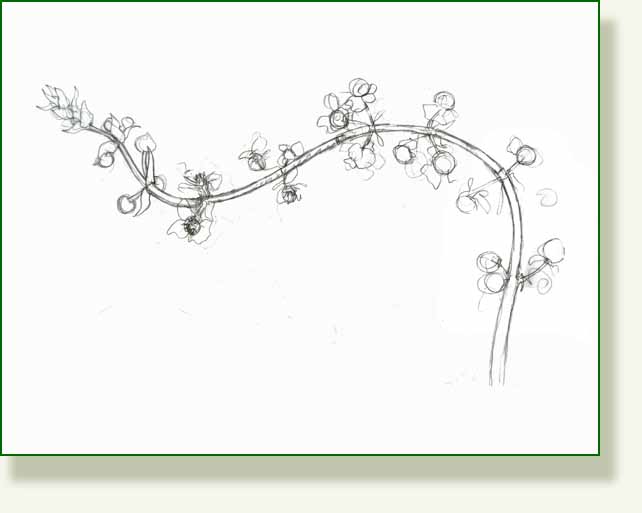 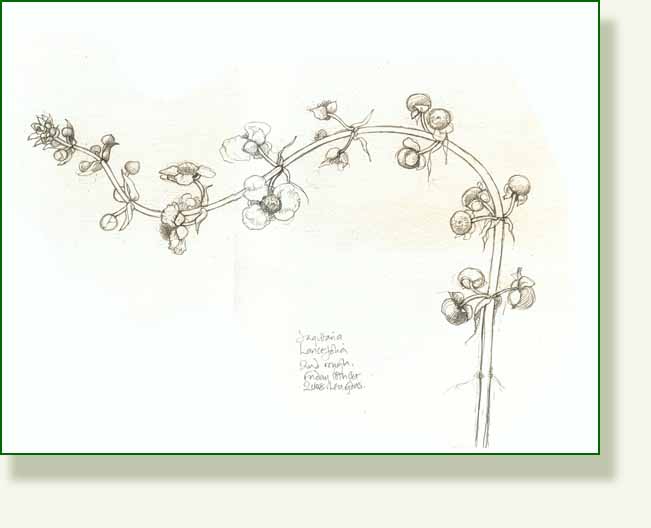