Leaf of the Day: Nature, Creation, Us and the Lipstick Tree again

David Attenborough was on the radio today talking the most sense I have heard recently about nature and our responsibilities to it. He was speaking on the BBC4 Today Programme, (the link is here.) and if you have 5 minutes and care a little about the planet, go and listen to this intelligent and thoughtful man. It is a short interview which starts with his concern about our much loved European frogs who are threatened by some awful fungal disease (more from the Guardian here) but goes on to talk about overpopulation, education and the role of TV in informing, an increasingly insular and care-less population about the importance of keeping a balance in nature.
Here is a short extract:
“The UN now tells us now that over 50% of the human race is living in urban circumstances, and that to a greater or lesser degree they are cut off from the natural world…. being cut off from the natural world means that you don’t understand about the natural world and if you don’t understand about the natural world on which you depend, then you’ re in trouble. So it is essential, I think that people should be aware of what goes on in the natural world….. but apart from all that, it’s interesting! it’s beautiful! it’s unpredictable! it’s astonishing! it’s dramatic!

He does not preach, but just talks in a reasonable way about our moral responsibility to a planet that we share with creatures other than just Homo Sapiens. It’s all so unlike some of the screeching I have heard here, coming from the terrifying “creationist” lobby. There has been much in the media recently about all this. Whatever myths or legends people want to personally hold dear, is fine, as long as they harm no one and indoctrinate no one but here some would have creationism taught as fact. 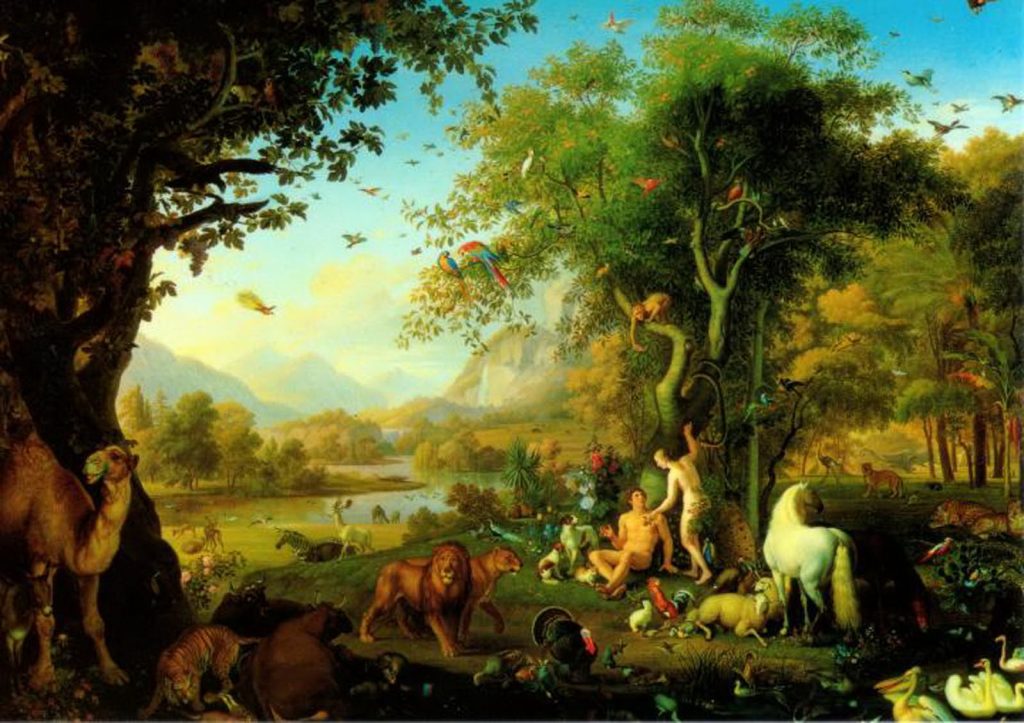 I once devoted some considerable time and study to all that allegedly went on in the Garden of Eden. It’s a fine and diverting story, as are the Greek myths. I just cannot hold with any theory or agree with any position which starts from the idea that Man has or should “dominion over Nature”. When this particular creation story was written we were already harnessing and exploiting nature for our own ends so it would hardly have been in anyone’s interests, let alone the avaricious and controlling church, to write a story that gave Nature the starring role.
I personally don’t understand why anyone wants dominion over anything or anyone and regard people who do as highly suspicious, but as for Nature, well we should just consider ourselves lucky that Nature has allowed us to survive so far. You just wonder how much more you can poke a stick at it before it really bites back. Attenborough talks of nature being “badly bruised” by us . I think that is an understatement. It all makes me as mad as …… well …Hell!
But here is Edmund Hicks’ delightfully optimistic, post fall “Peaceable Kingdom” 1834 (one of about 60 versions, triumph of optimism over experience?) to give us hope.. 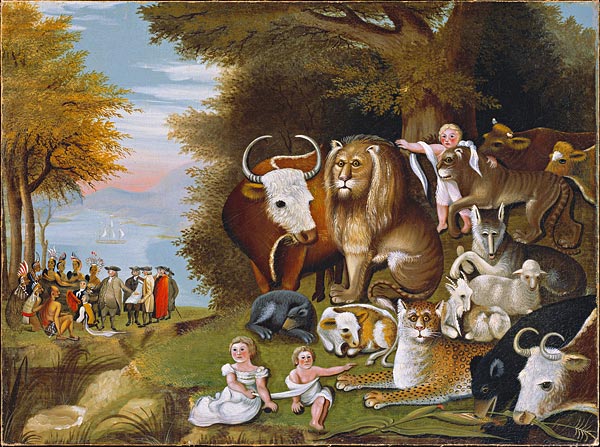 However, thankfully, all back at the garden of Leu is peace and harmony at the moment, apart that is, from the normal life and death struggle of the natural world.
As I said yesterday some things are just coming into blossom at Leu and to my great delight one of them is the Lipstick tree Bixa orellana, one of my very first exciting finds, thanks to Pedro. This fascinating tree is the source of the dye annatto and I had written a little about it and drawn one of the spiky pods way back in April, see “The Lipstick Tree Pod and Fake Blood” here . I walk past it almost every time I go to the gardens, wondering when it will be in bloom. I was beginning to think it was having a year off but then miraculously yesterday it was covered with flowers. The flowers are big, pale pink, lovely and like a Rose of Sharon, with no hint yet of the rich scarlet dye to come. I have just a tiny sprig with a bud, a flower and a leaf as I don’t want to rob the tree of any potential for the wonderful red and spiky pods to come. I can’t wait. I only saw them when they were past their best and the dye from the seeds was dried up. I am hoping to make some ink! …
Anyway here is a watercolour with a nice rich orangy red background in tribute to annato and delicious red Leicester cheese.
________________________________________________ 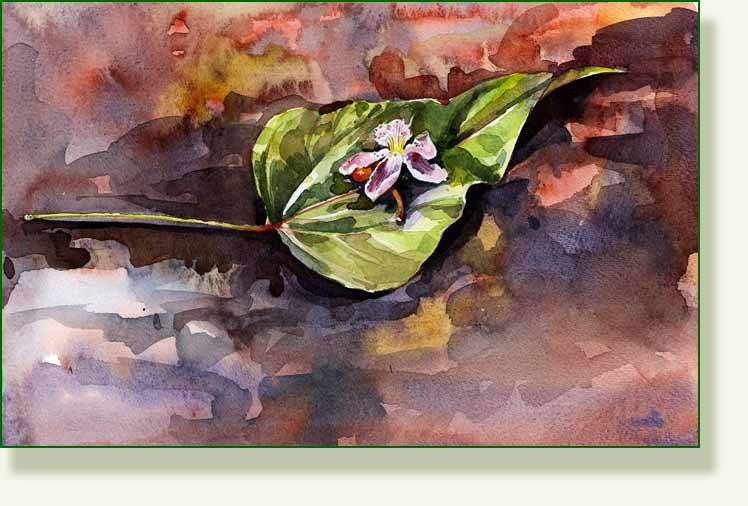