Leaf of the Day: Grevillia Banksii pods and Hakea update.

Last week I brought another Hakea pod home with me, hoping to actually see it opening up, but it got the better of me, splitting slightly along the seam on Friday and then overnight opening up. The surprise this time was how the pod opens up and in so doing releases the beautiful black seed from its case, demonstrating the real design elegance of this plant. The wing tips of the seeds are attached to the top 2 sides of the pod so when it opens it lifts the seed clear of its case. I think the drawings will explain it better. This is different from the one I drew earlier. I draw things just as I see them and am no expert botanist, so I must assume that the earlier pod did not contain a viable seed. On Sunday morning the pod had opened even wider..I am wondering when the seed will actually become detached. (I am sure this thrilling account has you on the edge of your seats but, to me, it is the most fascinating thing to watch how these natural mechanics work.)

While collecting this pod I also noticed some really funny little empty pods on the ground and brought a few back. If you were of a whimsical turn of mind you would have to say they are definitely pixie hats! They turn out to be from the Red Grevillia(Grevillia banksii) which is another Australian native and from the Proteaceae family, the garden planners at Leu obviously made a little Aussie collection here. These are the empty pods which had developed from the flowers. I can’t see the flowers (if there are any at this time) as the tree carries its branches too high for me to reach but the next time I am there I will make more of an effort. Having done some research though, I understand better how the pods develop and this beautiful illustration from Ferdinand Bauer shows the flower and fruit formations. I do hope I get to see a flower this season.
I imagine the little hooks are to attach the seed to passers by, hitching a ride to a new destination. 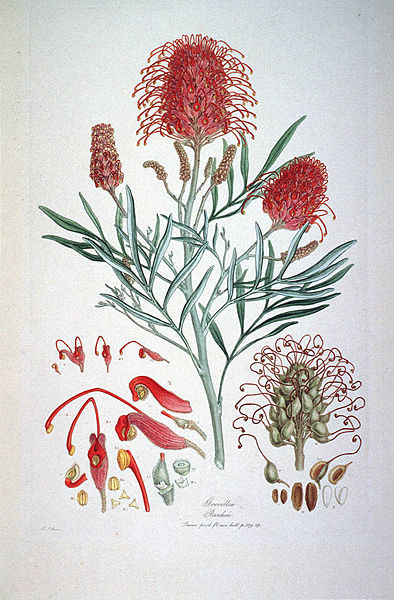 The plant was named by Robert Brown the Scottish naturalist who spent 3 years collecting and describing new species of plants in Australia. He and Bauer had worked closely together during Mathew Flinder’s Australian expeditions on the ship the “Investigator” and when they returned to England, published various volumes of their findings. The “Illustrationes Florae Novae Hollandiae” published, in 1813 was a collaboration between Bauer and Brown and contained the drawing above. Bauer was an exceptional artist even engraving his own plates, such skill is humbling!… more of Bauer at a later date. 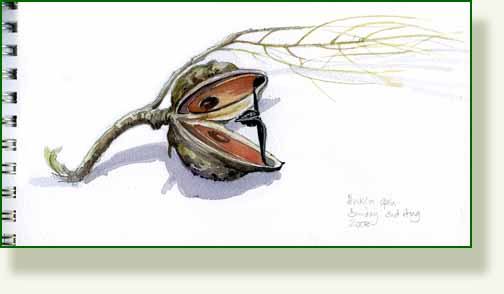 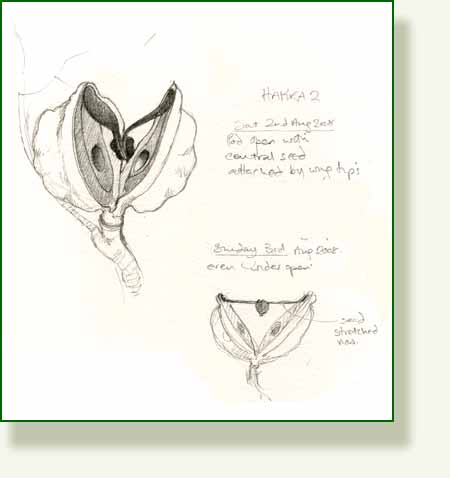 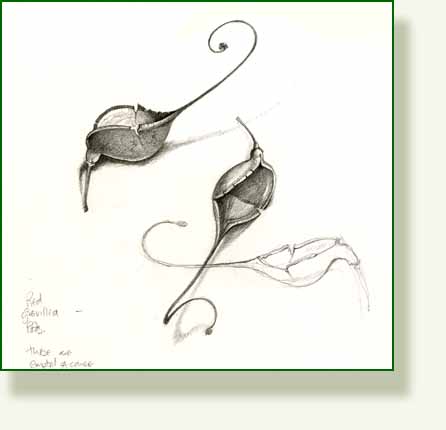