This striking tree greets you as you enter the Arid Garden at Leu. It was one of the first trees in the garden which caught my eye, and that was even before it had flowered. The beautiful twisted branches lie close to the ground and the bark is deeply etched, it’s a very drawable shape. I had been to the gardens today to look for more inspiration for the course submission and this flower is another possibility. It is from the Coral Tree, Erythrina crista-galli also known as the Cockspur Coral Tree due to the spur shaped flowers or the spines on the trunk, I am not quite sure which. (although crista galli really means cocks comb so I would think the Latin name refers to the flowers.)

The first photo was taken on my initial visit in January and the next in April when the tree was in blossom for the first time. 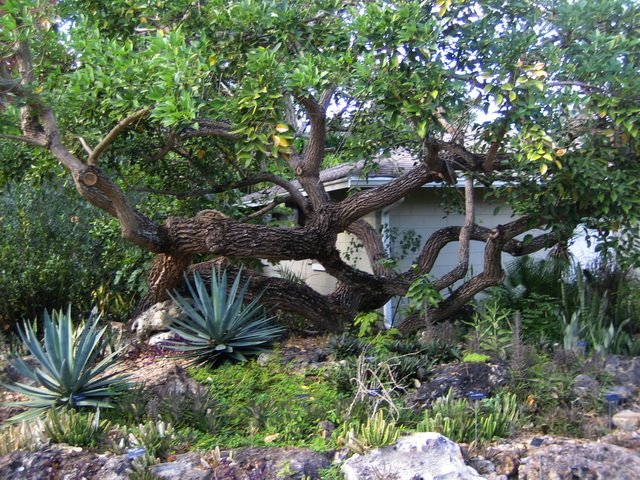 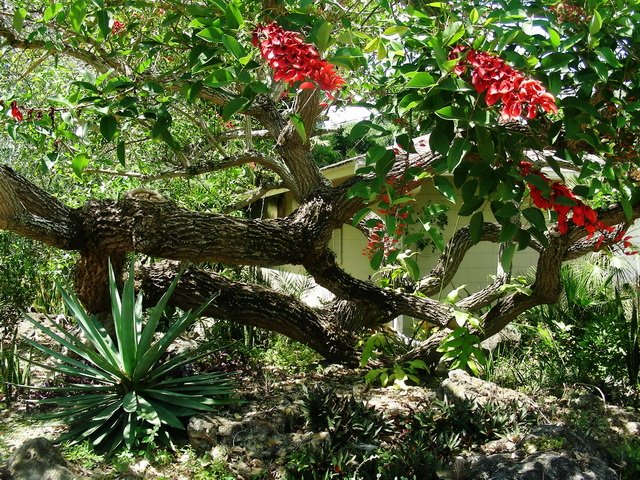 The colour of the flowers which are held in hanging inflorescences (racemes) varies from deep orange red to a dark maroon and they are rich in nectar, much liked by the hummingbirds in their native South America. There is sometimes so much nectar that the flowers drip ‘tears’ giving rise to another local name “Cry Baby”.
It is the national flower of Argentina where the tree is called the Ceibo and where a rather somber legend is told about its origin. Are you sitting comfortably?

Once upon a time there was a tribe of Indians the Guarani who lived peacefully on the banks of the River Parana. Their Princess Anahi, although not blessed with good looks had a beautiful voice and loved to roam in the forest with the freedom of a bird. She also had a brave heart and defended her tribe fiercely against the Spanish invaders but for her rebellious actions was taken captive. In managing to escape she killed her guard and was condemnded to death by fire. As her body was engulfed in flames a transformation took place and she gradually took the shape of a lovely tree crowned with beautiful red tear shaped flowers, the Ceibo. 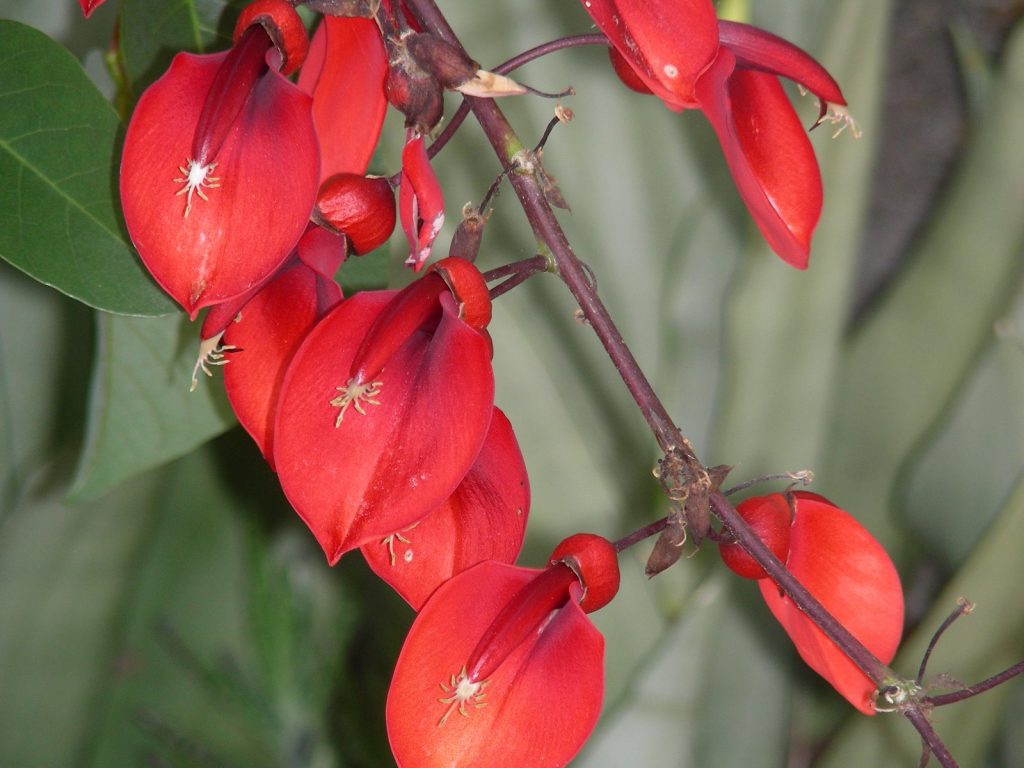 The tree at Leu is still flowering and due to continue until October but the flowers I have here are slightly more blousy and not quite such a neat shape as they were..perhaps they are past their best or have not enjoyed the hour in a hot backpack. They are an interesting shape though, and of course cunningly formed so that the pollinating insects or hummingbirds have to get underneath the ‘carina’ to access the nectar, becoming covered in pollen from the filaments in the process. The carina is the sheath like spike that has 10 wobbly headed filaments and the alarming black hooked structure which will develop into the seed pod… I looked for an old pod but was unable to find one with seeds and even for a pod lover like me they were just too tatty, but there are plenty on the way.
The flower is an interesting shape and a rich colour and the blossoms are very showy but to be honest I prefer the tree shape to the flowers..

Talking of pods, one of my models has just exploded. I had brought back a couple of curious little pods from the Gout tree ( exciting images to follow), One, the most interesting one, has just popped with an amazingly loud bang for something that is not much more than half an inch high! The 6 parts have ricocheted around the room…sigh…You don’t have this problem with photographs. Yes, recourse to the camera is becoming more and more attractive.
________________________________________ 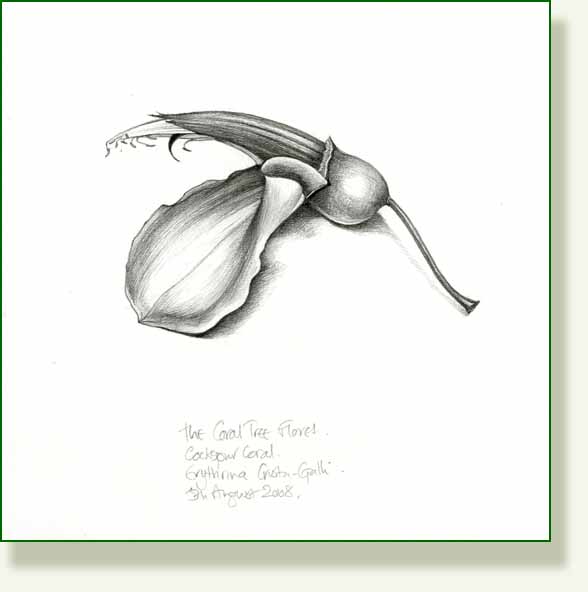 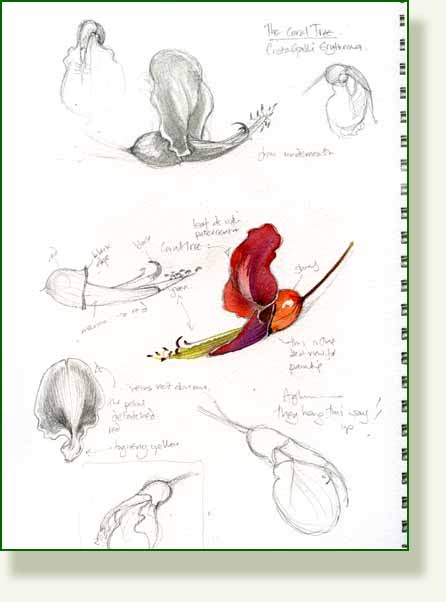