Leaf of the Day: Magnolia, an Ancient Beauty and a Ghost town

The Magnolia, Queen of the South. How could I take so long to get round to making some studies from this beautiful tree which grows everywhere here, big and small, in Malls, in gardens, round offices, and in the parks. There are approximately 80 different species and many of them seem happy to grow in and around Orlando.

I had no idea that the magnolia family was so ancient, but fossil remains have been found dating between 36 and 58 million years and I like to think of them growing side by side with the cycads and ferns, the ginkgos and the dinosaurs. The huge and beautiful flowers we see here on the Magnolia grandiflora are also considered a simple, primitive flower. It does not have petals as such, but tepals, a neat little anagram. Tepals are a tricky concept as they look like petals but are sepals and petals joined together. (Some well known flowers which you think have lovely petals actually have lovely tepals ie: tulips and lilies.) Another throwback to their ancient past is that magnolias evolved before there were bees so are pollinated by beetles. There is no nectar in these flowers but a rich protein filled pollen which the beetles seek out for food. 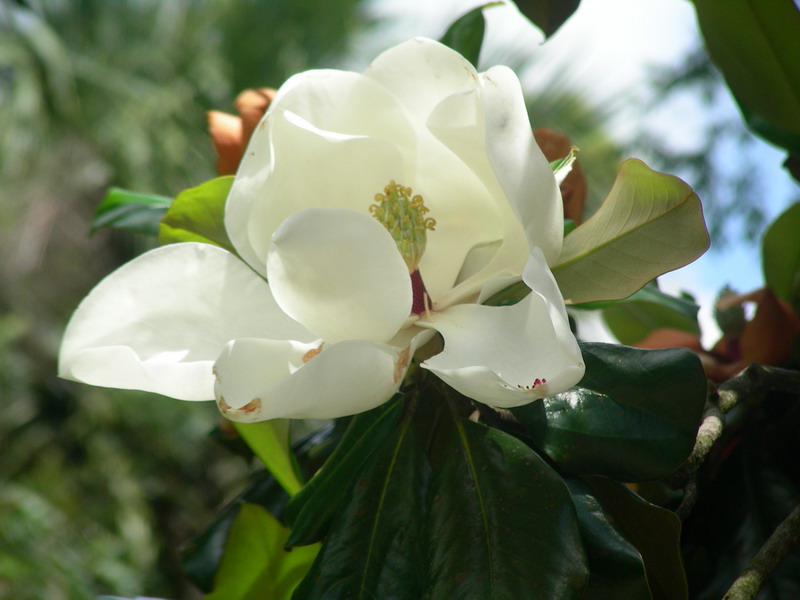 Magnolias are named after Pierre Magnol, a 17th century French botanist who was Professor of Botany and Director of the Royal Botanic Garden of Montpellier ( important as one of the innovators of the current botanical scheme of classification.) It is rather ironic, I think, that these beautiful ancient trees known for centuries by other cultures and by other names would be named after a European.
England had no native magnolias, but in 1687 the sweet bay magnolia (Magnolia virginiana) was sent to the Bishop of London by one of his American missionaries. More species arrived from America and later Asia and now the magnolia is one of the most popular flowering trees gracing gardens all across the world.

The blooms here are amazing and I will, I am sure, get round to painting one of them one day but today here are 2 little furry “burrs” which you can find scattered around the base of magnolia trees after a storm. They are the centre part of the flower that remains after the tepals and the stamens have fallen away. You can see in my photo above that this flower has already lost its stamens. The dots below on the middle section of the receptacle are where stamens were and, below that, the tepal scars. The little black curls are the remains of the stigmas which were once yellow, each one leading down to its own carpel which in due course will produce the beautiful red seeds in the twisty seed pods which I, like so many other artists before me, will be drawing and painting over and over again.

Curiously, as a footnote, here in Orlando as we are following the progress of hurricane Bertha, listening for news of impending storms and severe weather warnings, considering our evacuation route and essential supplies list, I came across an account of the ghost town of Magnolia. It was once a thriving little cotton port in North Florida until, due to economic factors and a severe hurricane in 1843, it became one of Florida’s ghost towns. It seems this particular hurricane was very thorough in its devastation of the Gulf coast. The New York Herald called it “ one of the most dreadful hurricanes we have ever remembered to have occurred on this continent” . The 10 ft storm surge badly destroyed the Ports of St Leon, and St Marks, and the once thriving port of St Joseph, already in decline due to yellow fever was washed away. Once you start reading about the history of hurricanes in Florida you do wonder why anyone ever stayed to battle the weather, the mosquitoes and the tropical fevers..however Orlando’s 220,000 inhabitants are stirring, the sun is up, the lake is as calm as a mill pond, and Dan the weather man is smiling. I am going to Leu Gardens to make the most of this hurricane free day.
__________________________________________ 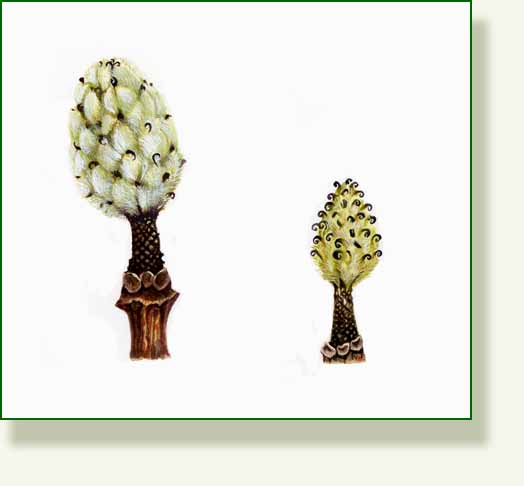