Leaf of the day : The Air Potato Vine

Todays drawing should really be accompanied by a wanted poster, as, despite its innocent appearance, this is a very bad plant and is high up on the invasive, to be dug out, to be got rid of at all costs and exterminated, plants in Florida. This is the Air-potato, Dioscorea bulbifera, also called potato-yam, air-yam, Chinese potato and is a member of the Yam family, Dioscoreaceae.
There are pages and pages of discussion about them on the Internet and I am now convinced that after drawing it I will have to destroy it (if I can). I must admit that when I first came to Florida I did notice that every upright structure, be it building, tree, or telegraph pole had some sort of vine either running up it, over it or hanging from it. Mostly it’s something called kudzu but it seems the air potato is also a main suspect. ( ‘plant of interest’ to be PC).
The air potato was brought to Florida as a possible agricultural crop early in the 1900’s from Africa where it is an important food source. However taking full advantage of the wet and fertile conditions this thing has multiplied alarmingly and is engulfing everything it comes across in a choking blanket, blotting out the light and scrambling 60 ft to the tops of the highest trees…It’s a problem.

The little warty tubers which the plant produces can spout even if only the size of a pea. They can float, fly, bounce, or otherwise travel and set up colonies anywhere. Naughty gardening squirrels like them to plant them and birds may scatter them. It is currently found in 23 counties in Florida and by the time I have finished this post is probably in 25 and still going.
It is a shame it’s such a nuisance, as the leaves are pretty and is a useful screening plant in areas where it is more controllable. (Think Russian Vine in UK)
Barry Rice, an Invasive Species Specialist’s says ..”Don’t plant it in your garden, don’t let your loved ones plant it, don’t let your friends plant it! “
One way of controlling them here is through organised potato vine roundups. Yee ha!

In nearby Gainsville, (and I quote from the the Gainsville Voice website here ),
“The previous eight Great Air Potato Roundups have been a tremendous success! To date, volunteers have removed more than 60 tons of air potato tubers from 30 nature parks, creeks and neighborhoods.”
Similar roundups are going on all over Florida and I wish them luck. I will do my bit everytime I see one of these pesky things growing, but from the amount I have now seen running amok, even down at carefully tended Leu Gardens, there is some way to go.
Meanwhile I am pondering what to do with my other two tubers, already looking eager to sprout… I could try cooking them but the fridge isn’t that empty yet, I could be artsy and make some potato prints, or I could just while away the afternoon making Mr Air Potato Heads… 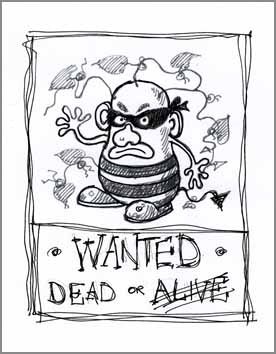 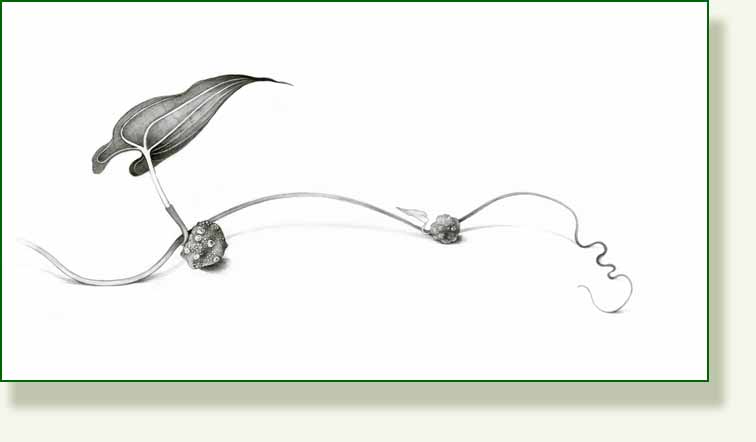