Leaf of the Day: Spiky Chinkapin Oak Burs, and an early life in Missouri.

A couple of studies of the spiky, very sharp burs of the Chinkapin Oak Quercus muehlenbergii
The curious name really applies to the chestnut tree which is known as the Chincapin, Chinkapin or Chinquapin. According to the dictionaries it is probably a modification of the Algonquian word “chechinquamin“ meaning chinquapin nut ? Hmm that seems to take me round in circles.
The muehlenbergii part of its Latin name comes from Gotthilf Heinrich Ernst Muhlenberg 1753-1815 who was an American clergyman and botanist, and while being, no doubt a worthy pastor, he is best-known as a botanist. A genus of well known ornamental grasses the Muhlenbergia, was named in his honor.

The studies, one in watercolour and one in gouache show what remains of the flower spike and the young burs. The flowers which were small and yellowish, clustered into the spike-like catkin have shrivelled up and the fruit, coated with slender, hairy, 1/2-inch spines forms the protective nut bur. It is quite a deterrent. When ripe the burs split to release a brown, single, solitary, round, glossy delicious nut.
These are very palatable to a variety of animals, including us and are useful as a friendly food source for urban wildlife.

In the archives of Springfield Library Archives, Missouri, I came across this touching account of the life of a country man Jim Chastain, he is recalling his early life. and eating chinkapin nuts amongst many other things. I make no apology for quoting this long passage.

” I was never was born. The buzzards laid me on a stump and the sun hatched me! I’m eighty-three years old and I spent the most of my life in Laclede County. I was born in 1897 on December 15 in the Hazel-dell District. They told me that there was five or six inches of snow, ice and sleet on the ground that morning. Our family made a living by going out to the fields with a double shovel and a single shovel and plowing the ground up with a turning plow. We planted corn, oats, wheat, turnips, potatoes, cabbage, parsnips and all of that kind of stuff.
We had peach, apple and pear trees, and we took the fruit off them. We also had seedless peaches in every corner of the fence. My mother made peach butter, apple butter and wild blackberry preserves. We dried the peaches and apples out on the slope of the house or on two trestles. We picked persimmons and my mother cooked them, took the seeds out of them and mashed them through a culler, took the peeling off of them and made persimmon preserves. We went out in the woods and gathered grapes and made grape butter, jelly and canned grapes.
We got our water from a spring. It never even once dried up. You couldn’t take a scoop shovel and dry it up, either. Now they don’t even want to drink out of a spring or anything. That’s the purest water on earth. We kept lard, milk and butter in a spring branch in a box, the water running through that spring.
We butchered our own hogs so we had meat. We had meat in the smokehouse smoked with hickory wood and a little sassafras.
We had always put out a cane patch and my daddy made molasses every fall for other people. We had a fifty gallon barrel of sorghum, or molasses, whichever one you wanted to call it. We had a fifty gallon barrel of kraut and a fifty gallon barrel of cucumber pickles.
We ate hickory nuts and walnuts, black walnuts. A lot of people calls them butternuts and then the black walnuts. We ate them and then we got chinquapin acorns. We got that and parched it on the stove hearth and eat it like popcorn. You put a little bit of ashes in the bottom of a stove hearth, and you put them acorns in there and a little bit of ashes over them just enough to cover them. Then you rake live coals out on them and let them cook. You take that outer burr off, but let the shell stay on. After they’re roasted, they tasted awful good to a kid in them days. Might not want to eat one of them now.
Also, you could take that burr acorn, and if you knew how, you would take a knife and you could make the most beautiful basket that you ever saw in your life. You turn the acorn upside down and leave that fuzzy hull down here. It has a little hull around the top of it. Cut down on each side and cull it out and dig that out of there, and you’ve got one of the most beautiful baskets you ever saw in your life. “

The article is fascinating. Go and read more here 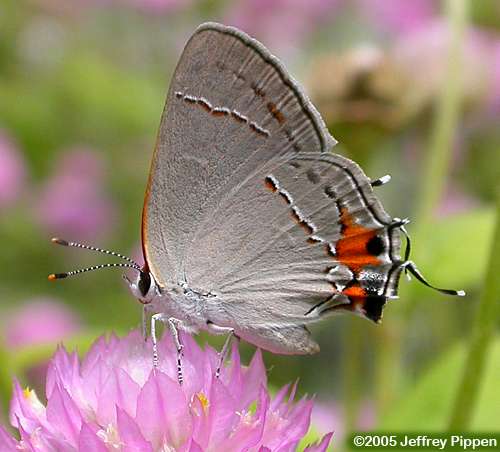 a great picture and more from Duke University here

Sometimes botanical language makes me laugh. I read somewhere it is regarded as a “precocious” tree.. meaning it produces nuts early in its life cycle, somehow the idea of a tree being precocious is endearing. I made the first sketch 2 days ago and in that time the colour changed and it started to dry out, so the second sketch is different and in gouache just for a change!
__________________________________________ 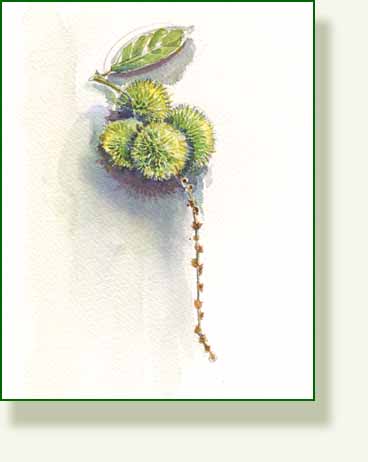 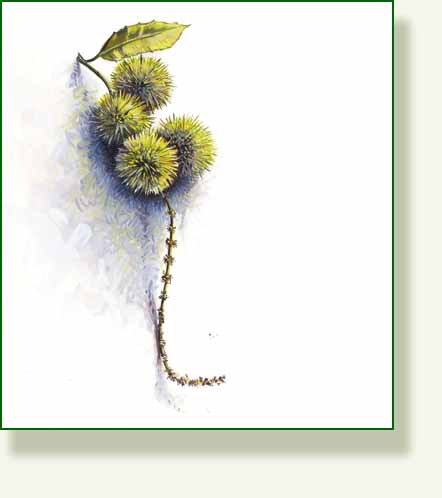