Leaf of the Day: Pomegranate 1

Firstly apologies for the bits of yesterday’s post which challenged even those of you with the keenest eyesight. It has now been rectified.

I decided to put off the leaves for another day and draw this lovely little pomegranate. It is from my Leu Gardens expedition yesterday, from a tiny little bush.. nothing like the huge extravagant pomegranates that I first saw growing in the valley of Lanjeron in the Alpujarra mountains in Spain, where the pomegranate is also the symbol of the ancient town of Granada. (“granada” is Spanish for pomegranate.)

The pomegranate is a such a beautiful fruit and to write a good post on pomegranates I would need a week. There is so much about it in history, myth and medicine but after “Flaming June” here is another lovely Victorian painting this time brooding “Proserpine” painted by Dante Gabriel Rossetti in 1873

Proserpine is holding the pomegranate, the fruit of the dead, according to the Roman legend. The legend tells how Ceres pining for her abducted daughter Proserpine, set about making a desert of the earth forbidding any life, until her return. Pluto (who had kidnapped Proserpine in a splendidly macho fashion, bursting out of Mount Etna in a chariot pulled by 4 black horses) agreed she could return but, as she had eaten 6 pomegranate seeds she must return to Hades for six months of the year. hence we have winter when Ceres again mourns for her lost daughter and summer when she rejoices at her return.

At the moment the great pagan god Thor is very busy over Orlando and apparently will be for the next 5 months, and we have just been caught in the middle of the angriest storm I have ever experienced..the rain is coming in the windows on 3 different sides of the apartment at the same time while a malevolent low sun is burning on the horizon.. its all very apocalyptic.. 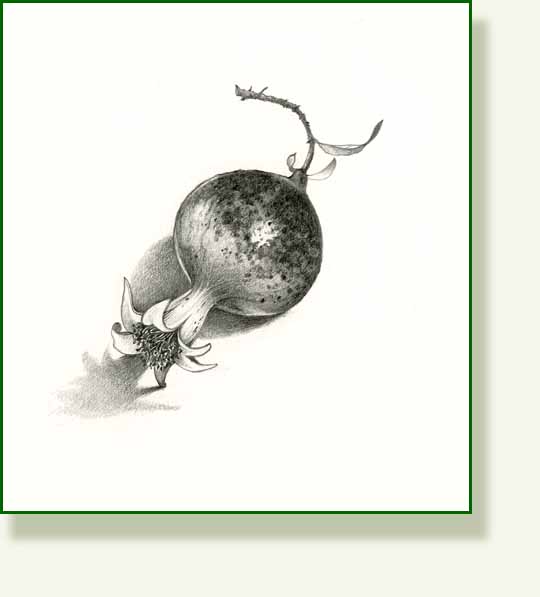