Leaf of the Day: Titan Arum

I am just over half way through my Uk visit and am currently at lovely West Dean College in West Sussex for some botanical art tuition. After two days of extremely enjoyable and intense botany lessons and drawing with Liz Leech I am taking a break to make a back dated post. We do have (albeit intermittent) Internet access here but not much time spare to use it. I have missed the drawing and the writing but will slowly now be able to update.
This post is backdated to the day I did the drawing and is concerning the astonishing Titan Arum which I was so lucky to see on Friday 9th May. I had gone to Kew mainly to see Shirley Sherwood’s collection of botanical paintings in their new dedicated Gallery, and while looking at the all beautiful work, feeling both inspired and dismayed, a Kew lady popped her head round the door to say that if I was interested the Titan Arum had just flowered and was at its peak in the Prince of Wales Glasshouse. (and non smelly at this point). To be honest I was not quite sure exactly what this Arum was, but when I arrived at the glass house there was no doubt I was in the right place.
The Titan Arum is monstrously beautiful. A stunning 9 foot high creamy green spike thrusting up out of a fleshy frilled cup of purple red. It is the biggest flowering structure in the world. The Kew website has a couple of photos, taken the morning I was there and a couple of days previously, and lots more information.

The first European botanist to stumble on this monster in the rainforests of Sumatra was the Italian Odoardo Beccari in 1878. He sent seeds back to Italy and one of the young plants which grew from those seeds was sent on to Kew where the British had their first encounter with the “flower” in 1889.
The flowers of the Titan Arum are actually at the bottom of the spike and it attracts pollinating insects by emitting a nauseating stench which some say smells like rotting fish, or meat. Luckily, when I was there, it had not quite reached the peak of ripeness but there was just a faint uneasy whiff about it. The Indonesians call it the “Corpse Flower”. We don’t like it but the little pollinating carrion flies love it. 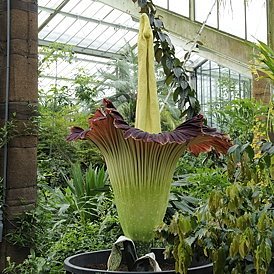 and two beautiful prints from Volume 117 of Curtis’ Botanical Magazine 1891, depicting the first flowering at Kew 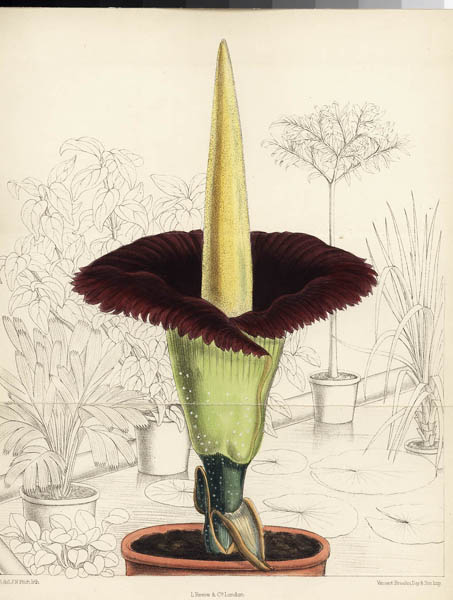 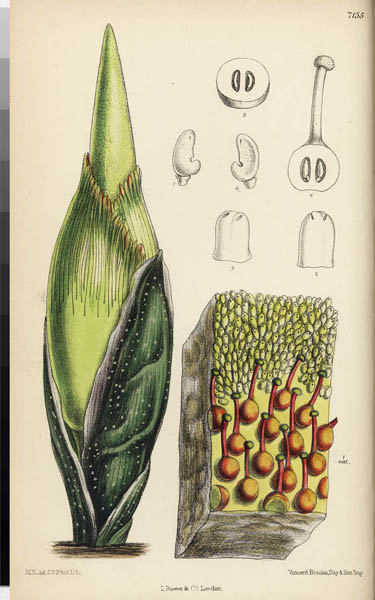 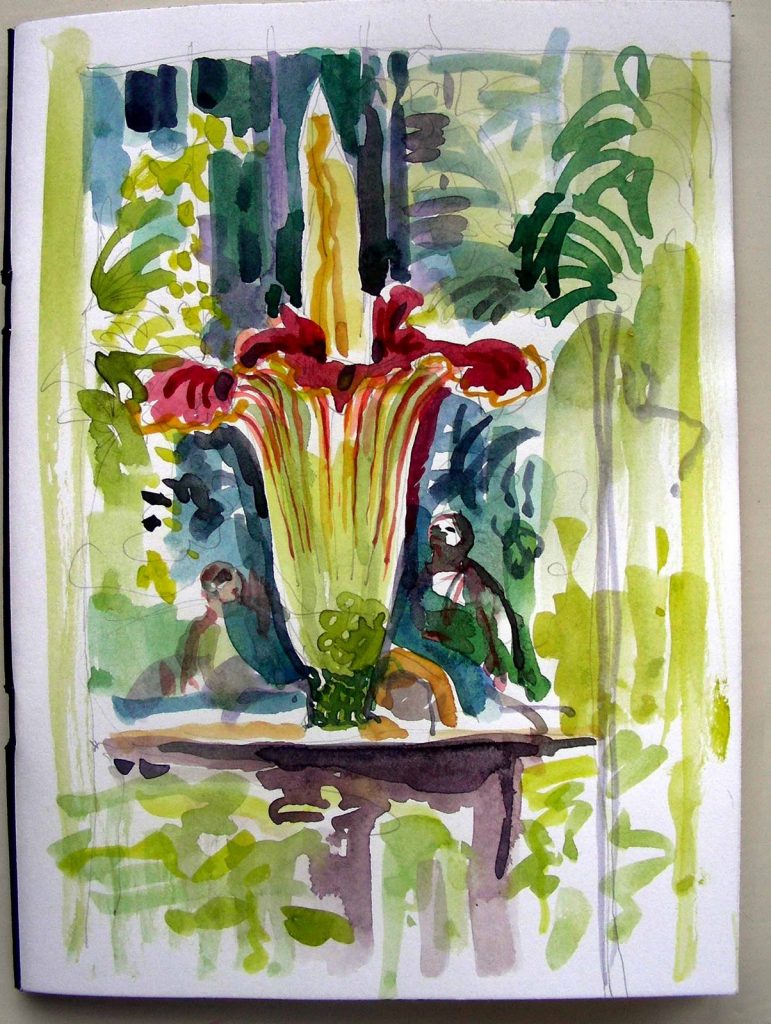