Leaf of the day: Leaves of Steel, the Mozambique Tree of Life

On Saturday before driving up to Lincolnshire I called in briefly at the British Museum, primarily to see if there was any more information on the wonderful knitted hats from the Cameroon. There were some very nice examples but I didn’t have time to sketch. However, an unexpected bonus was seeing the Mozambique Tree of life which is also on display in the downstairs African rooms. This impressive “tree” was made from decommissioned weapons which were handed in after the bloody 16 year war there. 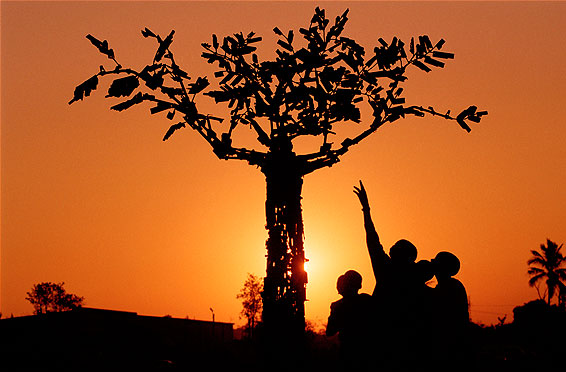 It was made under the umbrella of the “Transforming Arms into Tools” project in 2005, an initiative whose aim is to collect as many arms as possible from among the population and to destroy them, preventing them from finding their way back into use again at knock down prices. The guns are exchanged for tools which can be used to rebuild homes, farms and livelihoods. The success of this campaign led to an associated project to turn the decommissioned arms into works of art.
It’s a striking and poignant work, a tribute to the many dead and wounded in the 16 year conflict and for those involved in the project a glimmer of hope of a better future.
This extract and the images are from the Africa Focus website

“Mozambican artists spent three months creating the three-metre-high sculpture, made entirely out of weapons such as AK-47s, pistols and rocket-propelled grenade launchers. They see it as a way of using their art to promote peace.
There are still millions of arms hidden throughout Mozambique – a legacy of the 16-year-long civil war that ended in 1992.
In the last nine years the project, which employs some former child soldiers, has collected and dismantled more than 600,000 weapons.
Bishop Dom Dinis Sengulane is the founder of Transforming Arms into Tools, which is supported by Christian Aid.
He said: ‘I tell people that sleeping with a gun in your bedroom is like sleeping with a snake – one day it will turn round and bite you.’
Dr Daleep Mukarji, director of Christian Aid, said: ‘It’s amazing to see how Mozambican artists build a culture of peace through creating fascinating sculptures from dismantled killing machines. This project encourages people to exchange tools of death with tools for living.’
The Transforming Arms into Tools project has been so successful in collecting guns from former soldiers that other African governments are considering implementing similar schemes.
Neil MacGregor, director of the British Museum, said: ‘The Tree of Life is an extraordinary, thought-provoking sculpture which is a potent emblem of the complexities linking Africa to the rest of the world. Mozambique is one of the poorest countries in the world with more than three quarters of the population living on less than $2 a day.
Such extreme poverty can fuel crime. As long as the guns are still usable there is a danger that they could end up in the wrong hands and cause even more death and suffering.
Filipe Tauzene, a former child soldier, said: ‘The life I have now is much better as before I didn’t have the bicycle to move and go to town and sell things in my shop. I didn’t have iron sheets to cover my house. I have been given very useful things, which means I can get on with my life.’ 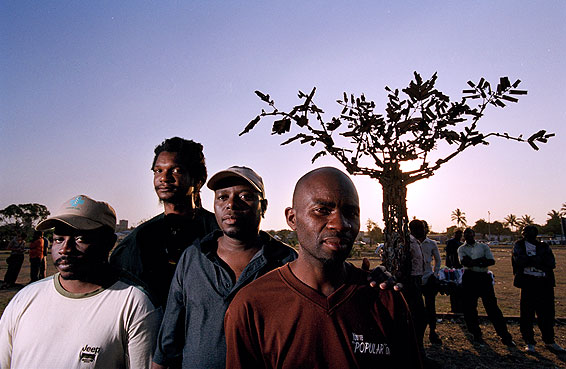 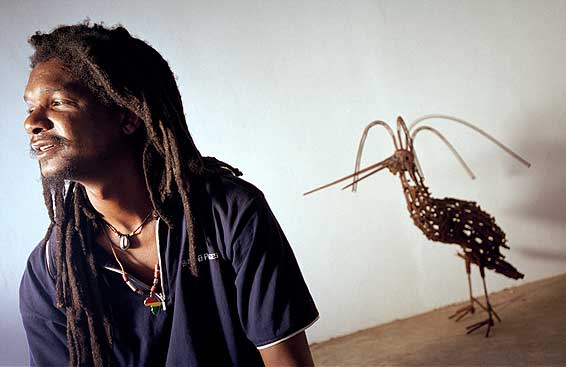 At the Museum the tree is displayed with insects and animals, as the bird above and my one good photo of the fly below. 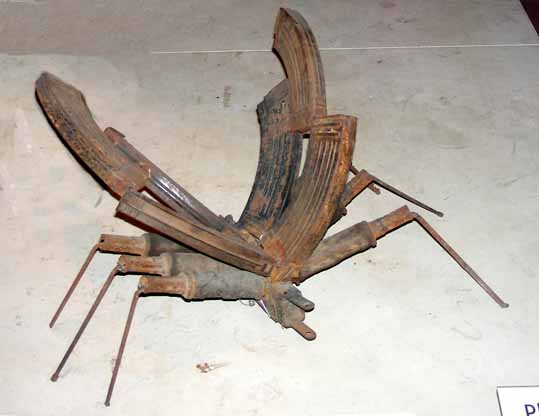