Leaf of the Day: Loquat Fruit

There are two loquat trees, eriobotrya japonica. (‘nispero’ in Spanish) growing locally here and I had not realised that the fruits were edible, because no one around here seems to collect them. But I do remember seeing dishes “with nisperos” on some menus in Spain. They are absolutely delicious.
Loquats and Kumquats are not related but share a similarity in their names because the Cantonese word kwêt, means an orange and both fruit are somewhat like small oranges. Peter Thunberg had seen Loquats in Japan in 1776 ( I wrote a little about this very interesting botanist here in the Sky Flower post) and plants were taken from Canton, China, to the Royal Botanical Gardens at Kew, England, in 1787.

Here are two beautiful images of loquats to celebrate their Oriental origin.
This one, Loquat and Mountain Bird a Chinese silk painting, Chinese Southern Song Dynasty (1127–1279) 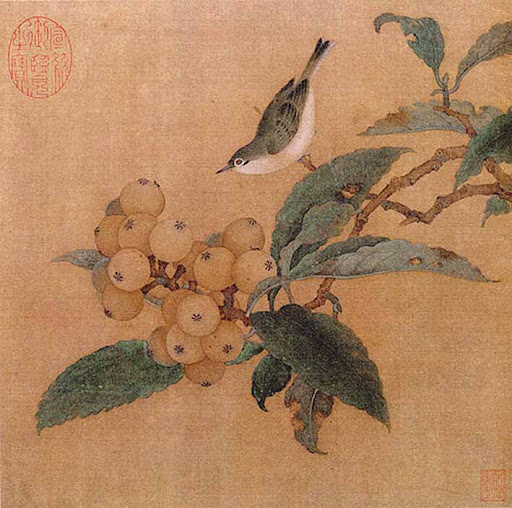 This one a Japanese woodblock print, by Shodo Kawarazaki 1889-1973 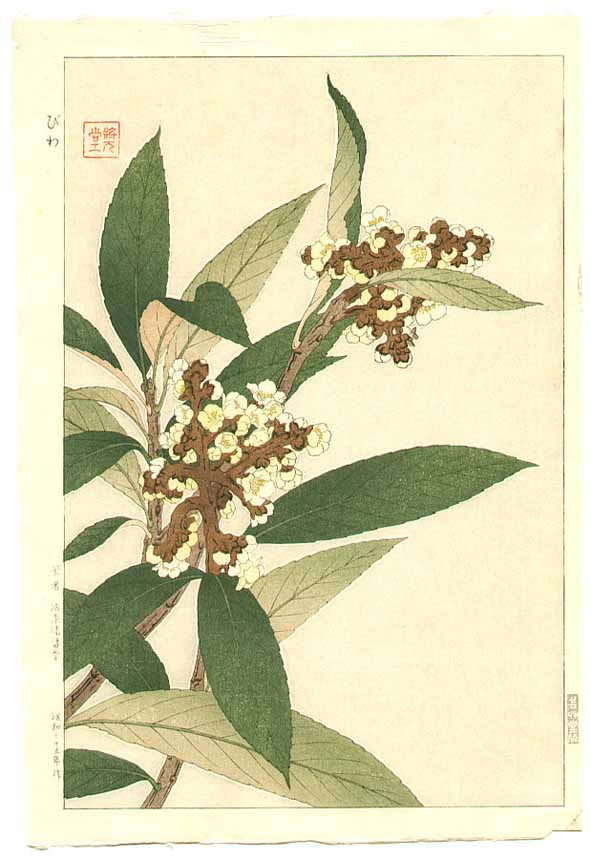 Loquats taste something like a cross between an apricot, plum, and pineapple with a delicate flavor. They are used in cooking quite extensively and have a high pectin content so are often made into jams and jellies and preserves.
Prepare a delicious loquat sauce to pour over pan fried pork tenderloin with strawberries, loquats, and Madeira wine. Delicious! 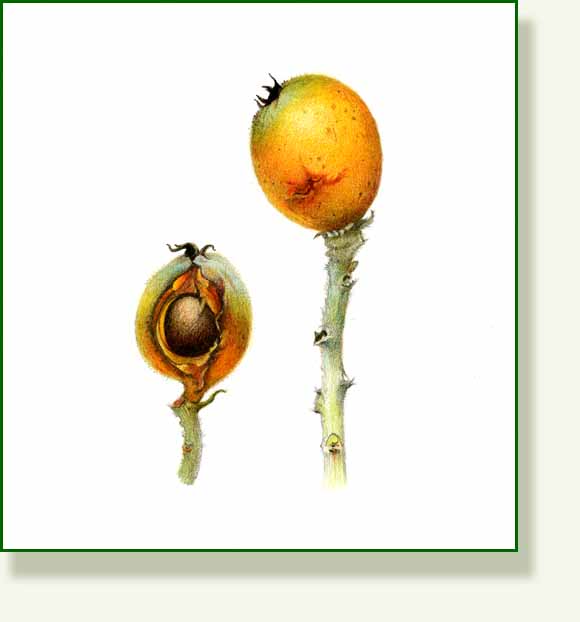