Leaf of the Day: Leu Garden Sketches: the trials of greens

Leu Gazebo Sketches.
These sketches were done over a few days at Leu Gardens..
(when I had finally found somewhere I was comfortable painting! As I said before, I have nothing but admiration for plein air painters) The next part of the course will be looking at mixing, and applying greens to botanical subjects so going out into the middle of lots of greens seemed like a good starting point. Also, as the pre-photo painter had to do, one should be able to produce a reasonable studio painting from information gathered from on-site sketches, without using photos at all, so this was another thought in the back of my mind for this week.

Initially I looked at tonal value. I have always found it very hard to convince students of the value of tonal sketches and I am sometimes lazy in doing them myself but they are so helpful. 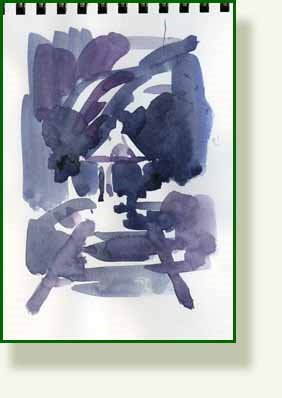 This is the first tiny sketch I made as I went round the garden just looking at things I liked.

The next three were done two days later when I decided to concentrate on this view. The first two were done at different times of the day with different shadows on the gazebo and trees. 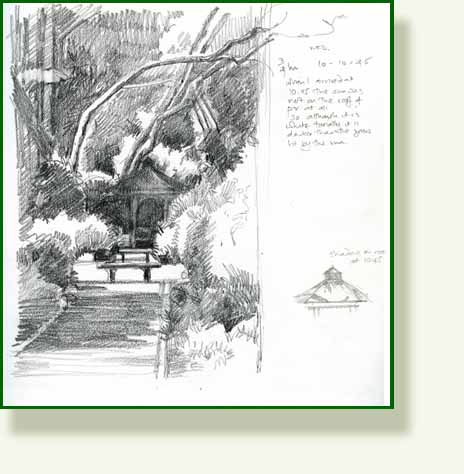 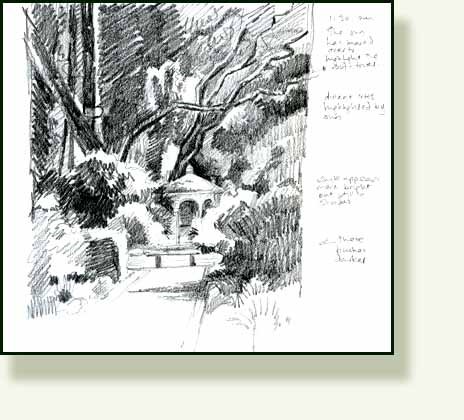 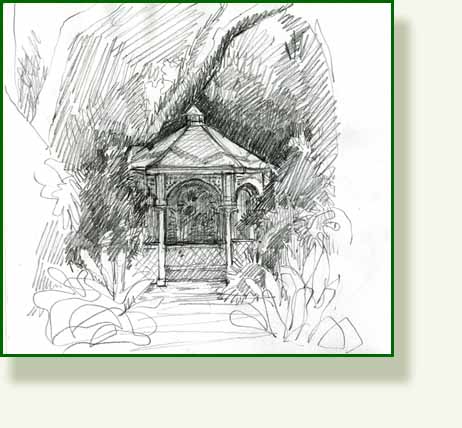 The next few are colour studies. The first is my very first sketch of this view before I decided to use this for my greens trials. None are finished work and none are entirely successful but are useful to me. Occasionally an odd passer-by, no doubt eager to see a watercolour masterpiece, cast an uncomprehending eye over what I was doing. I just tried to explain that these are practise exercises ..like doing scales on the piano, a bit obsessive, a bit tedious, not really for public consumption but good for the practitioner ( I hope). I do seem to have some trouble in ever getting to the grand performance but that is not my concern at the moment.

The sketches vary in colour and tone but were very good for observing and mixing greens mostly from blues and yellows but with viridian too because I just love that colour… not a very strict scientific decision but hey. 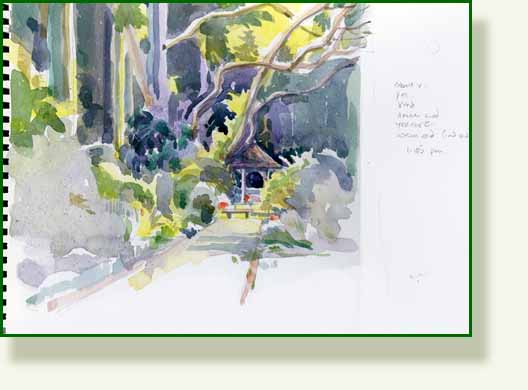 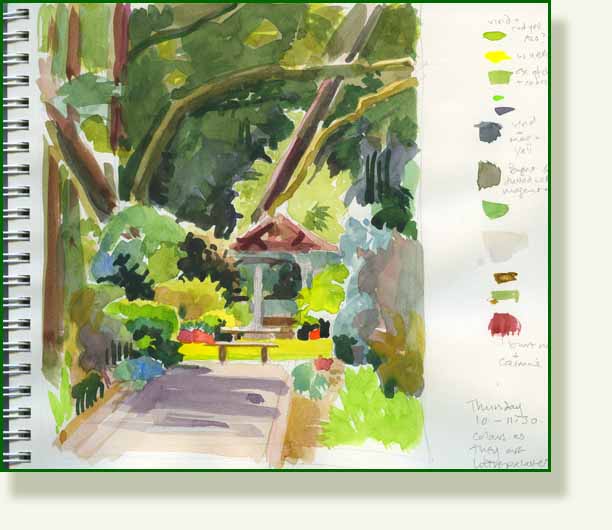 This one took a long time as I mixed and sampled each green to match what was in front of me, before putting it down. Although I say it myself it is a fairly accurate colour sketch. (I should have used better paper. It was just in my thin 70 lb sketch book paper )

These next three are just different colour ways with different green mixes. 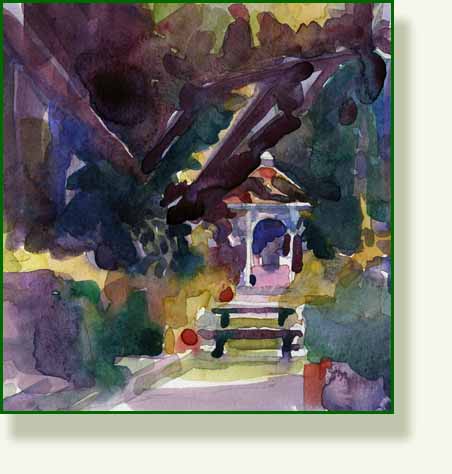 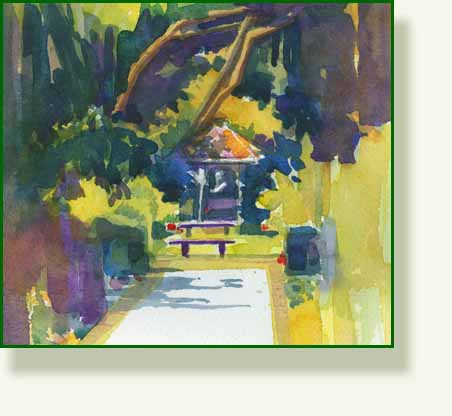 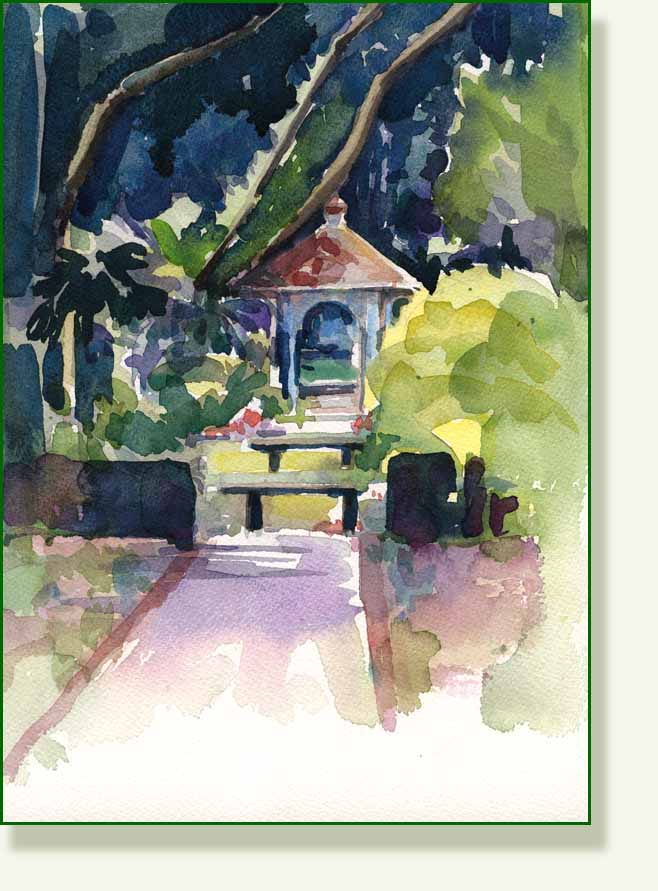 Taking all these together now and applying some colour theory I should be able to come up with a reasonable watercolour sketch without having to resort to photos. I will have a go this week.

Other Sketches
I did find another view I liked and, inevitably, some more trees.. 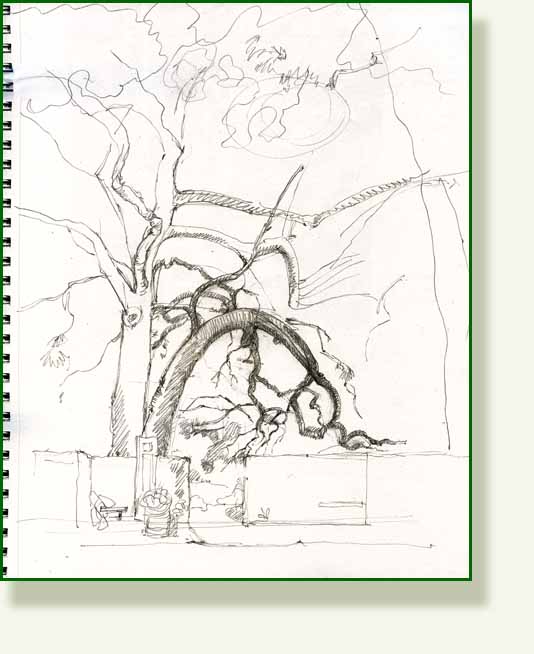 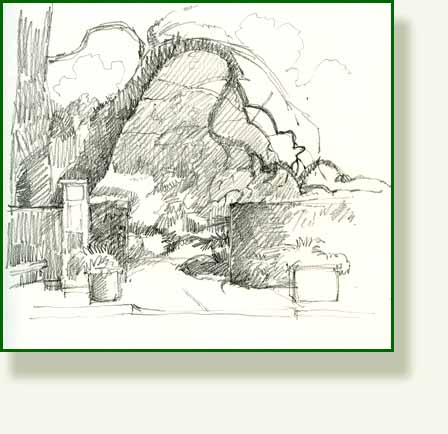 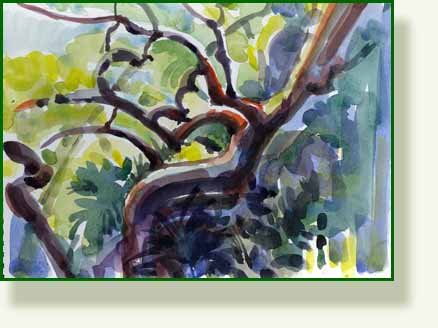 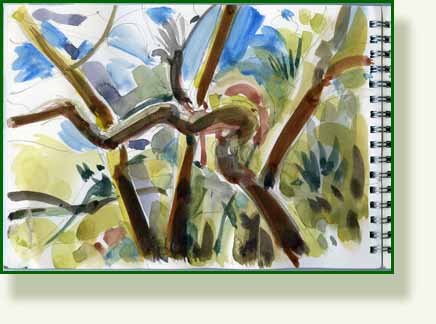 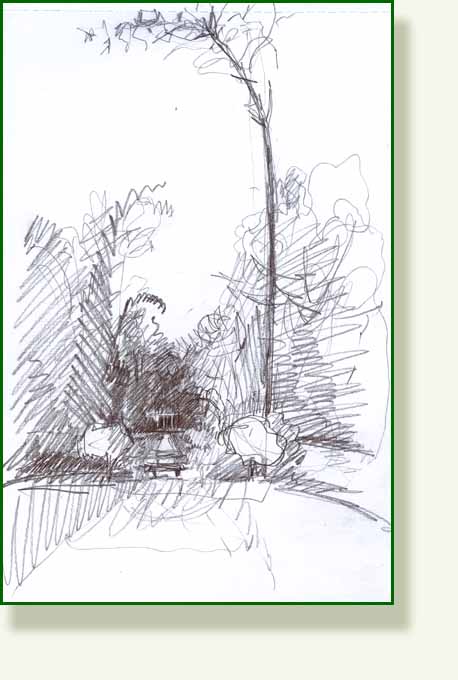 This is my favourite!